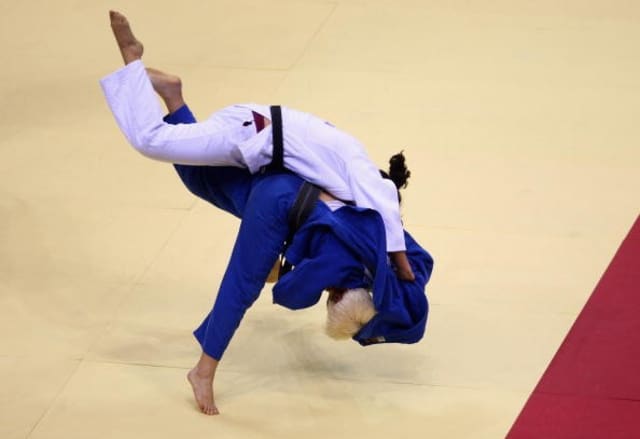 The build-up and qualification period for the Tokyo 2020 Paralympic Games will see judoka go for Asian, Pan-American and European titles as well as compete at four Grand Prix – formerly known as World Cups. Of the Grand Prix taking place, two will be held alongside International Judo Federation competitions as part of a Memorandum of Understanding signed in September 2018. Judoka will compete on separate days to their sighted counterparts, but will benefit from the same venues, infrastructure and exposure. Getting 2019 underway will be an IBSA Judo Grand Prix in Baku, Azerbaijan, from 13-14 May. This will be held with the IJF’s Grand Slam. Focus will then shift to the 2019 IBSA Goalball and Judo International Qualifier in Fort Wayne, USA, from 2-5 July, which was announced in 2018. The 2019 IBSA Judo European Championships will offer athletes the chance to grab titles in Genova, Italy, from 27-28 July. Around 100 athletes from 16 countries are expected to compete. Atyrau, Kazakhstan, will host the 2019 IBSA Judo Asia/Oceania Championships on 4-5 September. The location of World Cup competitions in previous years, Atyrau 2019 is expected to attract 100 athletes from 12 countries. Rounding off the year will be a Grand Prix in Tashkent, Uzbekistan, from 7-8 October which will once again be held in partnership with the IJF. Into 2020, the IBSA Judo Pan-American Championships will return to Canada on 12 January. Montreal will play host to 60 judoka from eight teams. Great Britain will then stage the penultimate IBSA Judo Grand Prix in April before another joint IBSA Judo and IJF Grand Prix is held once again in Baku from 11-12 May – just three months before the Paralympics. Norbert Biro, Chairperson of the IBSA Judo Committee, said: “Following on from a hugely successful IBSA Judo World Championships in Odivelas, Portugal, in November which saw a record number of athletes compete, we are excited to reveal the calendar for the build-up to Tokyo 2020. “We are now in a crucial stage as judoka take every opportunity to put in their best performances. The level of competition was saw in Odivelas was exceptional and shows that the sport is growing in quality with every year that passes. Fans can expect it to get even better over the coming 18 months. “I would like to thank all Local Organising Committees for their commitment to staging these important events, and to the IJF for their support in helping us to build IBSA Judo through our great partnership.” The full competition calendar for 2019 and 2020 can be viewed at IBSA Judo’s website. Previous European, Pan-American and Asian/Oceania Championships were held in Walsall, Great Britain, Calgary, Canada, and Tashkent, Uzbekistan, respectively. The 2018 IBSA Judo World Championships saw 268 athletes from 42 countries compete in the biggest edition of the event to date.