IN THE HEART OF PASSION

Written by Nicolas Messner on 16. Feb 2018
Share
If there is one area in which passion is expressed in all its forms, it is that of refereeing. During a competition, whether local or international, everyone has a reading of what happens on the tatami according to objective but also subjective criteria. What makes complex judo refereeing is that one does not measure a distance or a time, but one appreciates a technique and the referee at the center of the arena must react immediately. If the principle of the sport is easy to understand, since it is necessary to throw the opponent on the back with force, speed and control (ippon), the estimation of the techniques and the values ​​which are attributed to them is a science which calls upon many skills. 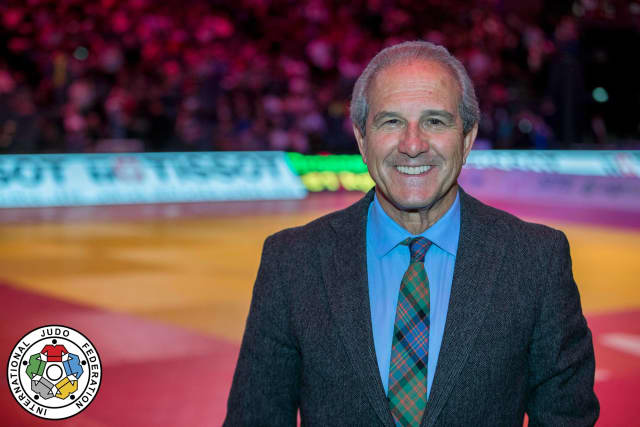 "My role is to try to create a solid team of experts. At the international level, we need to have the best referees and judges, but our mission does not stop there. With the IJF President and with the support of the exectutive committee, my colleagues and I want to make sure that whatever happens, the real winner leaves the tatami. For this we rely on a group of international referees who not only have refereeing knowledge, but who are also more generally speaking experts in judo."

To carry out this mission, the IJF Refereeing Commission works closely with a group of supervisors who are former World and Olympic medalists and who have a very professional approach to judo.

“
The work is not only based on a pure factual analysis of the techniques. We work with all the commissions of the International Judo Federation
Juan Carlos Barcos

In recent years, refereeing rules have steadily evolved. Behind the evolution lies one philosophy, details Barcos: "We wish to have a judo that is more beautiful and more dynamic to follow, but at the same time we have the duty to make it as safe as possible. Competitors are athletes who are better and better prepared, and more and more efficient. We must protect them, especially the youngest ones. Judo is in constant evolution and we have to adapt continuously, but if this is true for the rules themselves, we are very committed to maintaining the values ​​of our sport. It's absolutely fundamental."

In order to carry out this difficult task of making the right judgment at the right time, the refereeing commission can rely on powerful technological tools, such as the CARE system which uses video refereeing and which has made the IJF one of the leading international federations in this sector: "Today, judo has become fairer and more professional. In addition to the CARE system, which is there to assist the referee and the two judges who lead the matche, we have also set up a draw for the referees which allows us to guarantee their complete independence. The only thing that matters to us is that we have the most fair sport." 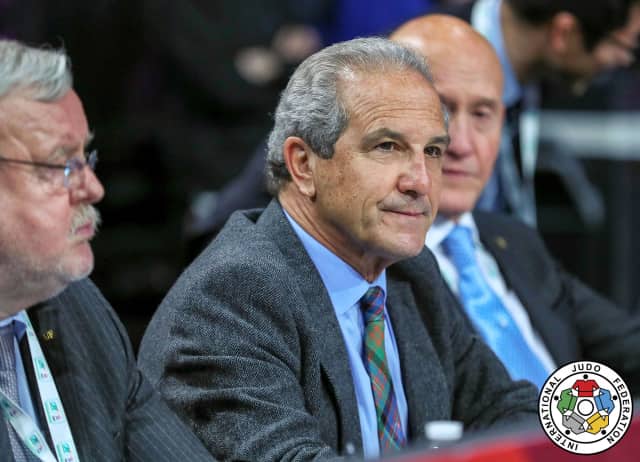 If the refereeing commission relies on precise and reliable tools, it is also composed of people with a strong experience, who have years of judo behind them. Juan Carlos Barcos began judo at the age of thirteen, in his home town of Pamplona in Spain. Very quickly the sport became a passion, that of a whole life. As a young practitioner and then a competitor, he also passed his judo teacher's diplomas, and while he was studying economics, he decided to set up his own gym whose judo quickly became the driving force: "Everyone thought I were crazy to create such a structure. But quickly, it was very successful. I became the judo teacher and in parallel I started to be a referee. I climbed the ladder to find myself refereeing the Moscow Games in 1980, then those in Los Angeles in 1984. That remains among my fondest memories."

After having worked on the Russian and American tatamis, Juan Carlos Barcos joined the refereeing team of the European Judo Union and in 2001, that of the International Federation. To date, he has already participated in 9 Olympic Games: "I must say that throughout my life, I could do something I love. I was able to travel, meet thousands of incredible people and was able to participate in the evolution of an extraordinary sport. In recent years, my motivation has been based on the observation that judo is evolving positively at an incredible speed in all sectors."

If you can meet the head refereeing director in major international competitions, he is also regularly present with his colleagues in all corners of the world to conduct refereeing seminars and meet people who build judo: "When we come here in Paris, it's pure craziness. The French are really passionate about judo and thousands of fans attend the Grand Slam. But when I go to Nicaragua to take just one example, the people I meet are also passionate about our sport and they are eager to know more. Only judo is able to unify so many people. When we go on the tatami, religion, culture, opinions ... take second place, we speak the same language and we understand each other."

One of the objectives of the refereeing commission is to make judo easier to understand so that people can admire its beauty. The emphasis is on an offensive judo.

“
It's the technique that has to win. Athletes must attack if they want to succeed!
Juan Carlos Barcos

While the rules have been regularly adapted in recent years to keep pace with the evolution of judo, at the same time, the doors have been wide opened to attract new talent and especially former athletes: "We need the former top athletes. First they have great credibility in the judo family, they progress quickly and they can continue to work for the development of our sport. There is something exhilarating about being a referee because you can have responsibilities and at the same time have the pleasure of giving righteous decisions. At the end of a competition day, they can have the feeling of a job well done."

At the beginning of 2018, the group of international referees under the responsibility of Jan Snijders and Juan Carlos Barcos includes about 50 elements from five continents: "In a few months we will tighten the team to keep about thirty referees who will attend on a maximum of events. Then, with the Tokyo Games approaching, they will be reduced to 16. They will follow an intensive preparation work on the rules on the one hand but also on the tatami on the other hand."

One thing is for sure, when listening to Juan Carlos Barcos: you quickly realize that if there is one thing that drives his commitment to the sport for decades, it is his passion for judo. A passion that he could express in different ways and that today he serves by being immersed in the heart of the passion of millions of practitioners.