The historic decision will thus allow all nations to display their national insignia and national anthem, including Israel.

The International Judo Federation salutes the efforts of the UAE Judo Federation as well as the fair-play and mutual friendship and respect shown by the UAE authorities, which represent a huge step forward in establishing and promoting peaceful relationships between all nations of the world. Together with our partners from the United Arab Emirates, IJF remains committed to the fight against any discrimination in sport and to using sport as a tool for reconciliation and promotion of peace and moral values in the world, inspiring the new generations. 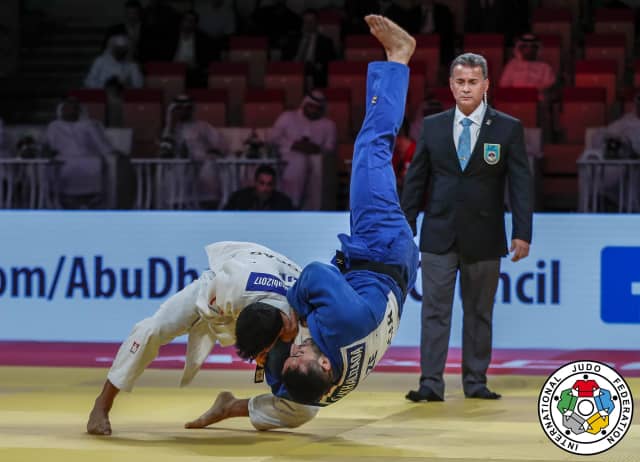 Final of the men's -66kg of the 2017 edition of the Abu Dhabi Grand Slam: Tal FLICKER (ISR) vs. Nijat SHIKHALIZADA (AZE)

Consequently, the International Judo Federation is hereby re-instating the Abu Dhabi Grand Slam to the IJF calendar. We thank all the stakeholders for their understanding and collaboration in the process.