By Mark Pickering on 08. May 2019
Share
The 2018 World Judo Championships host city of Baku is gearing up for another judo blockbuster as the Azeri capital is the appropriate location for the final major before the 2019 Worlds in Tokyo this August.

Azerbaijan will provide 43 judoka for their home blockbuster while Russia have sent 28 judoka and Ukraine will field 18 athletes while Brazil, Poland and Turkey are all in town with 17 competitors apiece.

With 109 days to go until the Tokyo Worlds, the ultimate battleground ahead of next year’s Olympic homecoming for the sport, all nations and judoka are fighting to their limits and beyond in search of golden performances to secure their tickets to Japan.

After a Worlds to remember last year in Azerbaijan, Baku becomes the last major stop before the 2019 version this year. Following Grand Slam events in Paris, Düsseldorf and Ekaterinburg, it’s the oil-rich nation which will now offer the most points before the summer showdown at the Nippon Budokan.

A total of 449 judoka are currently on the starting list with 57 countries represented.

Olympic champions Rafaela SILVA (BRA) and Tina TRSTENJAK (SLO) have both made the familiar trip to the land of fire along with world champions YOSHIDA Tsukasa, HAMADA Shori, ARAI Chizuru (all of Japan) and Nikoloz SHERAZADISHVILI (ESP). 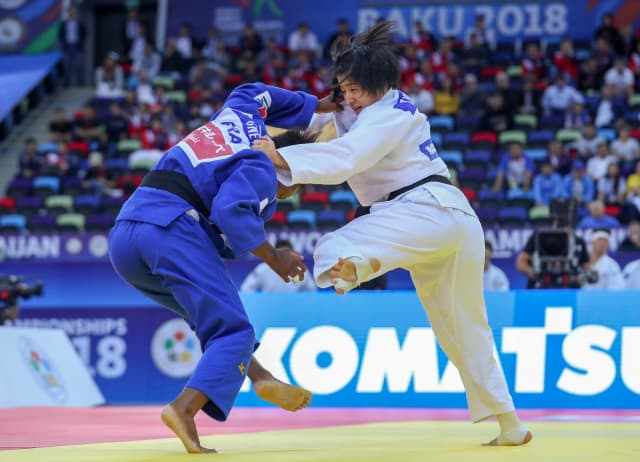 The next Worlds hosts Japan have tinkered with their team in a major way as their initial 28-strong team, which was widely regarded as being the most lauded team in the history of the IJF World Judo Tour, has been amended to an eight-strong team which includes the three aforementioned red backpatch owners.

Gold at a Grand Slam comes with a colossal reward of 1000 World Ranking List points while silver offers 700 and bronze provides 500 points.

Baku is the most pivotal event of the 2019 season and will go a long way to shaping the team selection for most nations for the World Championships.

While there are still Grand Prix events to come in the time between Azerbaijan and the worlds – in Hohhot, Montreal, Budapest and Zagreb – this weekend offers the biggest prize of the season to date and is guaranteed to be high on drama, explosive action and pure emotion.

Watch #JudoBaku from 10 to 12 May live and free here on the IJF website.