09. Dec 2019
Share
7 judokas, from different countries (France, Japan, Nepal), just came back from Nepal, where they spent 15 days from november 17-30, as part of the first judo solidarity project organized by Morgan Girardeau after his trip around the world. 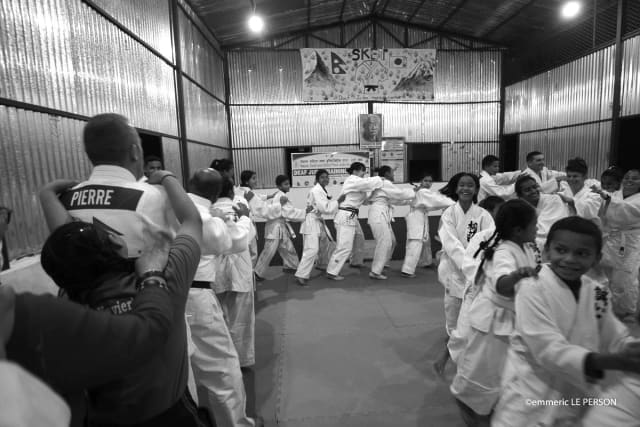 As they discovered Kathmandu and its surroundings, Lucie Roche, Misaki Yamada, Mohan Bam, Emmeric Le Person, Laurent De Oliveira, Pierre Frisch and Morgan Girardeau met Nepali judoka and SHARED with them the principles and values ​​of our educational and sports discipline.

In the dojos of orphanages, schools, specialized institutions for visually and auditory impaired people, during each judo training session, beyond their time and their energy, they offered judogi, belts, educational and school material, toys, souvenirs (badges, key rings, stickers) as well as postcards with the portrait of Jigoro Kano.

Osteopath, Lucie also put her skills at disposal on and off the mats. 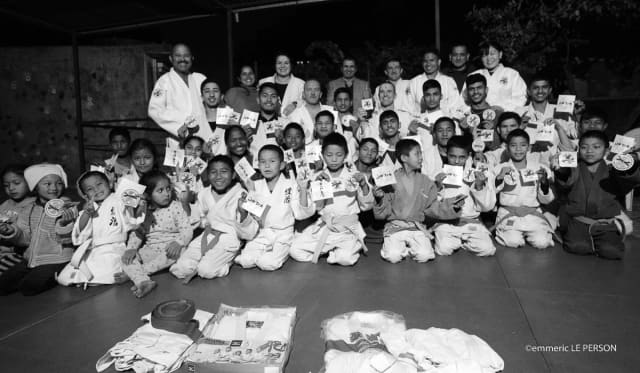 During their stay, in connection with Nepal Judo Association and Deaf and Blind Judo Association, they also planted 3 mango trees, contributing to the annual World Judo Day project of the International Judo Federation, whose theme for 2019 was "Plant a tree".

"It was an intense and emotional experience, based on the "Jita Kyoei - Mutual welfare and benefit" principle that we will surely never forget" said Morgan Girardeau, the founder and organizer of this project, before adding: "Especially because this awesome human adventure has been widely followed and shared on social media, so as 'The globetrotting judoka´ facebook page, where are posted all the photos taken by Emmeric Le Person, professional photographer and member of the team.“ 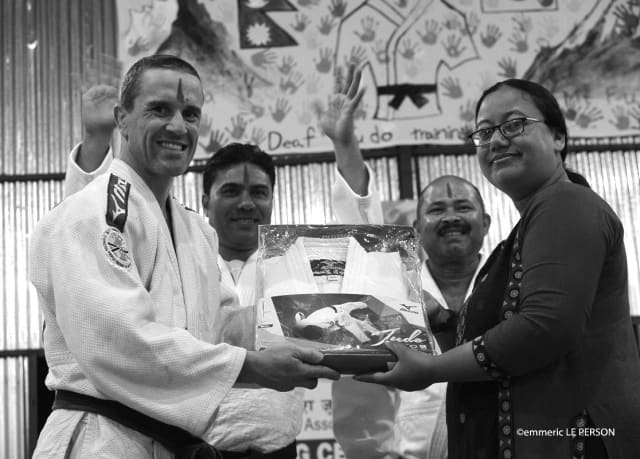 The team wishes to thank very warmly Mizuno, clubs and judokas from France who, by their donations of judogi and belts, contributed to the success of this beautiful action of solidarity.

Morgan added: "During these fifteen days in Nepal, we modestly took part in the promotion and development of judo in the country. The smile and generosity of all its habitants have been our greatest reward." 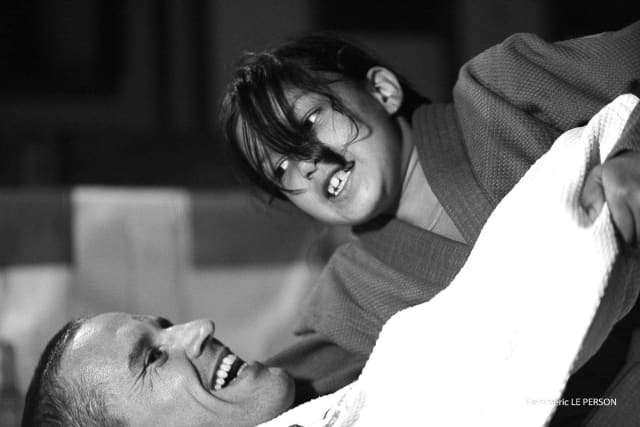 Soon, a photo magazine, made by Emmeric Le Person will be available.

NEPAL
Judo as a Second Home for Orphans in Nepal

Story & Video
Against all Odds