On being Nadia Comaneci: Authentically Herself in a World that loves Her

Written by Alan Abrahamson on 05. Jul 2019
Share
It was a hot and humid late afternoon 4th of July but no matter, because Nadia Comaneci was in town, and wherever Nadia Comaneci goes, there is light and love and joy, and people are drawn to her and she to them, and especially here in Montreal, because it was here, as a 14-year-old, way back in 1976, that she executed the Perfect 10, and nothing has been the same since, not gymnastics, not the Olympics and for sure not Nadia and the very many people who want to be around her. 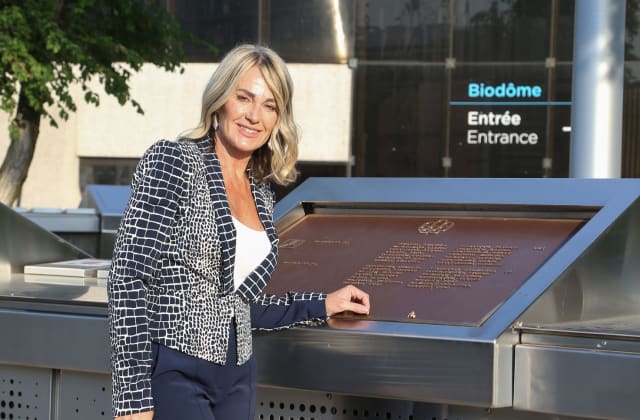 Which is, truth be told, pretty much everyone.

Nadia is not only very much alive, she is a life force, and that is just one of the reasons people — in every country — want to be near, to feel what it must be like to be perfect, if even for a moment, because life is not perfect, as fate is glad to remind us all but, then again, as Nadia observes, if you work hard, maybe, just maybe, you, too, can be great, because everyone has it in them to be great.

You know what great means? It hardly has to mean you are going to qualify for the Olympics, or even win a gold medal. Great means today is a little bit better in some way than yesterday, and by that same measure tomorrow is better than today. That for sure is great. Just ask Nadia.

And not only that. If, she likes to ask, you were good at one thing but you went out to watch your friend who was doing something else, wouldn’t that make your friend feel really special? To know that you cared? We should all care that much, right? That is — great. This is why Nadia, who is from gymnastics, came to Montreal in the first instance, to watch some judo, and why the International Judo Federation formally made her an ambassador, and her response was to say she hoped that her being here would motivate the judo athletes to be the best they could be.

Nadia is real. She is honest. She is authentically herself, and in a world in which so very many people want heroes who are those very things — there is Nadia. 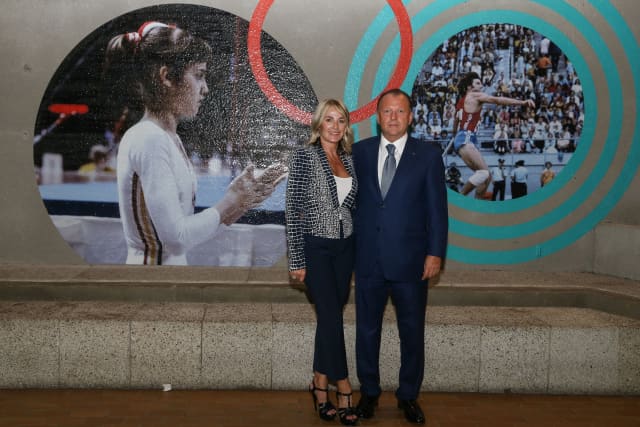 Nadia had only taken a few steps onto Nadia Comaneci Plaza when, from across the way, a couple saw her. Nadia now doesn’t look anything like the 14-year-old Nadia from 1976. That picture is right there on Nadia Comaneci Plaza. She is quick with a laugh about how Nadia the woman, Dylan’s mom, Bart’s wife, doesn’t look anything like what she looked like at 14. Why should she?

Life can change everyone. For some people, change can be — well, in this context, great. Because everyone still knows Nadia.

“Hey, Nadia!” this couple called out, and there were big smiles — from Nadia, too, who of course said hello right back — and so here was this couple’s 4th of July north-of-the-border brush with greatness, and now they had a story to tell their friends and, one day, their children and maybe even their grandchildren.

We saw Nadia! And as they will tell it, because this is true: she was so nice, so gracious. She said hello back to us! Without hesitation, without being prompted.

People. this is no act.

For years, Nadia has been in the spotlight. But who has been more gracious in it?

What you don’t see is what happens when the lights are off. Nadia’s hello earlier in the day, for instance, with the hotel maid. Nadia treats everyone — everyone — with dignity.

Way back in 1976, the scoreboard couldn’t even register a Perfect 10, and that’s the way Nadia likes to tell that story, because the display only had three digits, not enough to accurately read out the score. Instead, it showed one-point-zero-zero — “1.00.” 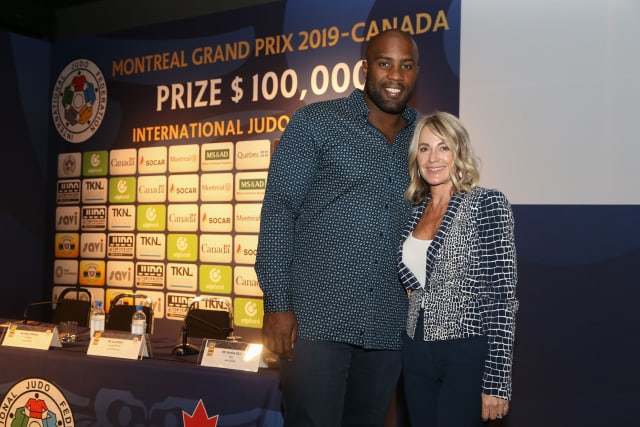 Even when you’re perfect, life has a way of reminding you otherwise.

This is why Nadia brings light and love and joy to the room. Of course people want to be around. Who else can turn a one into a 10, and — as she has done now for 40-plus years — laugh about it, sharing the very thing that everyone, and particularly on the 4th of July, is ever in pursuit of?