By Mark Pickering on 11. Mar 2019
Share
The International Judo Federation (IJF) and All Japan Judo Federation (AJJF) have agreed on a new set of colours to be used for the competition mats at the 2019 World Judo Championships in Tokyo which are presented by Park 24. 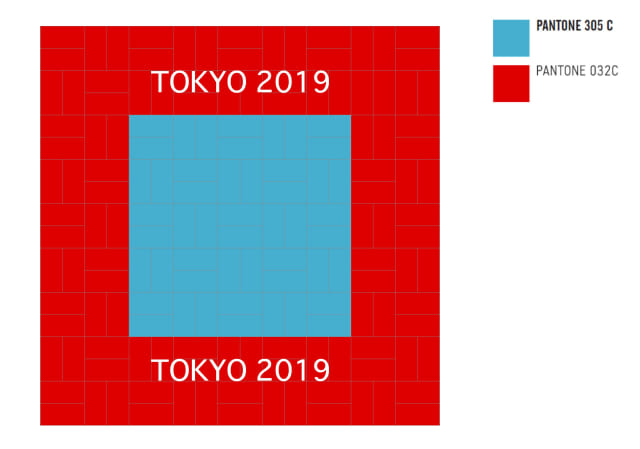 The new colour scheme is also expected to be used at the Tokyo 2020 Olympic Games and will first be tested at the World Championships which will be held on August 25 to September 1.

The tatami will make its first debut at the All Japan Judo Championships (by weight category) on April 6 and 7 where Japan's best judoka compete to earn a spot in their country's World Championships team.

AJJF President, YAMASHITA Yasuhiro, said: "With the announcement of the new colour of tatami, we can begin to imagine the atmosphere of the 2019 World Championships Tokyo and 2020 Olympic Games. We are currently 500 days out from Tokyo 2020, we will continue to work hard in our preparation so that we can deliver a historic Olympic Games. An Olympic Games where the performance of the athletes will inspire fans and give them the courage to go after their dreams.”

Official supplier of the IJF, Taishan Sports Equipment Co.Ltd will produce the new tatami. The blue inside area (305C), and red outside area (032C) were developed to be viewer friendly for both spectators at the venue and viewers on TV. At the current moment, it is undecided whether the tatami will be used at events other than the aforementioned World Championships and Olympic Games.

Judo for Peace
Beirut Blast: What Else Can We Do?

News
Score Ippon to the Coronavirus

Interview: the Coronacoaster in Australia
Control the Controllable

Judo culture
The Belt: Myth and Reality of an Essential Symbol

A Year On
Remembering Craig Fallon