"Nobody Should Ever See What I Have Seen"

Written by Pedro Lasuen on 05. Jun 2022
Photographs by Emanuele Di Feliciantonio
Share
He is a man who economises on his gestures. He moves slowly, cautiously, as if he wanted to go unnoticed. Up close, his presence becomes a magnet due to his eyes. You have to be brave to keep his gaze, because what he conveys is that his eyes have seen everything, especially the worst. 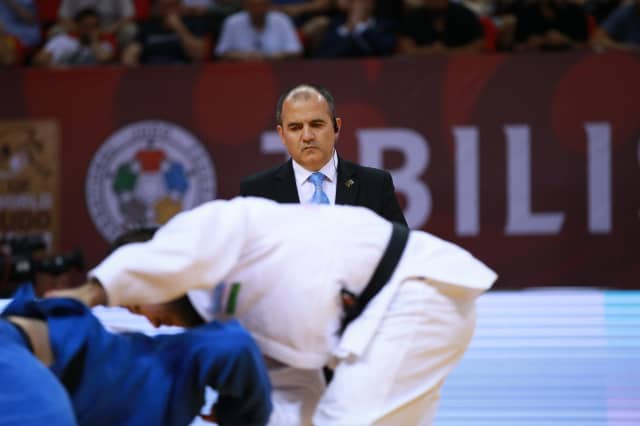 His name is Vitalii Sulima, he is 48 years old and comes from Ukraine and so you already know which way the wind blows on this story but one thing is to imagine and another is to know the story of the horror.

Vitalii is married and has three children, two of whom were adopted because they were orphans. They lived in Pokrovsk, a city that before 24th February 2022 had 75,000 souls. Vitalii is a judo coach in Ukraine, specifically from the east and his life was spent between his work, which is also a passion, and his family; a nice routine. He was a happy man. Since February, his life has been blown up. “I have seen things that no-one should ever see,” says Vitalii. It is a mixture of rage and impotence, leaving a home with the hope of returning one day, but without certainties. War is like that, being not only about destruction and death but also the annihilation of dreams and any hint of happiness.

“A lot of people had left the city. I wanted to stay a little longer, it is my house, but when your children jump, terrified by a slamming door, then you understand that the time has come.”

Pokrovsk is being besieged from three sides. The Ukrainian army is holding on as best it can, like everywhere else and in most of the city there is no longer any water, gas or electricity. In April he was able to maintain telephone communication with Florin Daniel Lascau, Head Referee Director of the International Judo Federation (IJF). "A providential call," he explains, "the time had come to leave."

Nothing will be able, at least in the short term, to compensate for the fear, the nightmares and the sadness of leaving a life behind. Instead, you can support by offering hospitality, comfort and work. “It was when I really understood that the judo family is a reality and not a motto or a myth." 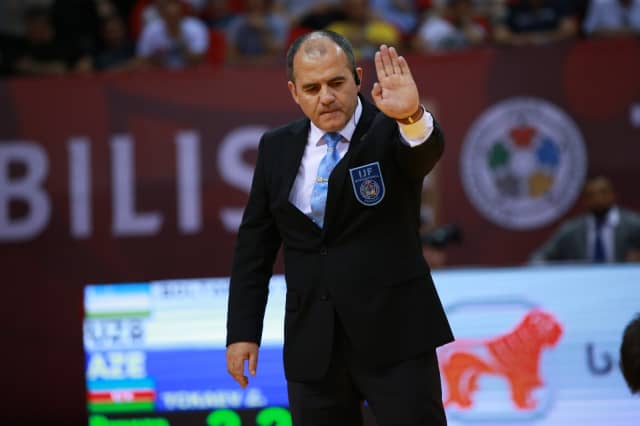 Vitalii and his family crossed a war-torn Ukraine for three and a half days, the time it took to reach the Romanian border. There they were received and housed, they rested and rebuilt a routine, the duration of which is impossible to anticipate. "For me the future is a blanket of fog and I can't stop thinking about my sisters and my parents, who have stayed in Ukraine." That is also war, the concern for those who remain behind.

In just two months, Vitalii has refereed for the IJF and the European Judo Union (EJU) four times. He is satisfied; it is a way of claiming his right to normality, to do his job like any other person. “I would like for no-one to have died violently, that things were like before. I wish everyone health and peace.”

Vitalii has little time for lunch, he has been refereeing all morning at the Tbilisi Grand Slam and he still has the final block to go. We shake hands and then Vitalii smiles and that says it all.