Written by Gabriela Sabau, Marina Mayorova, Christian Pierre on 25. Aug 2019
Share
After a number of exciting pre-championship activities, such as the IJF Congress, the Gala to celebrate the 55th anniversary of judo as an Olympic sport, the art exhibition and the Gender Equity Conference, the much anticipated 2019 World Judo Championship finally kicked-off with the preliminaries of the -60kg and -48kg weight categories on 25 August. Prior to the final block of the day, IJF’s major event hosted in the legendary Nippon Budokan officially opened with a solemn ceremony. 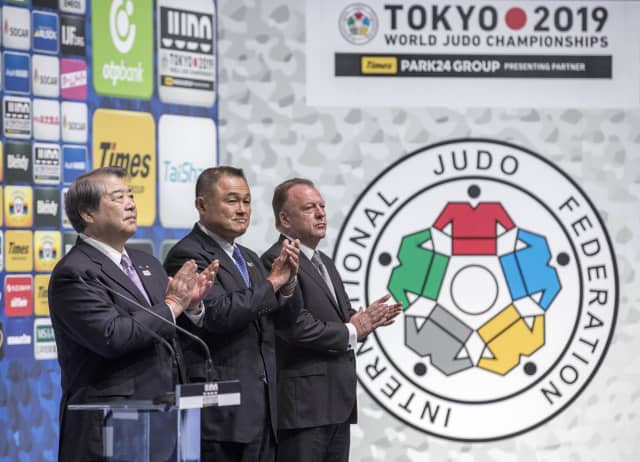 After playing the Japanese national anthem and the IJF anthem a Guinness Book awarding ceremony took place. The worldwide judo family participated in the ‘Ippon Project’ by contributing their photos. These photos were connected to create the world’s longest poster. There are 2019 judokas displayed on this poster to celebrate this event.

“In 1955, the first edition of the Guinness Book of Records was published in the UK,” Ms. Ishikawa explained. “In our plus 60 years of history, we have approved thousands of records worldwide. We officially recognize the world’s amazing achievements and our purpose is to inspire all people to discover their true potential. Today we are pleased to announce that the great achievement made by AJJF has been officially approved by Guinness World Records. You are amazing!” 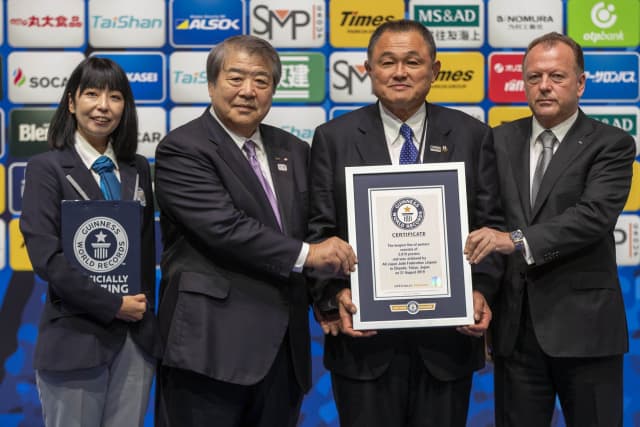 “The Olympic history of judo started right here in this historic Budokan at the 1964 Tokyo Olympic Games, 55 years ago,” said AJJF President Yamashita in his welcome speech. “Now we are hosting the World Championship and next year Olympic judo will once again return to this historic hall.” Mr. Yamashita had an important message for all competing athletes. “I look forward that you fully show the result of the many days of your training and hard work but compete fairly and take ippon with pride.”

“I hope that all the athletes taking part in this great competition will practice judo in an honorable manner,” said Kodokan President Uemura in his speech. “Value matters as ippon is taken with waza as well as engage in fair and positive competition with the best in physical and mental abilities.”

“Welcome to the World Championship in Tokyo. I want to show my gratitude to the AJJF and the Kodokan for the organization in partnership with the IJF to host this event,” IJF President Vizer said in his opening speech. Mr. Vizer also thanked the media for their presence, and everybody involved behind the scenes who has worked hard to contribute to a successful championship. “Wishing every participant, a successful event, I declare the World Championship in Tokyo open!”