Written by Nicolas Messner on 30. Apr 2018
Share
On the model of those already held in China in 2014, then in Canada, Australia and finally in India, the International Judo Federation and the Iranian Judo Federation have just successfully completed a major Judo Educational Journey through Iran, which took place during the month of April with the support of Olympic Solidarity. 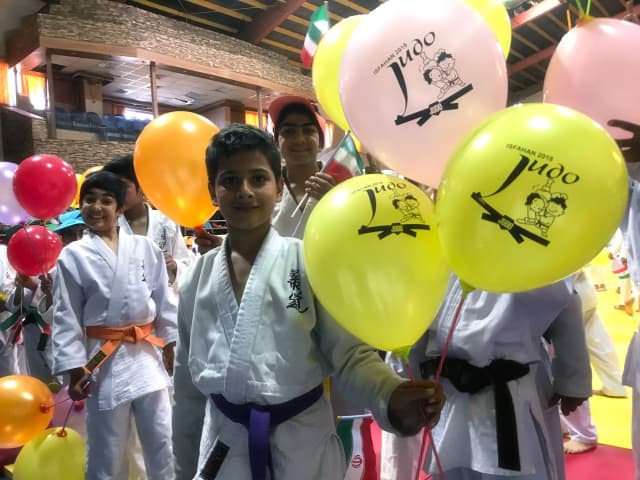 For two weeks, a delegation of international champions and experts travelled across the country to meet hundreds of male and female judoka, and focused on promoting the educational and training values ​​of judo, especially among the youth.

To open the ball of this great tour and for the first time as an IJF expert, Gevrise Emane (FRA), triple world champion, Olympic bronze medalist and member of the IJF Judo for Peace commission, had the task of promoting judo for women in a country that has so far been world-famous thanks to its men's team. Yet in recent years, many young women have started to emerge at the continental level and there is now a national will to develop women's judo. The sessions led by Gevrise and organised in the vicinity of Tehran and Isfahan were a very popular success and then the French great was able after that to go back to coaching the French Cadet team (one of her new missions since her retirement as a top athlete) totally reinvigorated.

Taking over from Gevrise, Miklos Ungvari (HUN), a three-time world medallist and Olympic silver medalist, was on the run for a major educational tour for the second time, after his active participation in 2016 in India and Nepal (India: https://youtu.be/71z3h5yp6h4 - Nepal: https://youtu.be/JlLnxCHO5XY). His commitment was once again total and his good humour appreciated by the hundreds of judoka who only had eyes for the champion, during the dynamic and interactive judo sessions, which every day ended with long photo sessions and sometimes looked like a rock and roll concert, as there was so much of a craze for judo. 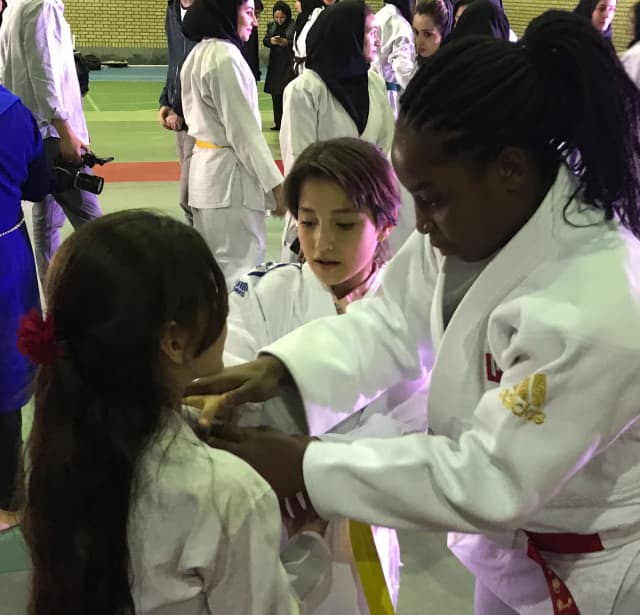 The least we can say is that judo is a popular sport in Iran. Each stage, whether it took place in the capital, in the tourist and historical cities of Isfahan and Shiraz, in the holy city of Mashhad, or in smaller towns in the north-east of the country or on the Caspian Sea coast, was an actual proof of the popularity of judo.

To understand it one must remember that it has been years that Iran have regularly placed athletes on international podiums, the latest being Javad MAHJOUB, second in the recent Tbilisi Grand Prix and the Antalya Grand Prix in Turkey, early April (+ 100kg). Since Mohammad DERAKHSHAN (also a member of the IJF's Education commission) has taken over the presidency of the National Federation, the pace of good results seems to be accelerating and the tour in Iran was the perfect example. 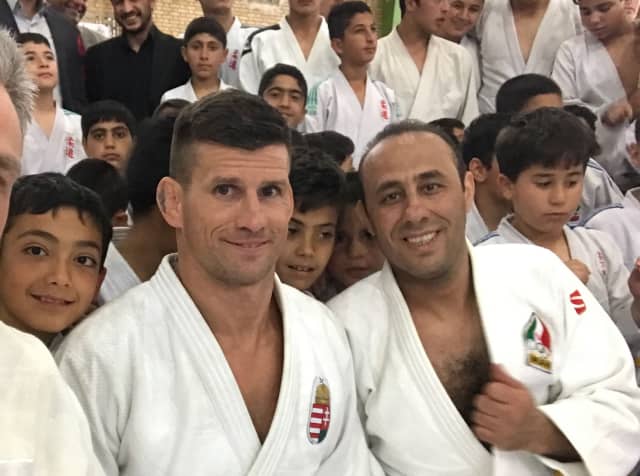 The roots of judo in Iran plunge sixty years back, while the sport was first entering the armed forces. Little by little it developed in Tehran before spreading to the rest of the country as judo students learned the sport in the capital and then joined their families over the territory. The federation was finally created in 1975 and in 1976 the first ever national championships was held. From then on the sport continued to grow thanks to external contributions, among other Japanese, and good national skills.

As a consequence of this successful launch, Iran appeared for the very first time in the international annals at the 1978 Strasbourg Military World Championships (FRA), with Saif Javaheri's heavyweight bronze medal, which was the first medal won by Iranian judo at an international competition. A few years later the first continental medals travelled to the old Persian empire and it was in 2002 that Massoud Haji Akhondzadeh, who was part of the delegation traveling through Iran during this month of April, won the first and unique to date gold medal for Iran at the Asian Games of Pusan ​​(KOR) in 2002. 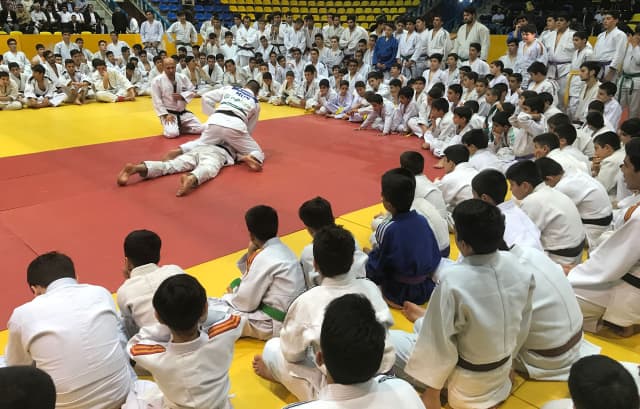 After these first continental successes, the next step was the world championship. In 2000 it was done with Mahmoud Miran (+100kg) who won a bronze medal at the World Championship in Munich. Only 24 hours later, Arash Mirasmaeili won world gold in -66kg and became a true national hero, when two years later he managed to keep his crown in Osaka, Japan, two titles to which it is necessary to add two other world medals (bronze) won by the same Mirasmaeili (2005 in Cairo and 2007 in Rio).

If over the years, Iran has become a real judo country and if the federation definitely wants to succeed in the future, the development of judo in Persia had seemed to slow down for a decade, until the bronze medal won by Saeid Mollaei at the Budapest World Championships last year. As if by magic since then, Iranian judo has been returning to the forefront. 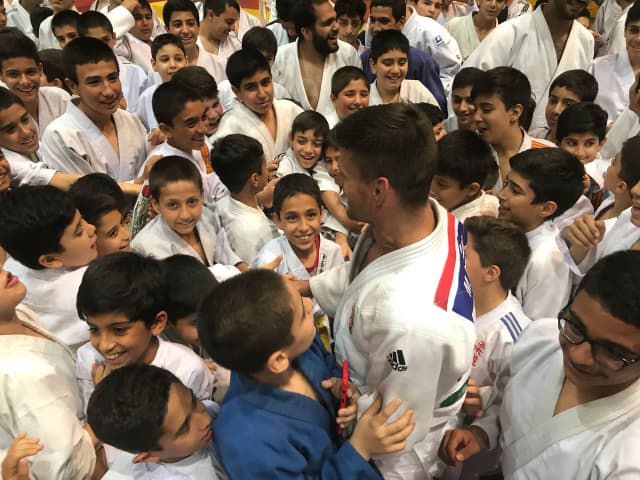 The passion for judo

If the national federation clearly has desires and needs for international podiums, it remains very attached to the education and social values ​​of judo which are a main theme of development, hence the great tour that has just ended. Today Iran has more than 40,000 judoka scattered throughout the territory, in large cities, as well as in smaller and more isolated communities. In this context of expansion, women's practice has become an objective assumed by the leaders of the federation. But refereeing is also seriously considered as well as kata, Iran being also very successful in this more traditional sector.

Two weeks are far from enough to discover a country like Iran which, beyond its passion for judo, has a culture of great wealth. But if the Iranian society, likewise what is happening around the world, is changing, it is undeniable that judo is ready to face the challenges of the modern world. The Judo Educational Journey through Iran was a outstanding success and perfectly illustres the fact that judo changes lives of people. We will soon invite you to discover more about this adventure through the film produced by the IJF as part of the Judo for the World series and that will be released within a few weeks.