25. Aug 2019
Share
Everyday of the World Judo Championships Tokyo 2019, we propose you the technical analysis of an IJF expert. Today, Loretta Cusack-Doyle tells us, what she saw and what she felt after an amazing day of judo. 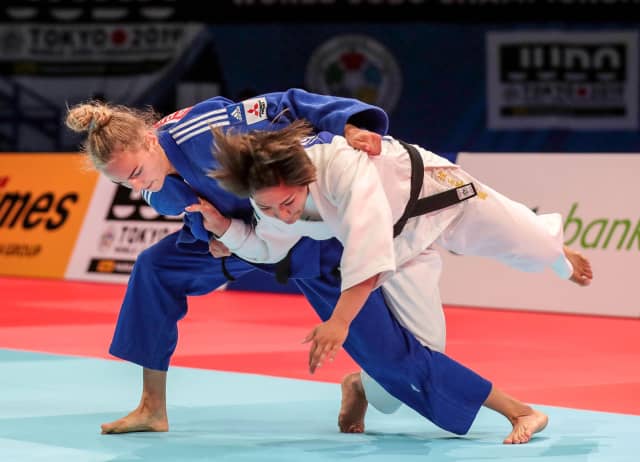 The challenge today was to control my excitement when commentating on the IJF live TV throughout the day: the judo on display today was magnificent. If this is the benchmark for the next seven days, we are in for a treat.

In the men’s -60 Kg category, no less than 74 judokas embarked on their journey to become a World medallist. With so many true athletes in this category it is no easy task to pick out favourites to win. The wealth of technical excellence, physical strength and tactical skill from the large numbers of relatively unknown talent emerging in this category continually challenges the established players. Japan’s Takato Naohisa ranked #2 and reigning World Champion, had the immense and partisan stadium roaring support for him, and he progressed smoothly with a bye in the first round, then defeated Akkus Milhrac from Turkey in the second and Jumayev Harberdi from Turkmenistan in the third. However, even though he won the fourth round against Khyar Wailde from France, it was a hard-fought contest that in my opinion drained him physically and mentally, such that with so little time to recover, he went into the quarter final not at full strength and was well defeated by Lutfillaev Sharafuddin of Uzbekistan. Takato finally finished up in a fifth place position to his team-mate Ryuju Nagayama

Khyar Wailde in the fourth round broke Takato. Khyar’s mental boldness against the defending World Champion was visibly an exhilarating “all-to-win, nothing-to-lose” attitude, and it showed: his judo was wild, innovative, explosive and very aggressive. But it was also controlled and positive, and a superb performance from someone competing in the 2017 World Championships and now two years later has become a true contender. 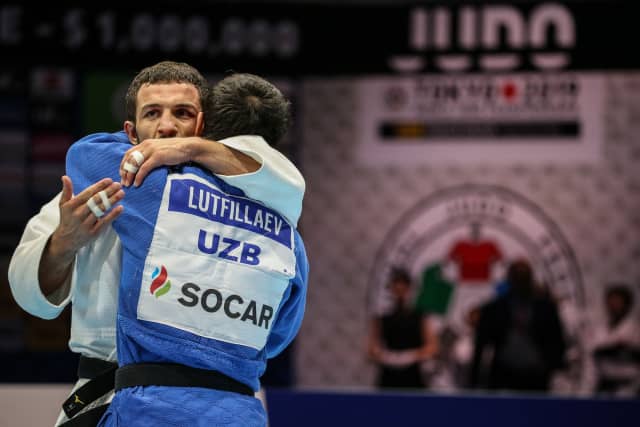 In contrasts, there were no surprises in the womens -48 Kg Category finding Funa Tonaki of Japan competing in the final with Daria Bilodid of Ukraine, with both women having beaten all their opponents by Ippon in their respective journeys to the final. Tonaki is ranked #1 and a former World Champion, against Bilodid who is the defending World Champion and currently ranked #2. Such contrast in opponents: the tall, slender Bilodid towers in height over the petite, pocket-rocket of Tonaki. And so it proved in their fighting strategy with Tonaki pressing home attack after attack, forcing Bilodid into retreat and earning two penalties for moving outside the contest area. But Bilodid has a cool head and held out with the waza-ari gained against the flow: a soto-maki-komi turning defence into attack by neat mid-air rotation of another initiative by Tonaki. In my opinion this was a risky tactic from Bilodid and could have ended in defeat. If she had continued with an attack strategy and be an aggressor within the contest she could possibly have thrown Tonaki and won by Ippon. She won all her previous rounds by Ippon.

It was good to see one of my favourite women Judoka, Urantsetseg Munkhbat of Mongolia, who is not allowing her many years as a top competitor to inhibit her energy, enthusiasm and will to win. In her bronze medal fight against Melanie Clement of France in the -48Kg she pressed home her strategy to get Clement on the ground, and conversely Clement showed determination to stay upright and go for a clean throw from her wide catalogue of techniques. But Munkhbat prevailed, and with superb refereeing allowing the groundwork to continue in the red area, Clement tapped out giving Munkhbat the ippon with a juji gatami. 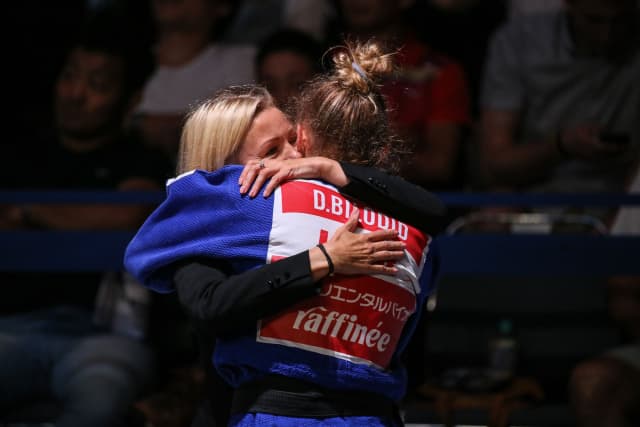 The overall judo displayed today was exciting with a high level of athleticism and the most successful techniques being used Ouchi Gari, Ko Uchi Gari, Uchi Mata, O Sota Gari and Seoi Nagi employed in combination with the favourable grips of high collar and the double sleeve. The combination techniques which triumphed throughout the day were O uchi gari into Uchi Mata. Although Newaza, wasn’t used a lot throughout the day, when it was, great success was achieved with Juji Gatami and Sankaku Gatame techniques.

On reflection, looking at the winners who medalled, it was evident that success for these athletes was to have the ability to not only have strength in Tachi-waza and the ability to throw but also to transition that into Newaza smoothly and successfully.

I haver been excited with the Judo today and look forward to the remainder of the week. Congratulations to all the athletes today for a job well done.