THE FRESHNESS OF BEING MOM

Written by Nicolas Messner on 12. Feb 2018
Share
On the tatami Pavia is among the most celebrated champions in the French judo team. A double world medalist and Olympic medallist, she has also won 2 Grand Slams, 4 Grand Prix and is a three-time European Champion. While she has not been on the mat since the Rio 2016 Games, she plans to return to the competition very soon. But since Rio, a major event has changed her life: she became the mother of a little girl, Lana-Rose, born on July 17th. How to reconcile her life as high level athletes and being a mom? How to find again the desire to be a competitor, after a long pause? Here are some of the questions that Automne answered backstage of the Paris Grand Slam. 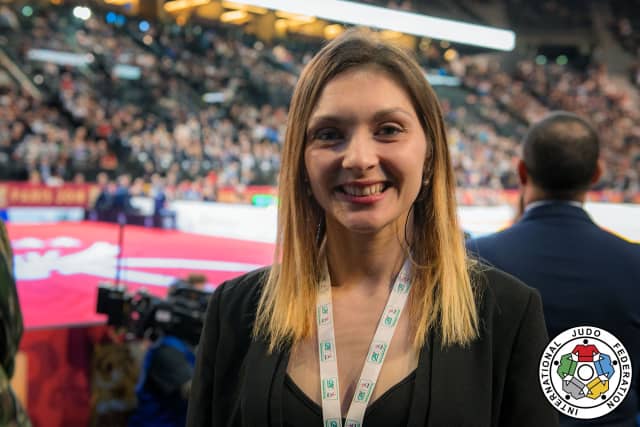 The young woman, aged 29, arrived in the press room, all contrite to be late. She had a very good excuse though, as she had to take care of her baby: "I'm sorry, but you know, being a mom is a full time job (laughs)." Automne is obviously all excused, especially here in Paris, since she was also commentator for the TV channel l'Equipe 21 and it is time consuming: "I love what I do for TV. I know all the athletes and especially the French. It's easier to catch them after a match to ask them for a reaction. I know exactly how they feel because I experienced the same thing so many times. I did not really like being interviewed when I lost, so I respect their state of mind. But here in Paris no one refused to answer my questions. It's not easy, but I'm having a lot of fun."

The young woman embodies the joy of living and her answers were interspersed with laughter. Happy, on the tatami Pavia is simply happy now: "It's an immense joy to be a mother. It is indescribable. Before I slept judo, I ate judo, I lived judo and my only concern was me and nothing else than me. Being a top athlete has something selfish, but now if I'm still passionate about my sport, I think about my daughter all the time and my family comes first. It's so fulfilling. My family was already very important to me, but since the birth of Lana-Rose I have entered a new dimension."

Before being obliged to stop competing and training, after the Rio games, Pavia explained that she had lost a little the desire, the one that made her toppling the mountains and especially those that made her win medals at major events on the world circuit: "If I had not had to stop because of my pregnancy, I would have taken a break anyway. It's a difficult life to be a high-level athlete, it is a lot of sacrifices and I felt that I no longer had the same motivation to train every day to be competitive. I wanted to give myself some time and today I still want to take the time to get back to my best level." 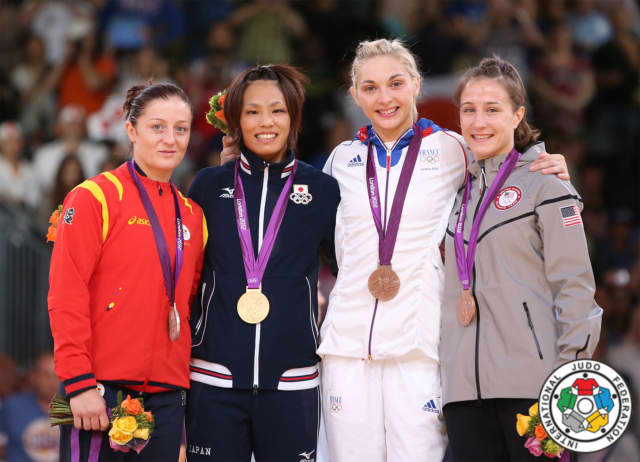 Because yes, Automne will return to competition and she planned to align with a first tournament in early March in Poland: "It will not be easy, but I have the advantage of knowing it. These last two days have given me a crazy desire to return to the tatami. As I told you, it was great to work for TV, but I still feel that my place is there in the middle of the arena. I am very well surrounded by people I love and who love me and what ever time it will take, I want to give myself every chance because I still dream of world and Olympic gold.“

Throughout the interview, what transpires the most is probably Automne's desire to come back coupled with a desire to be fully the mother she has become: "Everything for my daughter first, and then also a little for me (laughs), as much as possible. I believe in it and I want it again. I recently resumed training and for example next week I will be on the tatami during the international training camp following the Grand Slam. If I'm not doing all the training sessions yet, I'm on the right track. For sure, now the organization is bit more complicated. If my daughter is sick for example, I can not go to training. But that's the way it is and I do not think it will be really disturbing."

The joy of being present on the edge of the tatami during this edition of the Grand Slam had a perfume even a little more interesting since the father of the little Lana-Rose, Ashley MCKENZIE (GBR), participated and succeeded to win a bronze medal: "I was at the exit of the athletes to interview the French medalists and I saw that Ashley had just won the bronze medal. It was really an immense joy. When I finally got to see him and congratulate him, I also told him that he bothered me a lot (laughs) because he had given me even more desire to come back (laughs)."

Before going back to the Bercy hall, with her TV microphone in her hand, Automne also explained the joy she had had to participate in the 'Mercredi de l'Equipe de France' which was used as the backdrop for the shooting of the last episode 'Judo for the World '(https://www.ijf.org/news/show/535) dedicated to France: "I like children. No, I love them! So participating in this big gathering of more than 2,500 children in Strasbourg was absolutely amazing. When you are on the tatami at a big championship, it's hard, while at these gatherings we are here to give, to interact with the children. It's something else and it's a dimension of judo that I do like. It's pure joy. The young people, and us, the members of the France team, are happy, happy to be able to share. It's so important."

Automne Pavia was already a great champion, she is now a full-blown mom, happy to be able to dedicate herself to others while maintaining high personal and sporting goals. The coming months will tell if her return to the highest level is possible, in an increasingly competitive world. But the challenge is beautiful, like the big smile that she had on her face as she returned to her role as interviewer of the day. For sure, we will see Automne again on the tatami and her communicative freshness, or on the edge of it. Yes, we will see her again!

Editorial
The Ladder of Elite Competition