UNIVERSALITY AT ITS BEST

Written by Mark Pickering, Nicolas Messner on 20. Jan 2018
Share
Four categories shared the titles today on the second day of the Tunis Grand Prix which inaugurates a crucial season as the Olympic qualifications will start in the month of May. 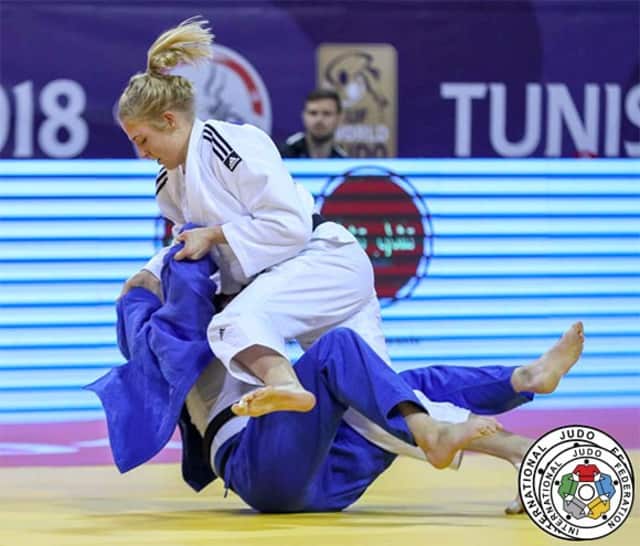 The four categories of the day all presented a strong sporting interest. From the big favorites, such as reigning Olympic champion Tina TRSTENJAK (SLO) or former world number one Kim POLLING (NED) who came to Tunis to launch their season and test their level of fitness, to the newcomers of weight divisions that are still very open, there was a lot to see on the tatami of the El Menzah Sports Palace.

At the end of the last awarding ceremony, Daniel Lascau, IJF Sport Director, gave an update on the technical and sporting aspects of this day, an update that needs to be put into perspective with the application of the recently amended refereeing rules: "After the first day yesterday and after today's competition, we can say that we really saw beautiful things, especially in the four categories of this Saturday. The number of Ippon were clearly increasing and the fights were very pleasant to follow, with a lot of changes of direction, standing to floor and floor to standing combinations, leg techniques that were really effective... 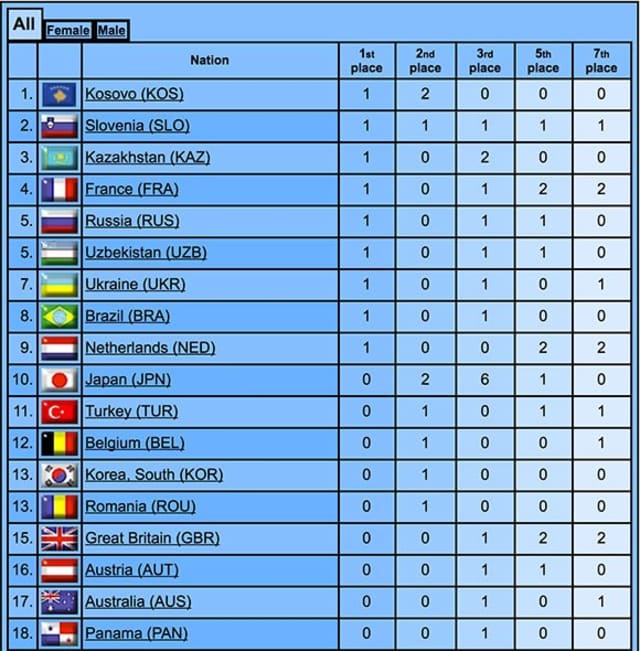 The use of the two waza-ari equivalent to Ippon is very positive. We saw athletes who were not happy with having scored a waza-ari only and looking for the second one or even better for ippon. And we also observed others who were chasing the score and were often took the advantage. This is a strong signal for the entire judo community, for both competitors and spectators. "

It is interesting to note that the nine titles already awarded since yesterday have been awarded to nine different nations, which is particularly exceptional: Kosovo, Slovenia, Kazakstan, France, Russia, Uzbekistan, Ukraine, Brazil and the Netherlands. Kosovo is doing particularly well since with three medals it is on top of the ranking of nations. This is truly remarkable for this country, which, in the wake of its Olympic champion Majlinda Kelmendi, continues its quest for medals at the international level.

So for the first time Akil Gjakova gets on the podium. For his thirteenth attempt, he made a faultless run to the final where he was outclassed by Kazakh Zhansay SMAGULOV, too strong for him today. The performance of Akil Gjakova must nevertheless be highlighted and it would not be surprising to see him on international podiums in the coming months. He will be able to celebrate this beautiful silver medal with his sister Nora, who brilliantly won the gold yesterday in -57kg. 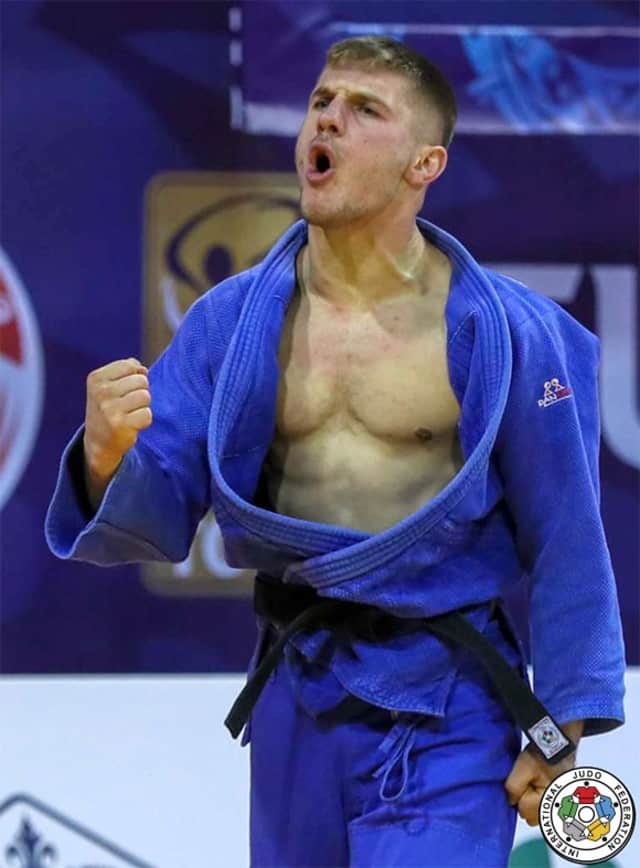 In women, the prognosis seemed a little easier than in the men since the reigning Olympic Champion, Tina TRSTENJAK (SLO) made the trip to Tunisia. If she was not as flamboyant as she was during her world titles or her Olympic coronation, she assured the essential with seriousness and professionalism without ever really being in danger. A good test for the champion who dreams of retaking her world title to the French, Clarisse AGBEGNENOU, absent in Tunis, but who certainly followed the results of the day. The distant opposition of the two athletes will be one of the episodes to be followed throughout the season. Since the retirement of Yarden GERBI (ISR) a place has been released at the top of the world ranking, but that does not mean that the games are made for the leaders. Many nations are pushing hard to dethrone the favorites.

In the -70kg, Kim POLLING was the other big favorite of the day who did not disappoint. Eliminating a Canadian, a Turkish, then the Japanese NIIZOE Saki (JPN) in the semifinals before easily defeating the Belgian Roxane TAEYMANS (BEL) in the final, the Dutchwoman who in her time eliminated Lucie Decosse at the Paris Grand Slam with a tremendous ura-nage, remains among the best in the world. With today's victory she will probably gain some places in the world hierarchy and reach a more significant position than the current 12th. The 700 points of the gold medal will do good.

The last male category of the day was also interesting with Stanislav SEMENOV who made the Russian national anthem echo under the Sports Palace dome. This Russian team that never stops surprising with an ability to always field new champions will have to be closely followed until the Tokyo Games.

Paradoxically, Japan, which has come to Tunisia, is only 10th in the ranking of nations. Nothing surprising though. It must be said that the best Japanese judoka are not present. Kosei Inoue's work as the head of the Japanese team can clearly be seen but very obviously, the young athletes are here to polish their weapons and God knows that this Japanese team will be hard to beat in three years in Tokyo.