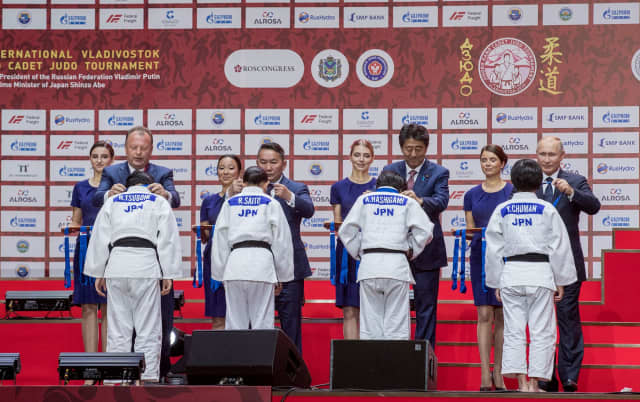 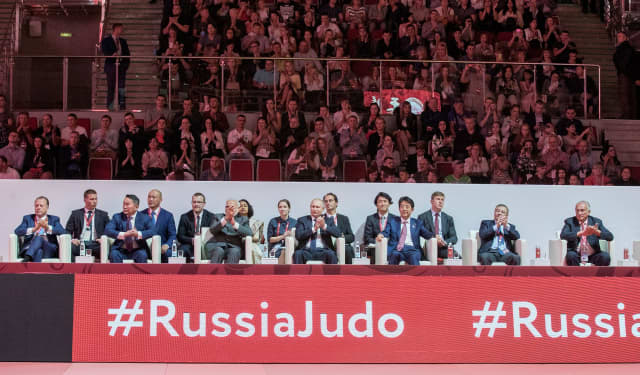 The well-known u18 event, which is hosted by the Russian Judo Federation and supported by the International Judo Federation, is an annual feature at the Eastern Economic Forum which is aimed at further developing business ties between countries across Asia.

The competition retained the team format from last year, but it changed slightly, and the number of participating teams increased to six. In addition to the traditional participating countries - Russia, Japan, South Korea, Mongolia and China, athletes of the youth team of India took to the tatami in Vladivostok. The Prime Minister of the Republic of India, Narendra Modi, became an honored guest of the competition. 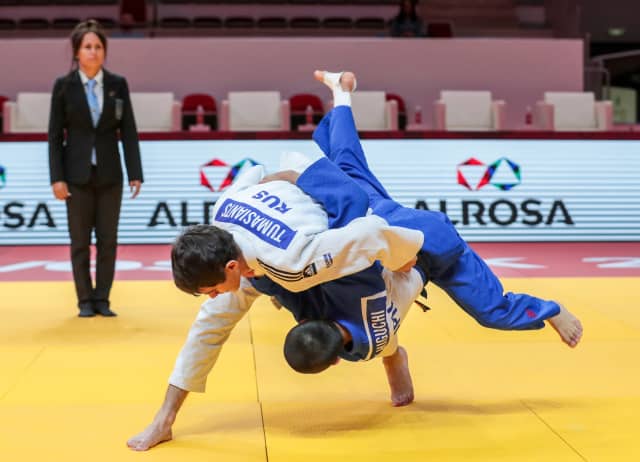 As part of the competition, medals were won in three types of programs and the absolute winners in the overall standings were determined by the total points earned in these three events.

At the draw, held on the eve of the tournament, Olympic champion and IJF Hall of Famer Ezio Gamba noted the importance of the Jigoro Kano competition, not only in the light of the further growth of the skill of its participants, but also as a means of uniting representatives of different countries.

“Russia's Jigoro Kano tournament will provide an opportunity to compete in team competitions for athletes of those weight categories that are not among the official listings in the mixed team event and this is a very important point,” Gamba emphasized. 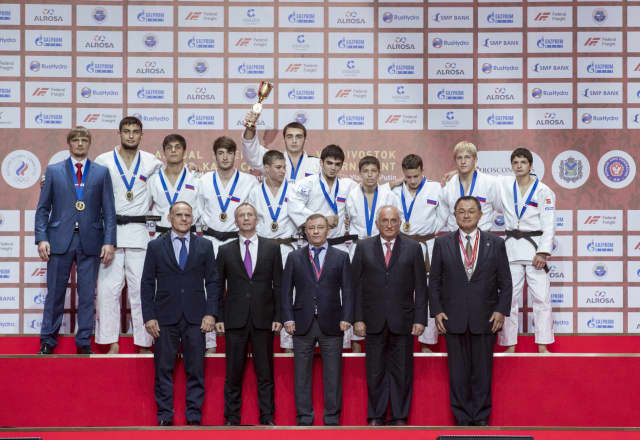 Five teams participated in the tournament of the girls' teams, who fought on a round-robin system. As a result, the victory in this type of program was celebrated by the team of Mongolia, having defeated rivals from South Korea in the final. The Russian team in the round-robin tournament won a fundamental victory over the Japanese team and eventually shared the third place with it.

“I think that a victory over Japan will give girls confidence in anticipation of the Cadet World Championships in Kazakhstan in September. This is a really significant result. All the girls fought, showed themselves. We have the opportunity to work out the identified shortcomings so as not to repeat such mistakes in the future. There are no victories without defeats. We know what to work on, and we will be better next time, ”says the mentor of the Russian national team Flora Mkhitaryan. 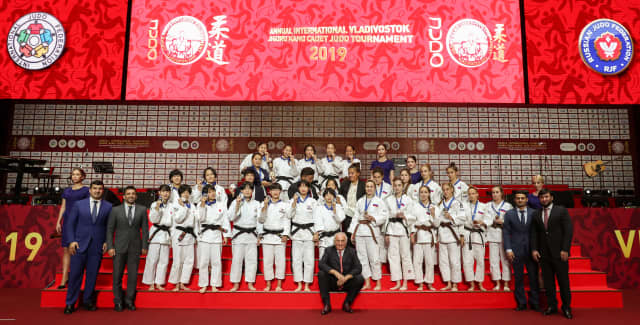 The finals featured the national teams of Russia and Japan.

After four meetings, the scoreboard was equal at 2: 2. However, the Japanese claimed the last two contests and rightfully won the highest awards of the Olympic format tournament. Athletes from South Korea and Mongolia became bronze medalists. 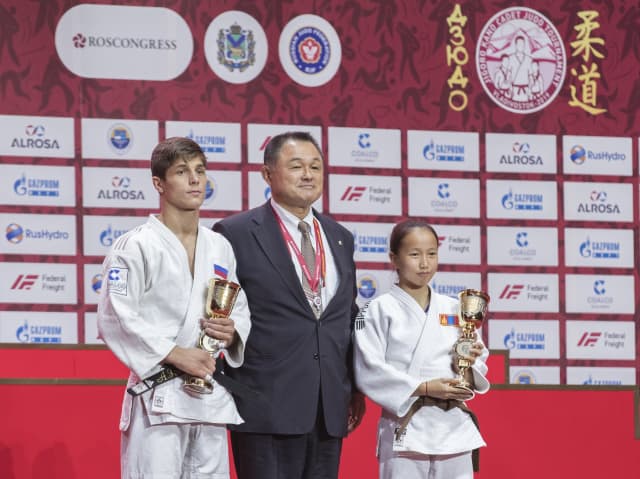 The head of the Olympic Committee of Japan, Olympic champion and AJJF President Yamashita Yasuhiro handed out special prizes to the best fighters of the tournament - the representative of Mongolia, Gerelzaya and the judoka from Russia, Tsechoyev.

Kishore Kumar, Coach of the debuting Indian National Team said: “Our team played for the first time at the Jigoro Kano tournament, and for us it was a great experience. We are very pleased with the fourth contest in the match with South Korean, where our athlete won the first victory of India in this tournament. But I want more, so we hope to return to Vladivostok next year. ”

Participants in the match for "gold" were representatives of Mongolia and Russia. The final match in this type of program took place in the presence of the heads of Russia, Japan, Mongolia and India and in front of several thousand fans. The price of "gold" was high because it could play a decisive role in determining the absolute winner of the Kano tournament. The Russians, under the eyes of their president, showed excellent judo, winning five meetings in a row. This “gold” helped the tatami owners to score enough points in the overall standings to equal the rivals from Mongolia and share first place with them. The third place in the absolute championship was taken by the Japanese team. 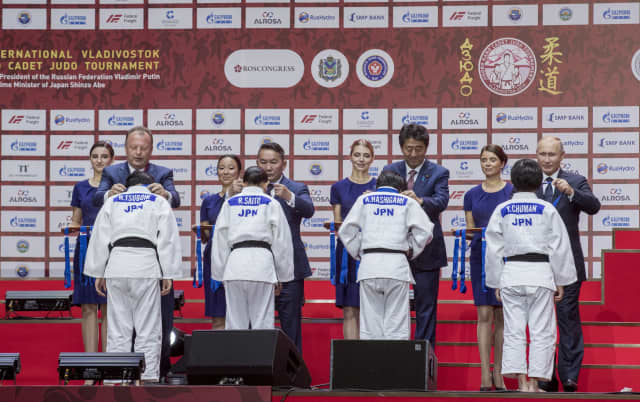 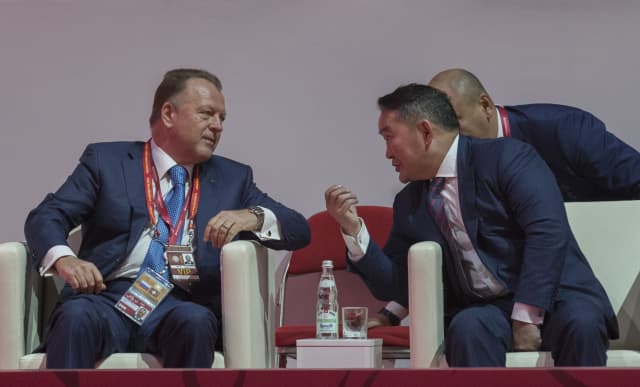 “I want to appeal first of all to our guests, to thank them for coming to Russia to participate in these competitions,” Russian Federation President Mr. Vladimir Putin said at the end of the tournament.

"Thanks to the International Judo Federation and, of course, to my colleagues, heads of state and government, who take the time to come here and enjoy this wonderful sport. Best wishes to the winning athletes. This is a youth tournament, and the fact that at this age boys and girls achieve results is very good. But sports in general and judo in particular have been proven many times - you can’t stand still if you want to achieve real, big victories. Therefore, dear children, dear girls, I want to wish you success in sports and on your life path. Diligence and talent will open you a wonderful road to the future, and sports will always accompany you and help you in any of your endeavors,” the President of Russia emphasized.