By Nicolas Messner on 10. Oct 2018
Share
The fourth and last day of judo at the Youth Olympic Games in Buenos Aires was the day of mutual understanding and mutual respect as it was dedicated to the mixed team tournament. Named after the host cities of the Olympic Games, it was the Team Beijing that won the tournament ahead of Team Athens for the silver medals and Team London and Team rio de Janeiro for the bronze medals.

At the time when the lights went out on the Asia Pavilion of the Olympic Park, Marius L. Vizer, the IJF President commented on these four days of competition: "The YOG of Buenos Aires are a good promotion for the sport and were an excellent promotion for judo in particular. They are an example of friendship and solidarity among young people around the world. The organization was very good and very well conducted by the International Olympic Committee. I hope that these Youth Games will grow in the future. It is a good thing for the unity of the world so that it takes a direction penned by the solidarity of the young people. Such an event can help create a more stable, conflict-free world and help promote peace on the planet."

Ms. Anita DEFRANTZ, IOC Member, was present on the occasion of the final block of the mixed team event. Very active within the Olympic family, she was a Rowing Olympic bronze medallist (eight oars with coxswain) and team captain, Montreal 1976. Christophe DUBI, the Executive Director of the Olympic Games was also present during the final of the competition which opposed Team Athens and Team Beijing, along with several IOC members, Aïcha GARAD ALI (DJI), Khunying Patama LEESWADTRAKUL (THA) and Olympic Champion in swimming, Daniel GYURTA (HUN). 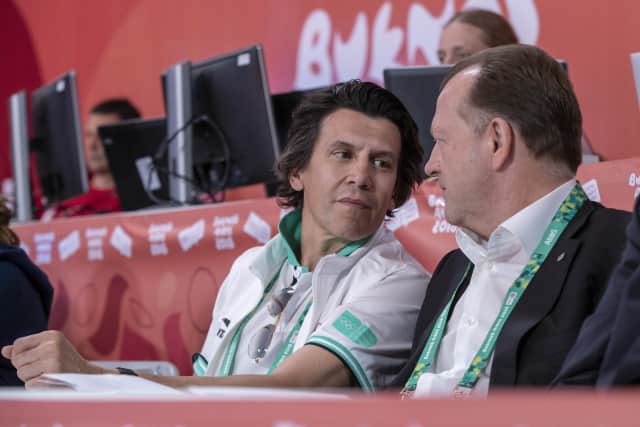 Armen Bagdasarov, IJF sport director, was in charge of the team composition at the end of the individual tournament: "As soon as the third day of the individual tournament was over, we set to work to form the 13 teams of the team event, with the only idea in mind to compose the most balanced teams possible. For this we worked for more than four hours and the result is up to our expectations. We first split the gold medalists, then the silver and bronze. Then came the turn of the athletes who finished 5th before we drew all the other competitors. And of course in one team you can't have two gold medallists of the individual competition and two athletes from the same nation."

Mohamed Meridja, IJF Education and Coaching Director, was particularly pleased: "I saw athletes and coaches who were really motivated all day long. It was very nice to see all these people from different backgrounds and cultures, sometimes diametrically opposed, to meet under the same banner. There was a great solidarity that emerged from this competition. All the athletes wanted to win, even if they were engaged under the colors of a team named after an Olympic city. 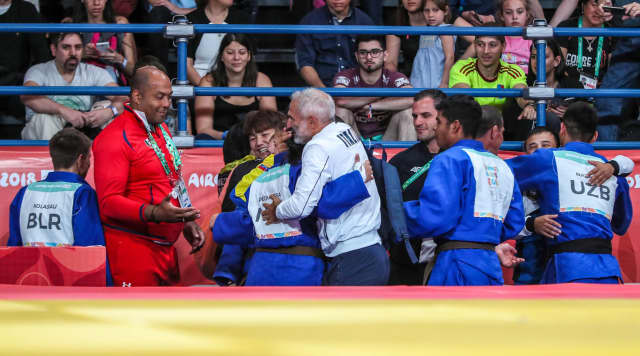 "The teams that were formed were very unified, forming only one block. Some of the judokas present in the final block did not win any individual medals. Their motivation was very strong to do well in teams. For the educator I am, it was great to see that and it's really a beautiful image for our sport. We are a big family and we demonstrated it in Buenos Aires in the best way possible. Throughout these four days of competition the values ​​of judo have been in the spotlight and perhaps even more today. This is a very good example for these Youth Games.

"When you see an African coach coaching a European athlete, or an Asian competitor, supported by his colleagues from Oceania, we can say that we do not often see this kind of image. But in judo, yes. It is also a very good thing for the future of the sport. When all these cadets have become seniors, they will keep the spirit that prevailed in the mixed team tournament. I was also pleasantly surprised by all the children in the stands. I am sure that the show they saw in the Asia Pavilion will inspire them in the future." 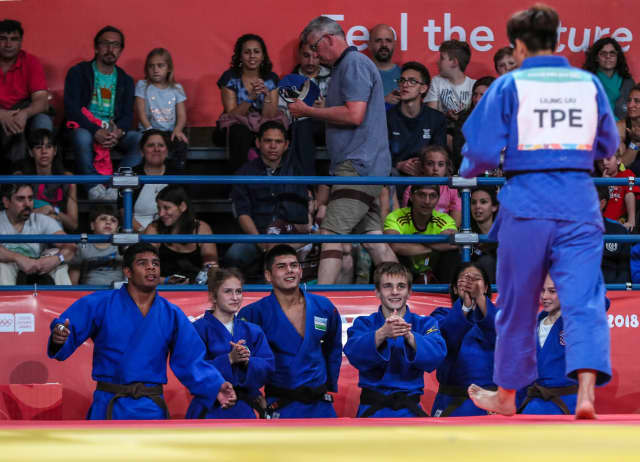 After the semi-final, which opposed Team Rio de Janeiro and Team Athens, Paterne Karabagega, who was coaching Fleury IHOZEKO of Burundi was very happy: “On the one hand, I am a bit sad because the team lost the semifinal, but on the other hand honestly I am really really happy, because we won a bronze medal. You have no idea what it represents for our country. An Olympic medal, this is amazing. Some years ago, that was only a dream, and today we have it. I am very proud of what Fleury did and that we could participate in those Games. There is a big difference between the seniors and the cadets. Here the young athletes are more relaxed, there is less stress involved. Less calculation. They step on the mat and they play. Sometime they lose, sometime they win. We still have a lot of work to do, but we are working hard and this bronze medal will give us hope for the future. Today, I am just happy.“

Fleury is also thrilled with his performance: “It was hard, because to compete in -100kg I had to lose 10kg and during the individual tournament I felt tired. But today, in the team event, I was feeling much better. I am very proud for me but not only. I am honored for the whole team and the other countries that were competing with me today and for all the judoka in my country. This is a great day.“ 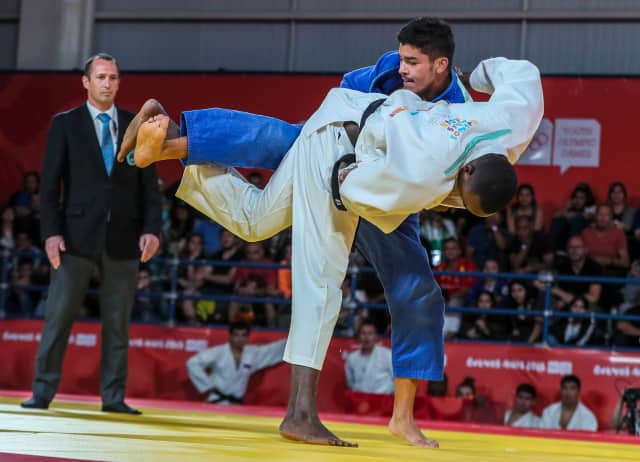 Fleury IHOZEKO (BDI) in action during the semifinal 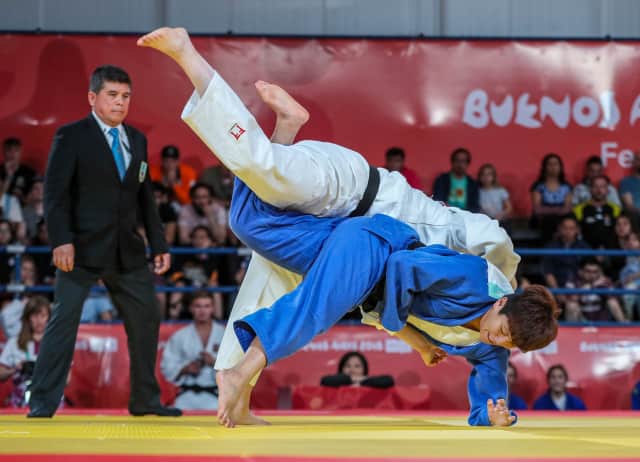 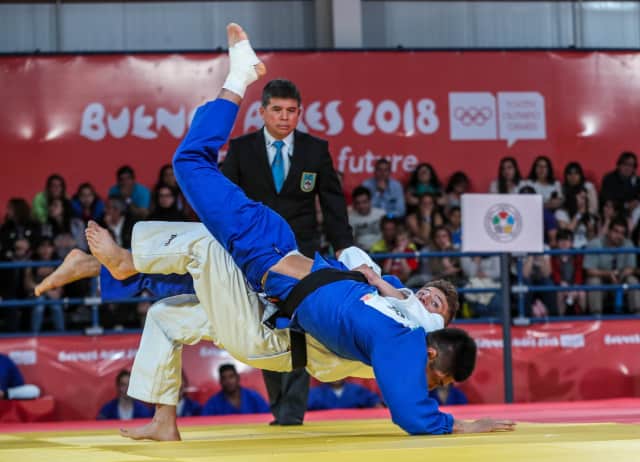