Judo founder Jigoro Kano was an educator and a visionary who started jiu-jitsu to develop his strength.

The 5ft 2in and 41kg Kano added his own ideas to his jiu-jitsu experience to develop a complete fighting system which personified "Maximum Efficiency with Minimum Effort".

Kano founded The Kodokan in 1882 and became the first Asian member of the International Olympic Committee. In 1912 he helped to establish the Japan Amateur Athletic Association and was a Japanese representative at the Olympic Games of 1928 in Amsterdam, in 1932 in Los Angeles and 1936 in Berlin. Kano died at sea in 1938 at the age of 77 while on board NYK Line motor ship Hikawa Maru.

Judo was introduced to the Olympic programme at the 1964 Tokyo Games and has been featured in every Olympiad since 1972.

Kano’s official honours and decorations included the First Order of Merit and Grand Order of the Rising Sun and the Third Imperial Degree.

Kano once said: “Judo is the way of the highest or most efficient use of both physical and mental energy. Through training in the attack and defence techniques of judo, the practitioner nurtures their physical and mental strength, and gradually embodies the essence of the Way of Judo.”

Jigoro Kano was born on October 28, 1860, in what is currently the East Nada district of the city of Kobe. These were the last days of the Tokugawa military government, and it was a period of distrust and anti-government activities. In comparison, it was also the year that Lincoln became President of the United States. Kano's birthplace was well known for sake brewing, and the Kano family was affluent sake brewers. His mother died when he was ten years old. In the new age, his father became an officer of the Meiji government, and for that reason they moved to Tokyo when he was 11. During his schooling, Kano showed a particular affinity toward languages. At the age of 15, he entered a foreign language school, and in 1877, he entered Toyo Teikoku (Imperial) University, which is currently Tokyo University. Today, Tokyo University is the premier university in Japan, and his enrollment in this university was a tribute to his academic abilities and commitment to education. Although he was the founder of Judo, Kano's superior academic record was also notable, and his language abilities were exceptional. In fact, it is a widely-known fact that many of Kano's original notes written during his study of jujitsu and during its transformation to Judo were written in English instead of his native Japanese. While one of the reasons for this practice was not only to keep his ideas to himself during these years of intense rivalries among jujitsu schools, it also served the purpose of allowing for the blending of old with new, of forcing new ways of thinking, and of forging new methods and techniques of training.

As the Founder of Kodokan Judo

As started earlier, after coming to Tokyo, Kano developed an interest in jujitsu, and studied it earnestly along with his academic subjects. When he entered Tokyo Teikoku University, his earnestness toward study became particularly strong. In 1879 while he was in school, Kano participated in a Jujitsu demonstration with his instructors in honor of General Grant, former President of the United States. At the university, Kano studied subjects such as political science, economics, moral education, and aesthetics, and during this time, he began to hold especially strongly the value of education - learning from others, and then teaching others. In 1882, he established the Kodokan and worked to spread Judo as its master. This was because he found in judo something very spectacular and decided to dedicate his life to the spread of Judo as its teacher. Turning his passion into the spread of physical education, Jigoro Kano considered education to be based on three components - the education of knowledge, the education of morality, and physical education. The education of knowledge involves the improvement of one's knowledge; the education of morality involves the fostering of one's moral awareness; and physical education involves the training of one's body. Despite the fact that, within Kodokan Judo, physical education is an important factor, Kano also placed a lot of effort into the training of physical education instructors at the Secondary Teacher's School.

When Kano became the principal of the Secondary Teacher's School, he established a physical education department there, and started using a variety of sports as subject matters. A grand sports festival was held, and within the school, a number of sports sections including new sports from abroad were born, including tennis, baseball, football, and boating. Because of these activities that spread sports and physical education both inside and outside the school, Kano gradually became famous in the public's eye.

He was an Exceptional Educator

Eighteen eighty-two was an exceptional year for Jigoro Kano. He became a teacher at Gakushuuin (the then private school for nobility). It was also the year that he established the Kodokan, the Kano Juku (Preparatory School), and the Koubunkan. Kano Juku was a preparatory school that built children's characters as they boarded (i.e., lived there). Koubunkan was an English language school. Kano used his own income to manage all of these, and what was not enough he made up for through work in translation. From early in the morning until late at night, Kano turned all his energy into these educational activities. This was really the year that saw him embark as an educator.On top of all this, he became the head instructor of the Gakushuuin four years later. In 1891 he became the principal of the Fifth Intermediate and High School at Kumamoto, and in 1893 he assume the position of the principal of the Secondary Teacher's School of Tokyo (a school for teachers, which later became Tokyo Kyoiku University, currently Tsukuba University). He was only 34 years old. Tsukuba University also enjoys an excellent reputation in Japan today as a university for teachers. In 1899, he founded the Koubungakuin, a school for Chinese foreign students. Among his students was Lu-hsun (Rojin), who later became a great man of literature. If you examine his career, it is easy to understand what an exceptional and brilliant educator Kano was. For 26 years after that, he served as the principal of the Secondary Teacher's School, leaving a legacy of achievement for the development of education. It is, in fact, these roots that allowed Judo to have the close ties with education that it should have today.

In 1909, Japan received an invitation for participation on the IOC from Baron de Pierre Coubertin, the father of the modern-day Olympics. Jigoro Kano was chosen as Japan's representative. Thirteen years had passed since the holding of the First Modern Olympics in Athens, Greece, in 1896. However these was still no participation from an Asian country. Jigoro Kano was the first Asian member of the IOC. Still, there was no general sports organization in Japan that could send athletes to the Olympics, and of course, there were no athletes who could compete at such high levels. Thus, in 1911 the Japan

Amateur Athletic Association was founded and Jigoro Kano was installed as the first president. At this meeting, it was decided that Japan would participate in its first Olympics at the 5th Olympic Games to be held in Stockholm, Sweden, the next year, 1912. This served as the basis for the widespread and development of all varieties of sports. Even after that time, Jigoro Kano continued his work as an IOC member, and because of that work, he traveled abroad seven times for the Olympics and IOC meetings in the last 10 years of his life. He turned all his energies into the internationalization of sports in Japan. In 1938, it became time to reap the fruits of his labours, as it was formally decided to hold the 12th Olympic Games in 1940 in Tokyo. However, on 4 May of that year, Kano died of sickness aboard a ship during his return to Japan with that happy knowledge buried in his heart. He was 79 years old. Ironically, the 12th Olympic Games, which were Kano's wish, were canceled due to World War II. Afterwards, it was not until the 18th Tokyo Olympic Games held in 1964 that Japan was able to host its first Olympics. 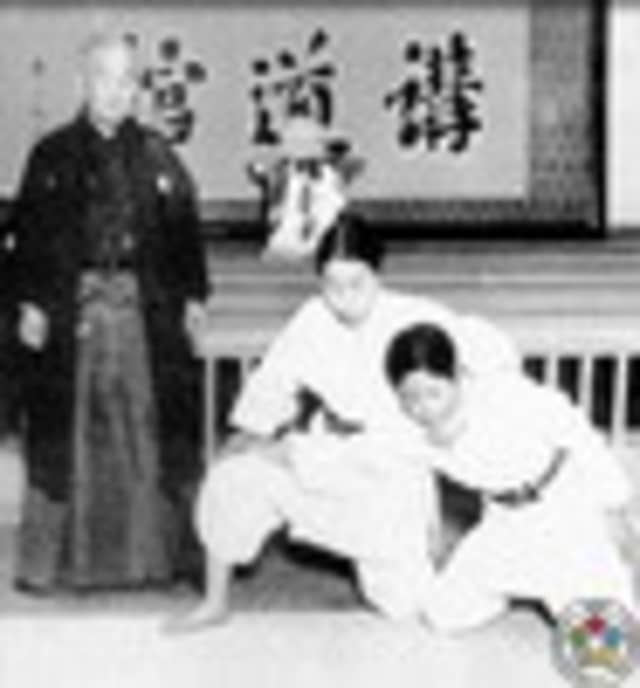 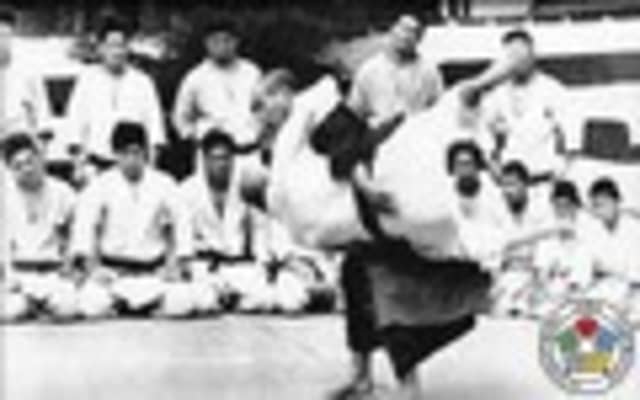 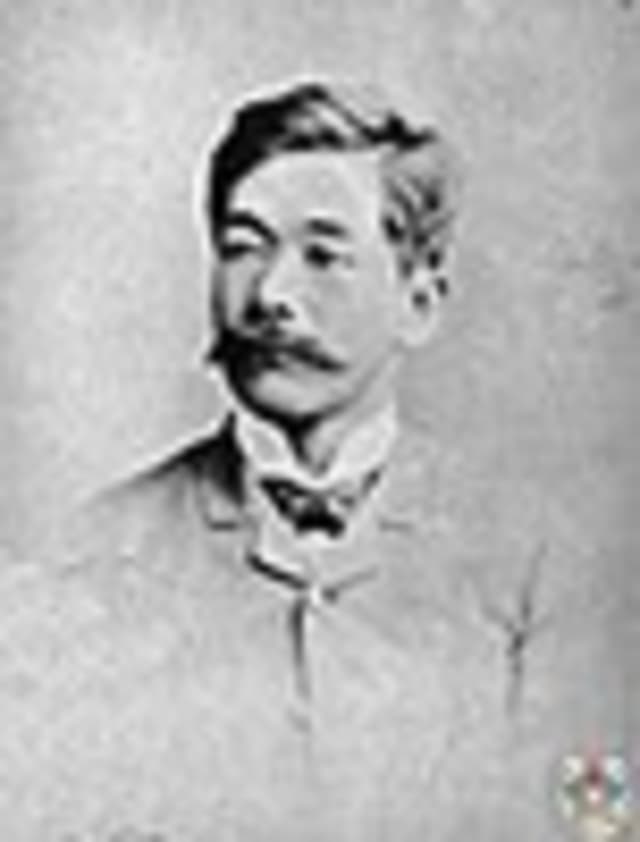