Written by Nicolas Messner, Pedro Lasuen on 03. Apr 2020
Share
This is a true story, or maybe not. What do you think? Quarter past ten. It was a cold, bright morning in a European city. In front of a clinic where his wife had a follow-up appointment with her surgeon, a man waited, outside and double-parked, with the clinic's car park being full. It was a narrow street that ended in a main artery and there were many badly parked cars, like his. 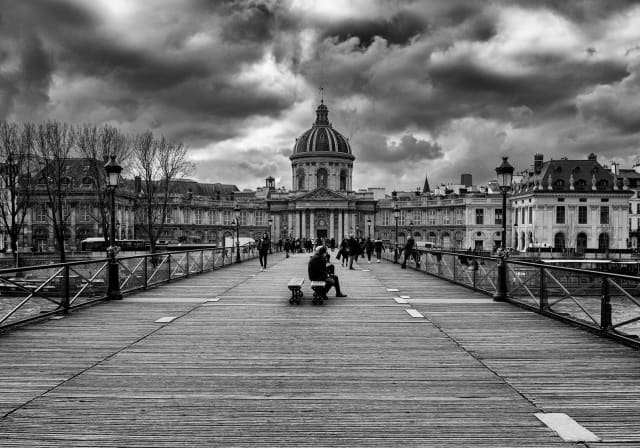 It all started when a vehicle stopped in the middle of the street and with hazard lights flashing, started to wait for any car to clear a space in the car park. The maneuver blocked the route for those who were behind. Upon seeing him, the husband understood immediately that something bad was about to happen and so it was. First, car horns exploded in a protest concert, typical of today's society; impatient and unable to observe and discern. Later, the spiral of violence adopted its cruising speed. The target of the criticism rolled down the window of his car, put out a hand and held up a finger, the finger that is only ever offered to cause offence. The door of the car behind him opened and a man came out. He was in his fifties, tall and his face was red with anger. In barely five strides, he stood at the driver's door and started kicking at it, while spitting out insults of all kinds. The man with the finger came out in turn. He was shorter, of a similar age. His face was not filled with anger, but fear. Yet there he was, determined to confront his attacker. 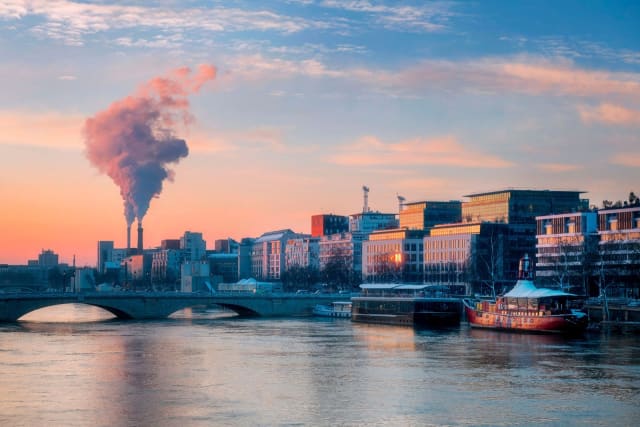 Neither of them had come alone. In the car of the taller man were two women and a girl, now looking stunned and worried. In the other, the finger man's vehicle, a lady was yelling at her driver to get back inside. Both leant in to push the other, while addressing each other’s expletives. The horns sounded, more numerous, greater volume. This was turning into chaos. Our man, still waiting for the return of his wife, observed everything and looking around realised that a crowd of people had formed, who were also watching and many were recording on their mobile phones. No-one, absolutely no one, moved towards the two men, who were by then punching each other, in front of the clear dread of their loved ones and the morbid fascination of those who passed by. Blood was already gushing from the shorter man's nose. He was going to lose this fight, he was going to take a beating. Then she appeared. She was a tall, elegant woman, walking fast. She was wearing work clothes, grey trousers, a matching jacket and a white blouse. She looked like an executive, fresh from a high powered meeting. The woman stepped between the tall man with the red face and the man with the finger. She was shorter than the first and taller than the second. She stretched out her arms and put a hand on each man's chest and then said one word, just one. "Enough!" The men looked at her, still very nervous and trying to wriggle away from those hands that prevented them from advancing. "Get out of my way, this is not your business," shouted the red-faced man, angrily. She looked at him through dark eyes. She didn't seem to be nervous or worried. On the contrary, her gaze gave off determination and an iron will. "Gentlemen," she said, "you are too old to behave like children in the school playground. You think you are mature enough to insult each other in the middle of a street and in front of your loved ones. Apologise, shake hands, go back to your cars and stop making fools of yourselves.” The man with the finger shook his head from side to side. His gaze, transformed by hatred, regained a kinder aspect, as if he had just understood that he had lost control of himself. He looked at the woman. "You are right," he said and reached out to the man with the angry face, as he added an honest "I apologise." The taller man did not react, his eyes were on the woman. The man with the finger decided to abandon the spectacle, returning to his car. He left with the woman in the passenger seat punching him on the shoulder and shouting at him that he had behaved like an idiot. The taller man, whose face was then crimson, told the woman to remove her hand from his chest. She obeyed, but he had found a new victim to ease his frustration. "You are lucky. If you were a man, I'd kick your ass.” She did not flinch, just kept looking at him, but the main difference lay in her eyes. They were cold now. “Go ahead, do it”, she replied. “Or, better, try it. I'm not dressed for the occasion, but I need to train anyway.” It was an unreal scene. The traffic remained at a standstill, but the horns were no longer heard. There were more passersby, all with the corresponding phone in hand, recording. The woman stepped back, took off her jacket and put it on her bag on the floor. Then she looked at him, smiled and added. "Whenever you want." From his vehicle, the man who had seen it all understood what was going to happen. She was looking at the man with the red face and saw something new, different in his eyes. He saw an ego deflate. "Come on, we don't have all day," said the woman. The tall man was paralysed with fear, or maybe shame. Whatever it was, he turned around and returned to his car, in which no-one said a single word. He started the engine and skidded the wheels on the asphalt, leaving at full speed. The onlookers began to applaud. The woman put on her jacket, grabbed her bag and started walking in the opposite direction, toward the corner, where a child was waiting. He looked to be about ten years old. He looked at his mother with devotion and a wide, bright smile. He was not dressed to walk down the street, like any other child. He was wearing a white judogi, fastened by a yellow belt. She reached him and the boy bowed, like the theatre actors when the show ends and they greet the audience. An elegant, slow and solemn greeting. She reciprocated, then kissed him on the cheek. They left. The wife of the man in the car left the clinic and found her husband deep in thought. When she asked him what was wrong, why he was so quiet, he came out of his ponderings, looked at her and said - "You are not going to believe it."

News
Spirit of Judo: the New Magazine, in English, That is Not to be Missed!

News
A Message from Space to the Judo Community

TV
Where to watch the Olympic Games