By Nicolas Messner, Pedro Lasuen on 10. Apr 2020
Share
This is a true story, or maybe not. What do you think? 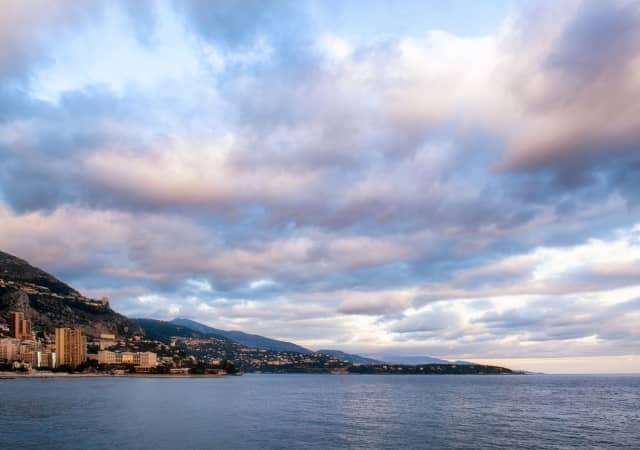 It was a cocktail bar, where you could also eat or just have coffee. It was a fashionable place, the place to be, for the always thirsty and undemanding clientele of twenty-somethings, looking for a place open until late. Good prices and an internet connection. A place to have breakfast before going to class or to celebrate the end of an exam period and, of course, to flirt. Always crowded and there was always a nice atmosphere, lots of parties and occasionally a problem.

Antonio was a young student who went to that place daily, but he did it to work. Twenty-three years old, hailing from a northern city and a family of modest means, he needed a salary to subsidise his scholarship, earned thanks to his excellent school results. He had been studying at the university of that coastal city in the south of Spain for two years and had also spent the last year and a half as a bar employee. He was serious, punctual and his boss was more than satisfied with his performance. Many students were looking for work out of necessity and to make ends meet, to have money in their pockets. Most left after a short time, for various reasons. The boss knew that Antonio would leave sooner or later. At the moment, he was one of the longest serving and he enjoyed the confidence that brought. Antonio was educated, had learned to serve clients professionally and had never been a source of problems.

Little was known about him. He was studying journalism, didn't really have a group of friends, didn't go out for crazy nights and he never slept in class, which in itself was an achievement, given his work schedules. He passed all exams with the best marks. He was, in short, a mystery to everyone, although few paid attention to him due to his discretion and introverted disposition. For his work colleagues, Antonio was just the bartender.

On the morning in question, the atmosphere was less relaxed than usual. It was May and time for the end-of-course exams. All tables were occupied. On the terrace of the bar, overlooking the sea, the students talked to each other over coffee, tea and toast with olive oil. Antonio made the coffees, served them and was clearing the empty cups when he heard screams coming from outside.

It was a cocktail bar, where you could also eat or just have coffee. It was the fashionable place, the place to be, for the always thirsty and undemanding clientele of twentysomethings who were looking for a place open until late, good prices and internet connection. A place to have breakfast before going to class, to celebrate the end of the exam period and to flirt. It was always crowded, there was always a nice atmosphere, lots of parties and occasionally a problem.

Antonio was also young, he also studied and also went to that place daily. But he did it to work. Twenty-three years old, hailing from a northern city and a family of modest origin, he needed a salary to complete the allocation of a scholarship obtained thanks to his excellent school results. He had been studying at the university of that coastal city in the south of Spain for two years, and one and a half as a bar employee. He was serious, punctual and his boss was satisfied with his performance. Many students are looking for work out of necessity and to make ends meet with money in their pockets. Most leave after a short time for various reasons. The boss knew that Antonio would leave sooner or later. At the moment, he was one of the oldest and enjoyed his confidence. Antonio was educated, had learned to serve clients professionally, and had never been a source of problems. 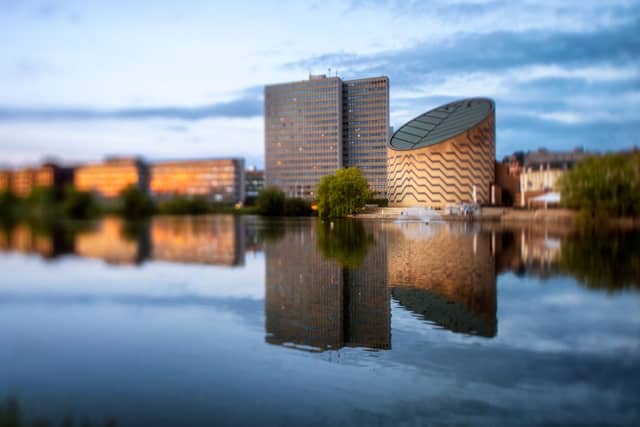 The waitress on the terrace was called Inés, new to the bar, working only a few months. She also studied at the same university, but on a different course: Law. When customers arrived at the bar they hoped to find her there because Inés was tall, pretty and classy; a brunette with green eyes.

She walked to the bar and almost threw down a tray full of empty cups and dirty dishes. She was furious. Antonio had never seen her like this. “You're good?” “No!” She snapped.

Before she could explain the reason for her anger, a man strode in from the terrace. He was also a student, Antonio had seen him in class. His name was Javier or Jorge, he did not remember, so he thought about him as JJ. His trousers were stained and it was evident that Inés had thrown coffee at him, maybe in front of his friends.

“You made a fool of me in front of everyone, you burned me with coffee and ruined my clothes. I should sue you.” he said, straight away. “Do what you have to do.” replied Ines, with her arms crossed, almost indifferent, but her eyes indicated otherwise. There was anger in her gaze.

Antonio chose that moment to intervene. “Would you like another coffee? Compliments of the house.” The student in the stained trousers looked at Antonio for the first time. It seemed he hadn’t noticed his presence. “You shut up and you, Inés, can ask for forgiveness.” She jumped, “The one who has to apologise is you. You cheated on me! And by the way, she is having breakfast at the next table. You have humiliated me. This is how far we have come. Just get out of here.”

JJ held her by the arm, brought her face very close to his and said, “As you do not apologise right now, I’ll call your boss and make a complaint.”

Antonio came out from behind the bar, took JJ’s wrist and twisted it until he was forced to release Inés. It had been fast and effective. JJ shouted, caught the right hand with the left and looked at Antonio with wide eyes. He spat out his challenge, “Tonight in the car park, you and me, alone. If you don't come, I will ahve you fired. JJ went out on the terrace. Everyone had seen what happened inside.

“You won’t consider going?” asked Inés. “Of course I will go, I don't want to be unemployed.” She looked at him, almost as if for the first time. It was a different look, like an x-ray. She discovered details that she hadn't noticed before. She saw that Antonio was broad shouldered with a strong, natural stance. He had powerful hands. He had quiet self-confidence and something else, a brutal force hidden behind a facade. “I will go with you” she offered. “No!” came the fast reply.

“I will hide and record everything with my mobile phone, just in case, so that there is evidence if things get ugly. But please be careful and don't play the hero. He is an idiot but he is not a fool and he will come accompanied. We should call the police.” Anotnio explained, “It wouldn't do any good. Sooner or later he would do something to me or to you, but okay, you can come, but be sure nobody sees you.” 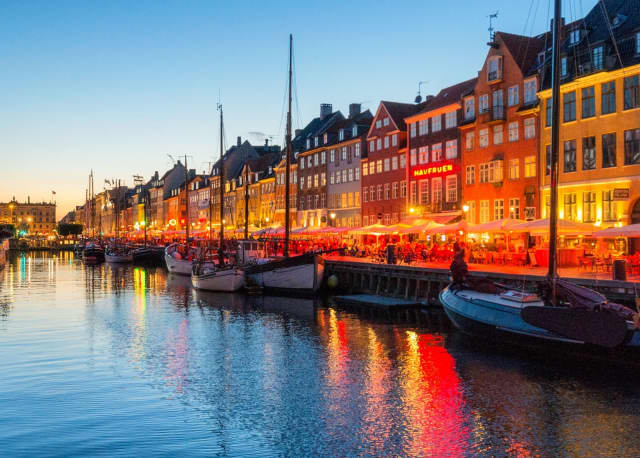 During her remaining shift, Inés dropped the tray twice, broke four glasses and spilled a cup of coffee. She was nervous and her behavior did not go unnoticed.

Late that night, when they finished their shift, they left separately. Antonio went directly to the car park of a local supermarket, only two hundred metres away. It was there where the problems between university students were settled. At that time, there were no cars. Inés made a detour and came from the back, behind JJ. He was waiting for Antonio and he did not come alone, three other men were with him. Antonio also saw them, “You're not alone.” “They are my witnesses” sneered JJ. “Of course.”

The fight began. This is what Inés dreaded, but she recorded with her phone. However, it was not an ordinary fight, not even a beating. Inés was slow to understand what had happened there. JJ pounced on Antonio, throwing punches. Antonio, hardly flinching, dodged them all. On the fourth try, Antonio grabbed his opponent's right hand and made the same twisting motion as he did in the bar earlier, with the same result. While JJ backed away with the same pain as before, Antonio was already dodging the blows of a second aggressor, calm and hardly moving and he did the same thing again. The third looked at the fourth man and saw that he was smiling and not moving. “Come on!” JJ shouted. “What are you waiting for?”

JJ, and the other two, were paralised. They didn't understand what had happened and when they wanted to react, the fourth man was already leaving the car park. They left, but not before casting a last look of helplessness at Antonio, who remained there, just as calm, with his hands in his pockets.

“You were stronger than them.” Inés said as she approached Antonio. He looked at her, “yes.” “Well, why haven't you crushed them? They wanted to beat you.” Antonio continued, “because of what you said, because I am stronger, because they had no chance. It was not a fair fight, but they did not know it. They discovered that when it was too late.”

She studied him carefully. She had never seen him like this; it was as if he were another man. “Who was the fourth guy?” Antonio answered, “a partner from the dojo.” Ines did not know what a dojo was. Antonio explained it to her. “So you're a judoka?” she asked. “What color is your belt?” He changed the subject, “It's getting late, let's go.”

The next day Antonio was not working, it was his day off. He grabbed his gym bag and went to his dojo. There the fourth man awaited him. They met in the centre of the mat in their white judogi and black belts. They greeted each other and began to fight, continuing for thirty or so minutes.

These events happened five years ago. Today, Antonio is a journalist and works on a radio station in the city where he studied. When he is free, he still trains in the same dojo.