The hands of judo

Written by Pedro Lasuen on 20. Aug 2020
Share
Anton Cena is in no rush, but he doesn't like wasting time either. It is normal for someone who gets up at six in the morning and finishes his workday at ten at night. So talking to him is exposing yourself to a cataract of data, facts and anecdotes. It is a speech in the form of a torrent, vibrant and direct, without pauses. You have to be vigilant and aim quickly because his is a life that breathes to write a book. A vital existence whose first great test was forged in the heat of a tragedy. 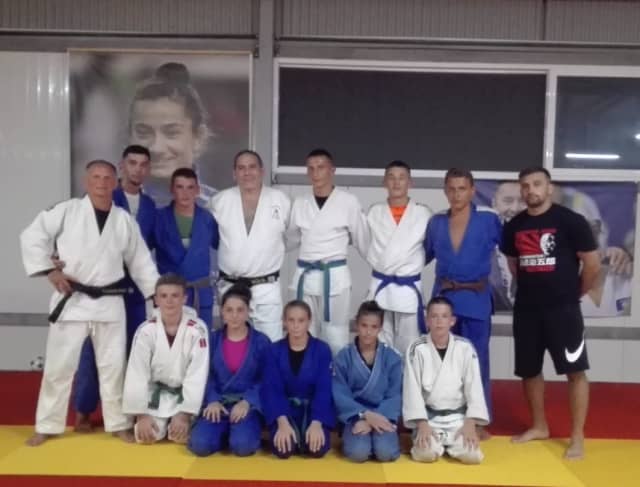 No-one is really prepared for the loss of loved ones. Anton was just seven when his parents passed away and no-one knows how they will react when misfortune of this magnitude strikes.

Anton did it with integrity. At the age of ten, he put aside karate and gymnastics, which he had practised since he was seven and devoted himself exclusively to judo. Forty-seven years later, judo remains the passion of his life and the activity that centralises all his activities, both professionally and personally.

Today he is European and World champion in the veterans category, which says a lot about his physical and mental condition. However, what really interests us is how he has structured his life, by and for judo, basing everything on solid convictions.

Anton was born in Kosovo. It is a country anchored in a complex and harsh region; a very young nation built on character and determination. The Kosovar is friendly and hospitable, but he is also a determined worker and generally hard as rock.

Anton is a police officer. He is an instructor in the Police Academy of Public Safety in Vushtrri, Kosovo since 2000 and here the really interesting part begins, because this man is convinced by the virtues of judo being applied to police tasks, “You can't be a police officer without practising judo," he explains. The next step was to convince his bosses. "It is not nonsense and I do not do it out of stubbornness, but because I have demonstrated the importance of judo in critical situations." Anton has imposed an exam for which the basic level corresponds to the yellow belt, at the very least. “When you have to arrest a criminal who is stronger than you, you cannot shoot him, it would be crazy, especially if he is unarmed. Then you use judo techniques, especially dashi-barai, a good sweep and put the handcuffs on him.” It is just an example. 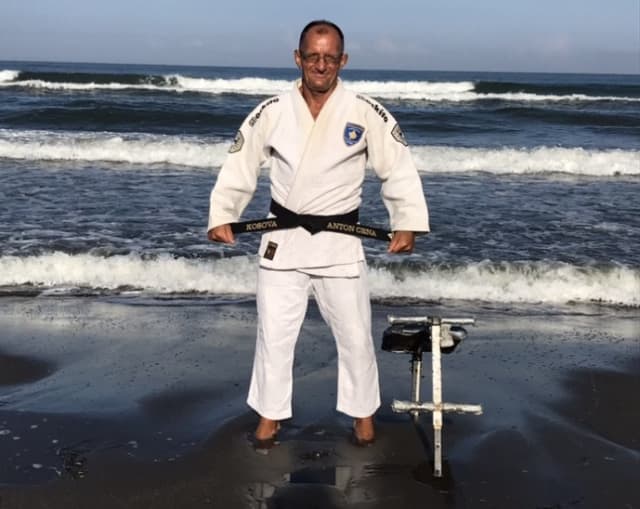 More than ten thousand police officers have passed through Anton's hands. "Many hate me because I am very tough, while many others adore me, but they are all excellent officers." That is Anton's greatest pride, knowing that his work makes sense and that the streets of his country are safer thanks to judo, thanks to the passion of his life.

A well-trained police force, skilled in judo and, to top it off, polite and respectful, is probably a dream for any government. Anton has succeeded.

His secret is discipline and he leads by example because Anton's demand is, first of all, with himself and then with others. "You can't live without discipline," he says.

Through his hands, those judo hands, many other people have also passed, some very famous. When Anton finishes working, he dedicates himself to judo, this time personally. He even trained with Driton Kuka, who is none other than the coach of Majlinda Kelmendi, Olympic and World champion and Driton has built a first-rate Kosovar team that aspires to everything in any tournament. Measuring a Kosovo judoka is a very serious test because they work very hard and have limitless determination. It's also Anton's footprint.

Anton has built two dojos. The first is in the garden of his house, in Pristina, Kosovo's capital. The second is the largest in Europe and is equipped to organise international seminars.

In the first, he trains from Monday to Friday, between seven in the evening and ten at night, seventy disciples of all ages. His greatest reward comes from the elderly because, he says, “they have given meaning to their lives. They no longer spend hours in the corner bar smoking and drinking and those are not my words; they have told me. " 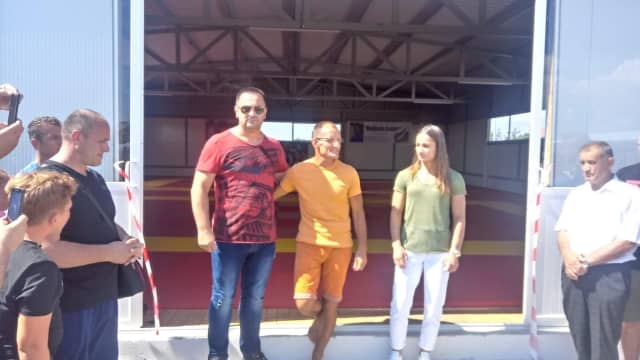 The dojo in his garden is named after Marius Vizer, president of the International Judo Federation. A man of action who uses the name of another man of action on the frontispiece of his most intimate dojo. The space has grace. Imagine the president of the IJF together with a police instructor, incognito, almost as if it were a special operation, visiting Anton's dojo at midnight, in the middle of Marius Vizer's official visit to Kosovo.

“He had come to inaugurate a statue dedicated to Majlinda Kelmendi for her extraordinary career. He had lunches, dinners and speeches on his agenda, but I was his driver for the occasion, therefore I explained what I had built.”

Since the president is curious by nature, he wanted to see the dojo with his own eyes, despite it being midnight and there not being much to see. "We took a torch," explains Anton with a laugh. "We had a very nice time." 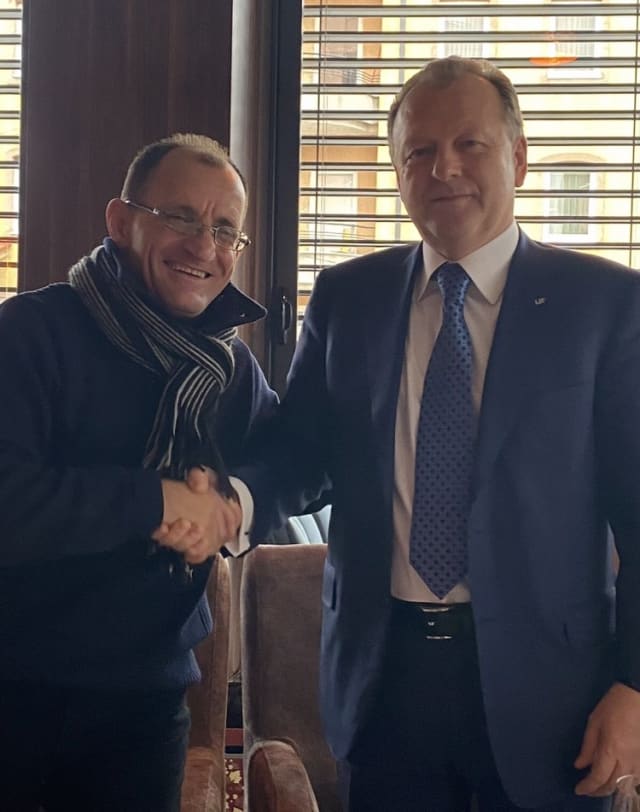 Anton Cena never tires and so his days go by, between training sessions for police officers and members of the special forces, classes for his students, competitions and then starting over. They are elaborate and complete days, based on effort and discipline, the same values that he has instilled in his four children, all judoka.

He is proud of what he does and you can see that he likes it. The boy who lost his parents has become a man with very clear ideas and through whose hands thousands of people have passed. Hands made to build. The hands of judo.