Written by Pedro Lasuen on 23. Sep 2020
Share
They are adversaries on the tatami, siblings before and after each fight. They admire and respect each other. They are high-level competitors, with their dreams, their ambitions and their fears. They are human, sportsmen, judoka. They wanted to see each other officially, with referee, clock, result and they wanted to practise judo and defeat pessimism. Beginning on Saturday 26th September, they will have what they wanted. 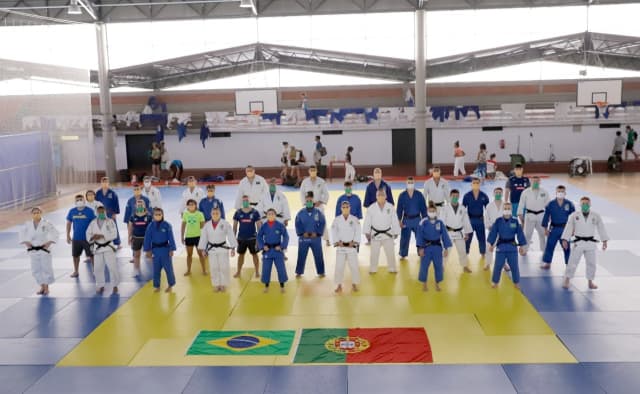 The city of Coimbra will host the Kobayashi Cup from Saturday to Sunday; the first tournament organised in Portugal since February, for well-known reasons. The mysterious virus put a brake on all the preparation and strategy initiated by national federations. Now, little by little, the doors are opening. In Coimbra, Portuguese athletes play hosts to the senior team from Brazil; a real litmus test for both countries. And it is so, not only because no one has competed in months, but because the two countries have been training together for two months in a perfect example of camaraderie.

The first thing is to know the state of form and mood of the teams after being inactive for so long.

Yuko Fujii, Brazil Men’s Team coach said, “At the beginning of this focused period, the athletes showed a lot of differences in physical condition, from athlete to athlete. Those who managed to train judo, in particular, recovered faster and those who did not have access to training took longer to return to the rhythm. We are now in the 7th week of training and all athletes are showing a good evolution both physically and technically on the tatami. They are concentrating on building and developing their judo. Despite having many uncertainties, they are not letting this affect their focus. The athletes and the coaching staff are savouring the happiness of doing what we love. We will continue to focus on construction and evolution until confirmation of the date of the first competition and yes, we will be prepared for the return.”

“Anxiety, at this point, is a dominant spirit. Physically and psychologically they are able, of course, but the lack of competitive rhythm will be transversal, something that will affect all athletes, having not competed since February,” explains Pedro Soares, Portugal team coach.

It does not matter the curriculum for each athlete, the honeys of past triumphs, the accumulated titles. What matters is how to face the return to an only recently emerging normality, with a tatami, a referee and something at stake, if only in terms of reputation. 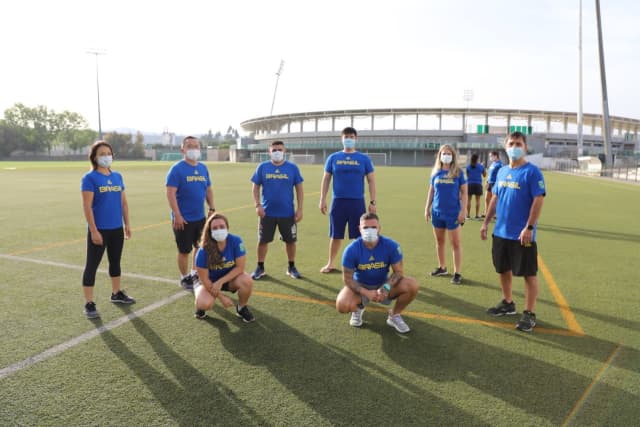 Everyone is relieved to be able to train, to leave a universal confinement and feel like a judoka again. It is the moment to release the stored energy, to regain contact with the opponent. Brazil is, in that sense, a splendid touch test.

“The Brazilian team is one of the strongest in the world, technically way above average. For us this exchange has been spectacular; the senior athletes of our team have been able to increase the training load progressively. They resumed training alone at the end of June and a month later the team from Brazil arrived, which increased our training quality exponentially. For our cadets and juniors, it has been a great learning experience. They have a close view of what high performance is and they are dedicated only to judo. They train twice a day and have the privilege of training with a top team for 2 months,” continued Pedro Soares.

Since they have been training together for months, everyone knows each other's current level. It may be time to practise new things, to use different tactics, that remain to be seen. Nobody says anything. What they do talk about is the tremendous desire for the competitions to start. 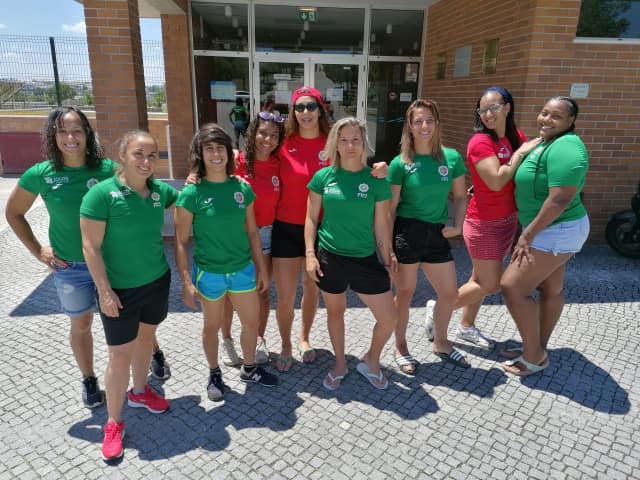 Patricia Sampaio, who competes in the -78kg category, was excited by the future, “Competition is what I love the most about judo; there is nothing to compare to the adrenaline that runs through my veins during a fight day. So now that I know that competitions are coming back, I feel super excited and anxious to be back on the mat doing what I love the most. I must admit that I'm also a bit nervous because it’s been so long since we competed last. Physically I feel well and strong. I never stopped training, even during quarantine and 2 months ago our federation started doing training camps every week. Currently we have the Brazilian team training with us on a daily basis and it’s so productive. I'm super ready to come back. I'm excited to see the result of the hard training I did in this tough period. Most of all I miss fighting, the challenges and all the emotions that it brings me. I really can't wait.”

Overseeing the joy of meeting each other in a tournament is the moment that has been chosen to kick-start the World Judo Tour. In just a month it all begins at the Budapest Grand Slam. It’s a step on a new path that leads to the Olympic Games. That's why they must all continue to train and now they are even more eager to compete, because all eyes are on Tokyo. That long-awaited trip begins on Saturday in Coimbra. 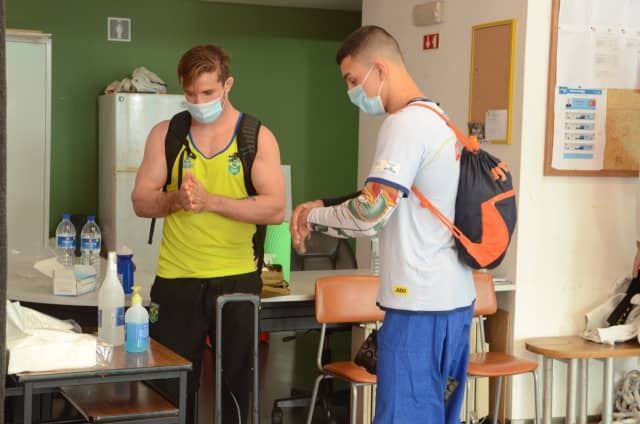 Story
The Beginning of Everything

World Judo Day 2020
We Demonstrated That We Are #StrongerTogether

Veterans
What motivates older athletes to start judo and to carry on in the Corona crisis?