06. May 2021
Photographs by Gabriela Sabau, Emanuele Di Feliciantonio
Share
Not a single competition can expand without the contribution of photographers and film crews. To visualise contests, to get emotions and to understand the process of an event is a very important part of a judo life. Despite the keen interest of media from all over the world, the IJF has its own crew and a studio.

ABE Uta (JPN), Dzmitry MINKOU (MLR) and Hélène RECEVEAUX (FRA) were all medallists in Kazan in 2021

The IJF Photo Studio was inspired by a suggestion from Gabriela SABAU and was created 3 years ago. The main idea is to take good pictures of every athlete and to promote them the way they deserve.

Gabriela said, “The old pictures weren’t high enough quality for advertising and creating banners, but now the problem is solved and much better than we expected. Due to this studio, today it is possible to create fresh photos of athletes. Sometimes we had a 26 year old athlete with a picture from when he or she was 14 years old and that is fixed. It also offers us the possibility to create different collages that we can use for banners and posters and that can help to promote judo all over the world.” 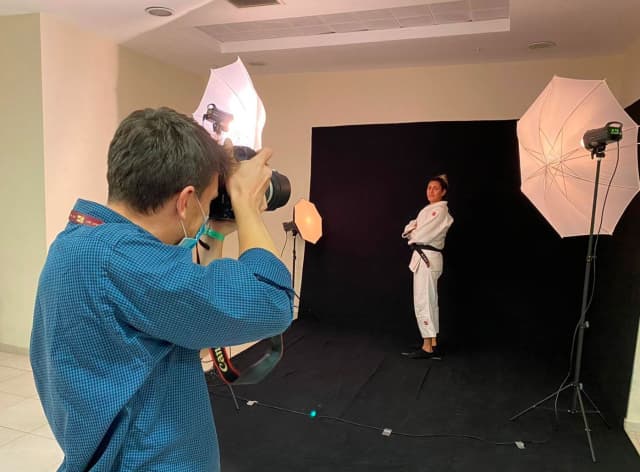 Emanuele Di Feliciantonio in the studio

The studio shoots are not only for the sportsmen but also for the members of the IJF, including staff, coaches, doctors, physiotherapists, etc. Then, their photos differ from the athletes' pictures, being more formal, like in a passport. They are used for documents, accreditation cards and important papers. 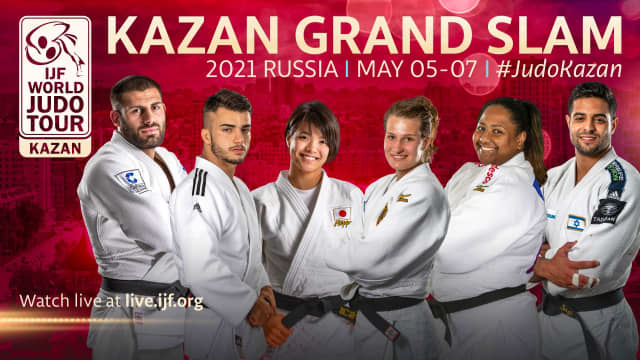 The IJF Photo Studio team consists of two professionals, who have dedicated their lives to photography. Both, Gabriela SABAU and Emanuele DI FELICIANTONIO started taking pictures at the age of 14. She was an amateur photographer with her father's camera. He was a novice judo photographer. Both of them studied other specialties at university, but they gained experience from more seasoned photographers. Gabriela was surrounded by competent cameramen, while Emanuele was raised by his father, who is a skillful judo photographer himself. Behind them is an abundant new archive of hard work and patience, but there is still a lot of work to be done. 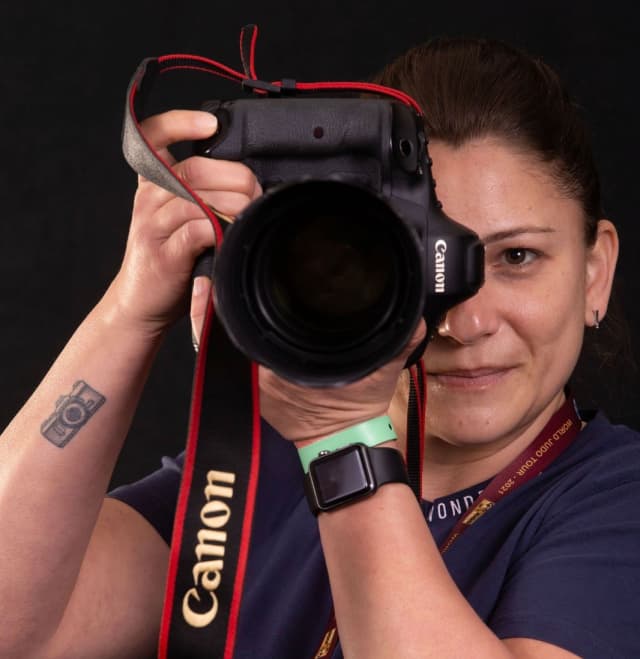 The studio is organised one day before every competition. When the room for the black background (for the contrast with the white judogi) is chosen and all the equipment and lights are installed, the studio can start the process. It runs every day during the preliminaries, untill 4:00 pm.

More than half of the athletes from the World Judo Tour and almost all top judoka have now taken their studio pictures. Every time, at least 4 photos are taken: from the front, left and right sides, plus an extra one which is very special. “It is called the celebration picture and it shows sincere emotions. We ask them to think about winning the gold medal at the World Championship or at the Olympics,” explains Emanuele. 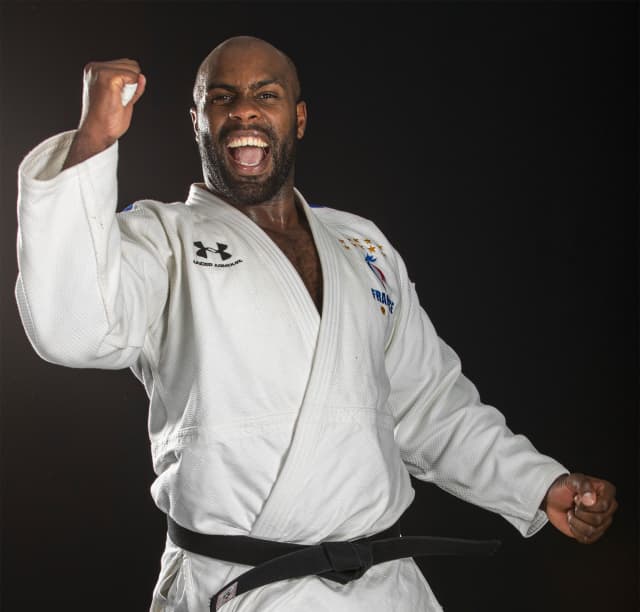 The interaction with the athletes is also an art, an art of understanding people, an art of vision and beauty and of studying new things. Gabriela and Emanuele have to face the language barrier, but it doesn't hamper the process, because they know how to communicate using body language and facial expressions. They show judoka the poses and say what they should do in the frame. “Photographers have to be open, funny and communicative to get the right emotions from athletes,” said Emanuele. Both he and Gabriela try to make all judoka laugh, to create comfortable conditions. This is the only way to get such vivid photos, full of joy and high hopes.

This studio will keep living, while the judo is alive, because every year new athletes become members of a big judo family and everyone should have a beautiful memory captured by the camera. 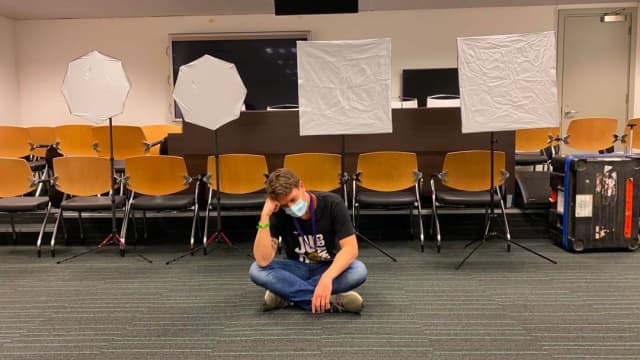 When the event is over

"This photo is a portrait for future generations," Emanuele said. Photographers can’t wait to take new pictures and meet new generations of champions, who will contribute to the future development of judo.

The IJF Photo Studio is currently working hard at the Kazan Grand Slam and is getting ready for the World Championship in Budapest, which will begin on 6th June 2021.