Written by Mark Pickering on 26. Jul 2019
Share
Use #JudoZagreb to join in with the social media discussion.

Olympic bronze medallist Otgontsetseg GALBADRAKH (KAZ) emerged triumphant after a titanic battle with Tbilisi Grand Prix winner Melanie CLEMENT (FRA) as the pair went toe-to-toe for over 10 minutes on the tatami. GALBADRAKH and CLEMENT, who both hold wins over world champion Daria BILODID (UKR), both scored a waza-ari during regulation time to force golden score. After four and a half minutes of added time, CLEMENT walked straight onto an o-ouchi-gari from pocket rocket GALBADRAKH who captured the first gold medal of the Zagreb Grand Prix 2019. 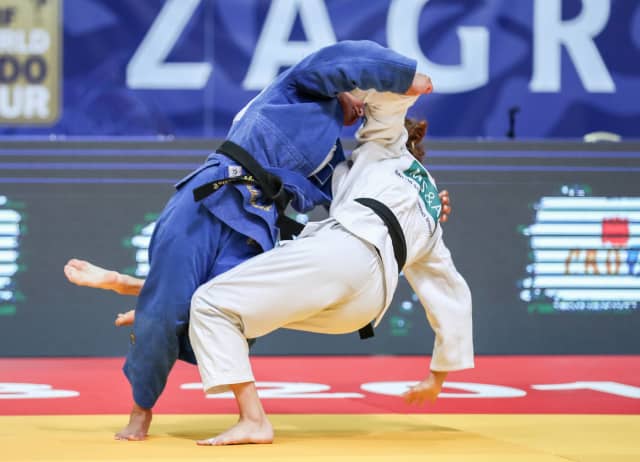 The first bronze medal contest was won by LI who beat world number 89 Shushila Devi LIKMABAM (IND) with 21 seconds left on the clock. China’s LI threw with a makikomi to overcome the plucky Indian judoka who still achieved the best result of her career on the IJF circuit.

The second bronze medal was won by SENTURK who defeated Hohhot Grand Prix silver medallist XIONG Yao (CHN) after 56 seconds by ippon from an o-uchi-gari. 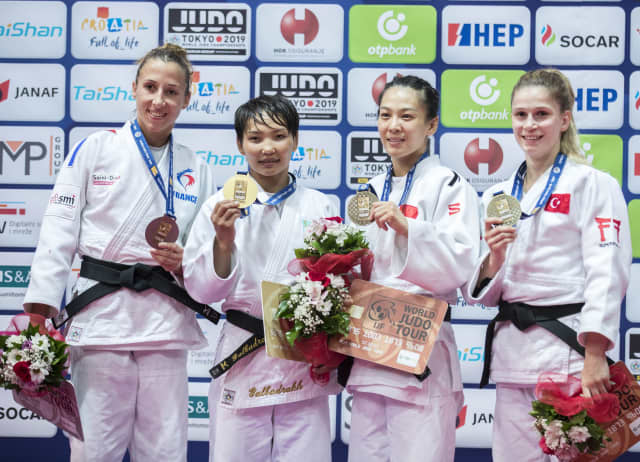 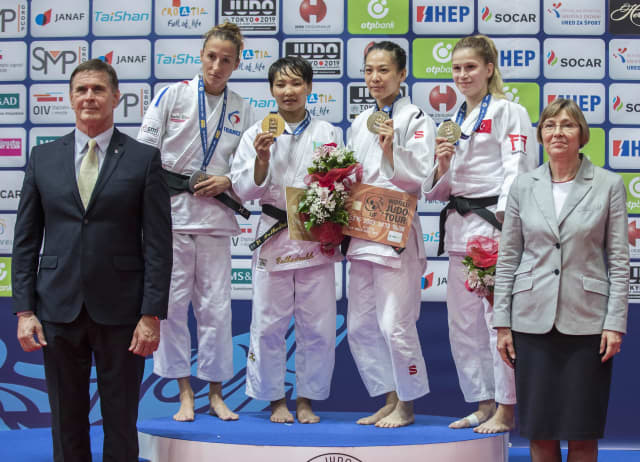 Former world silver medallist TSUNODA Natsumi (JPN) edged past Asian Games silver medallist PARK Da Sol (KOR) by a single waza-ari score to win her second Grand Prix gold medal. TSUNODA, who is behind world champion ABE Uta and world silver medallist SHISHIME Ai in the race for Tokyo 2020, produced a professional performance to take a key win to remain in the frame for her country having been overlooked for a place at the World Championships next month. 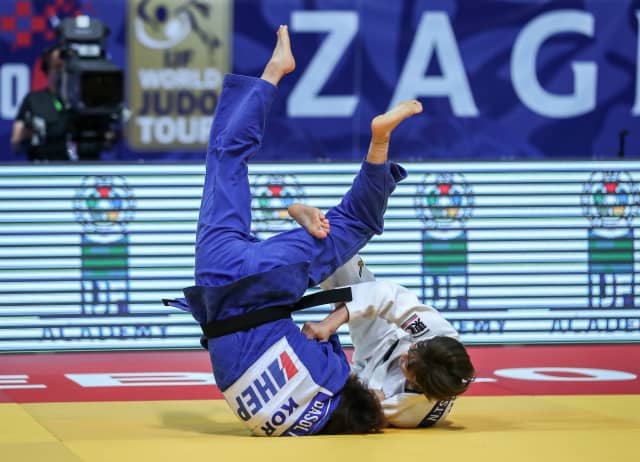 The first bronze medal was awarded to VAN SNICK who submitted world number 61 Tetiana LEVYTSKA-SHUKVANI (GEO) with a juji-gatame to win her 15th Grand Prix medal.

The second bronze medal was won by European Games bronze medallist Chelsie GILES (GBR) who held down JEONG for 10 seconds after five minutes of golden score. GILES showed her immense talent by conquering the Olympic medallist with a neat turnover and osaekomi-waza to continue her rise up the rankings. 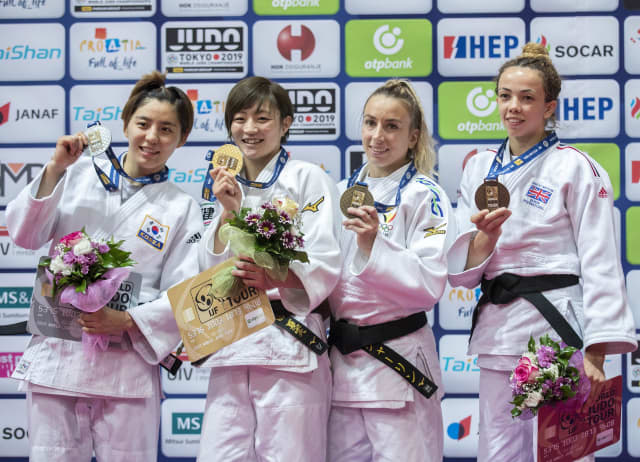 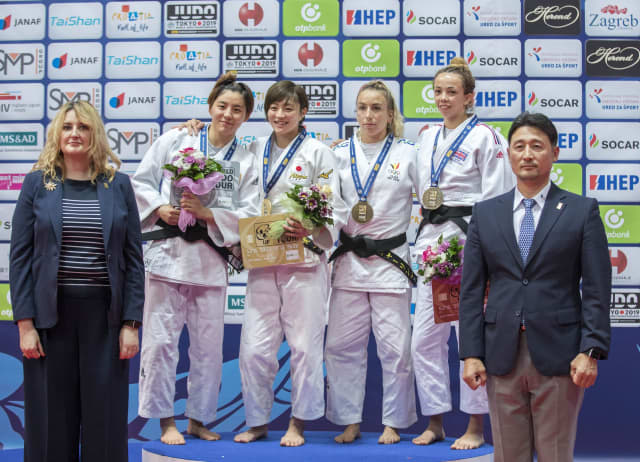 Osaka Grand Slam winner Jessica KLIMKAIT (CAN) defeated Paris Grand Slam bronze medallist TAMAOKI Momo (JPN) for the second time to win -57kg gold in Zagreb. KLIMKAIT, who beat TAMAOKI in the Osaka Grand Slam final in November, won her first Grand Prix title after TAMAOKI was disqualified for endangering her opponent with waki-gatame. Number one seed Christa DEGUCHI, the teammate but arch-rival for KLIMKAIT in the race for Tokyo 2020, pulled out this morning after feeling pain in her foot during the warm up. 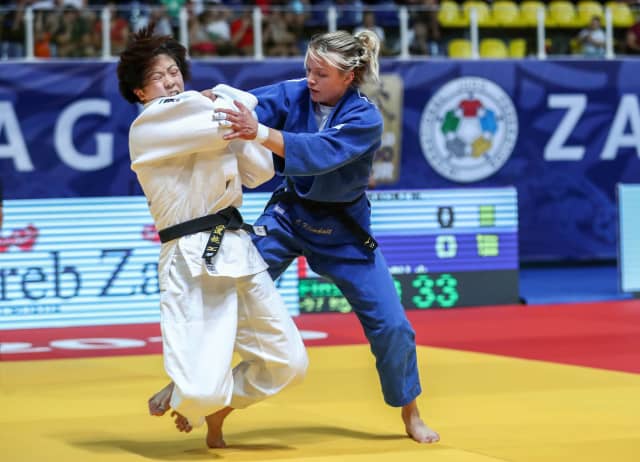 In the first semi-final Junior European silver medallist Eteri LIPARTELIANI (GEO) lost out to TAMAOKI by ippon while two-time world medallist Nekoda SMYTHE-DAVIS (GBR) was second best against KLIMKAIT who won by a waza-ari score from a o-uchi-gari.

The first bronze medal was won by SMYTHE-DAVIS who scored two waza-ari without reply against Düsseldorf Grand Slam bronze medallist Sarah Leonie CYSIQUE (FRA) to her delight and a huge ovation from her young teammates from Ealing Judo Club.

The second bronze medal was won by teenager LIPARTELIANI who brushed aside two-time Grand Slam winner KIM Jandi (KOR) with relative ease. Georgian youngster LIPARTELIANI won her first IJF World Judo Tour medal by rolling over her seasoned opponent for a waza-ari before throwing with a front uchi-mata to seal a hugely impressive result. 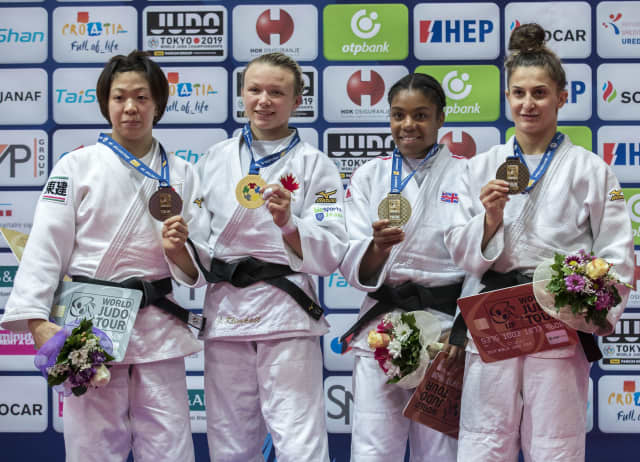 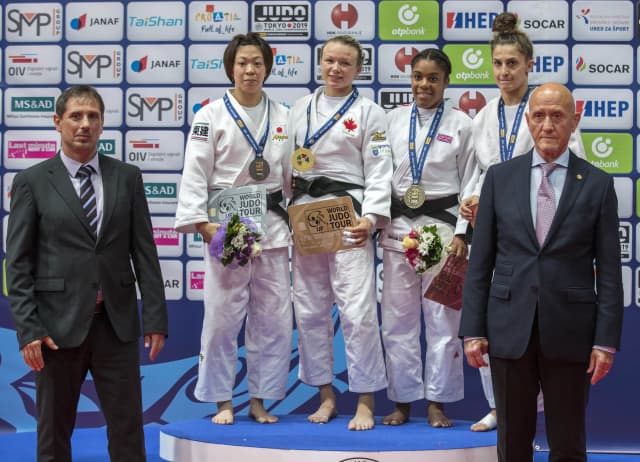 -60kg: LUTFILLAEV prevails as MCKENZIE misses out on elusive gold in 37th GP

Marrakech Grand Prix winner Sharafuddin LUTFILLAEV (UZB) rescued the -60kg final in the closing seconds after Antalya Grand Prix bronze medallist Ashley MCKENZIE (GBR) was given his marching orders for his third shido. Londoner MCKENZIE, who is closing in on a place at his third consecutive Olympics, was on the verge of his first IJF gold medal – on his 37th attempt on the Grand Prix stage alone – with a waza-ari advantage before letting the world-class Uzbek back into the final and with 15 seconds remaining he was passive and was disqualified to his bitter disappointment. 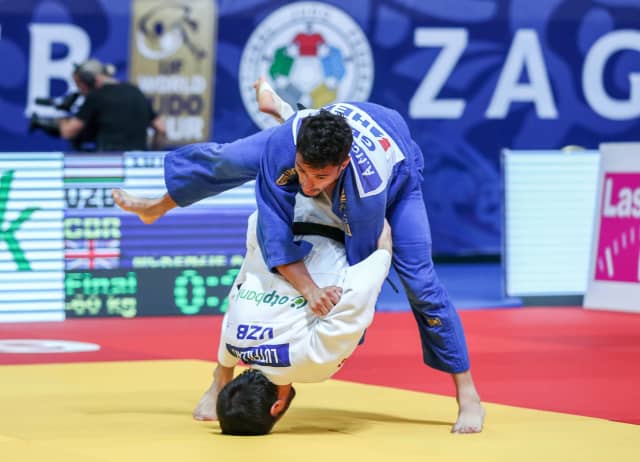 The first bronze medal was won by GOLOMB who dismissed Rome European Open silver medallist Dauren SYUKENOV (KAZ) after just 40 seconds with a tani-otoshi to mark his first IJF start with a place on the podium. 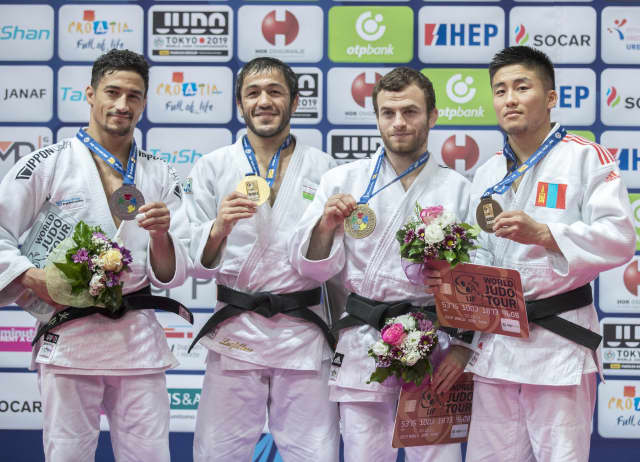 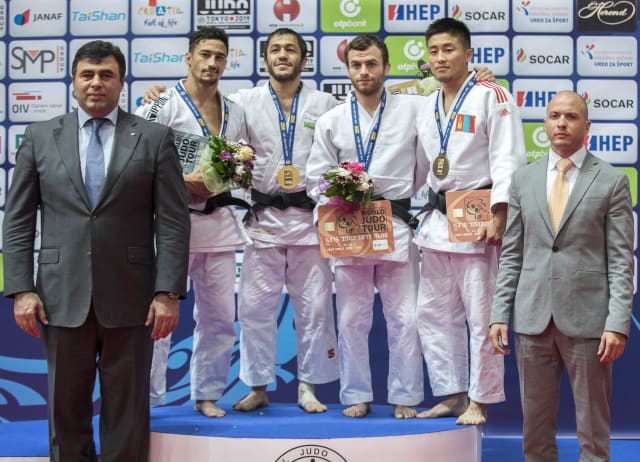 Antalya Grand Prix bronze medallist Alberto GAITERO MARTIN (ESP) won his first IJF gold medal in style as he bested Paris Grand Slam winner Denis VIERU (MDA) with a sumptuous ippon-seoi-nage. GAITERO MARTIN, who won their previous meeting at the Abu Dhabi Grand Slam last year, was victorious once again as he upset the Moldovan who was unsuccessful in his bid for a fourth IJF title in 2019. 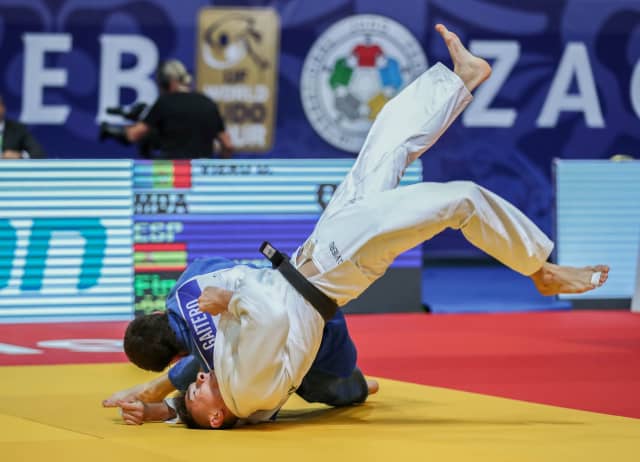 In the first semi-final VIERU held down four-time Grand Prix winner DAVAADORJ Tumurkhuleg (MGL) and the Mongolian elected to tap out and concede the contest.

The first bronze medal was won by Ekaterinburg Grand Slam winner Kilian LE BLOUCH (FRA) after a below-par TILOVOV was disqualified after both men were penalised for passivity 50 seconds into added time.

The second bronze medal went to DAVAADORJ after the in-form Montreal and Budapest Grand Prix winner GANBOLD Kherlen (MGL) was penalised for the third time after stepping out of the contest area. 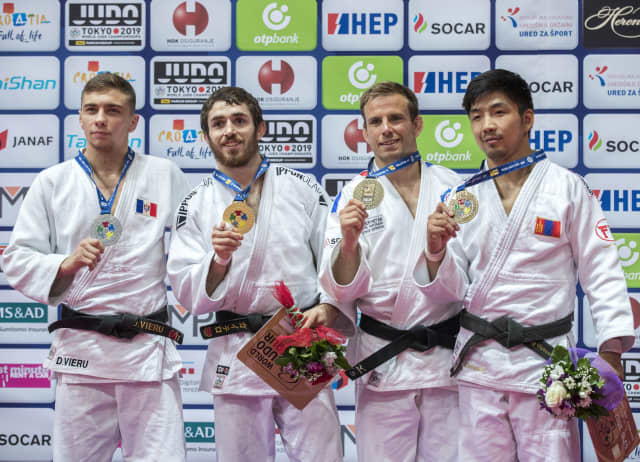 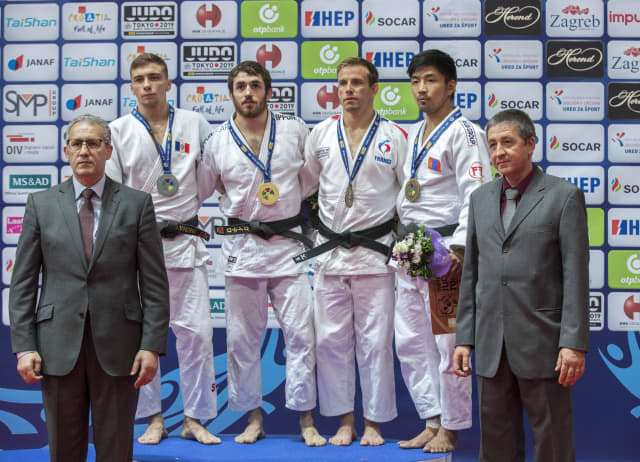 See also
News
“Never Give Up - Just Be Stubborn!”

Story
The heiresses of the pioneers