For a Week the Earth Stopped Spinning for Julien

Written by Nicolas Messner on 13. Oct 2022
Photographs by Emanuele Di Feliciantonio
Share
For several months, Julien Brulard has been on the road. From one judo club to another, from one country to another, the 29-year-old young man from Beauvais in Picardy, France, travels thanks to his black belt. To put it another way, he is welcomed in any dojo in the world and haphazardly he stays for a few hours or several days, to practise judo and share his passion for the sport. 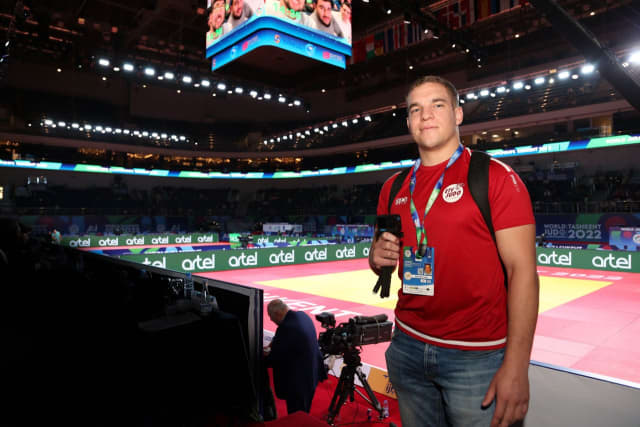 For a week, his planet stopped spinning and he put his bag down in Tashkent. Accredited by the IJF, he was able to experience the World Championships from the inside.

"My very first impression is that of the grandeur of the event. I had already attended several world championships, from the side of the spectators but this is the very first time that I can really experience this from the inside and it's really incredible. When I see all this, I say to myself that there must not be much difference between the Olympic Games and this.

A few months ago I was present at the European Championships in Sofia, Bulgaria, and I found that it was very well organised. Here in Tashkent though, everything is in another dimension. I lived eight exceptional days. 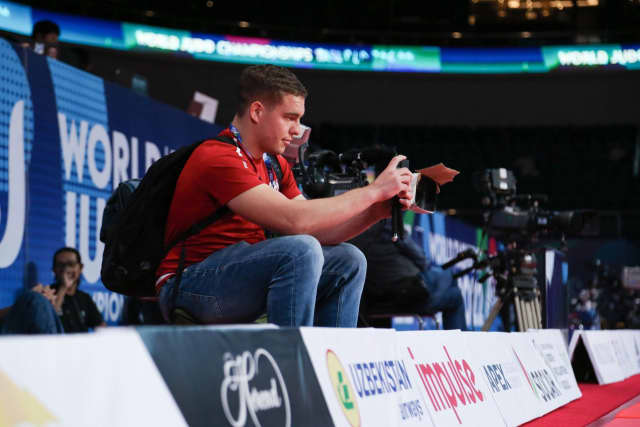 On the judo side, it was obviously very interesting. There were plenty of upsets with several top seeds failing to win. I imagine it's a bit of the magic of the world championships. For me, if I have to remember a few key moments, I will remember the final of the two Japanese at -73kg, even if I was a little disappointed. I expected even more of them. It was interesting to see that the audience was behind Maruyama more than Abe. I imagine they liked his story and a bit like in France, we always supported the cyclist Raymond Poulidor, who had the reputation of always coming second, the Uzbek public supported Maruyama.

I was also impressed by Casse's semi-final against Fujiwara, won by the Belgian. In +100kg, I was waiting to see Saito. He is very strong, that's for sure, but he still needs to mature. Among the women, what about Romane Dicko, who was the strongest and she knew how to hold her rank, I almost want to say easily. I expected a lot from my French friends of course. For example, Madeleine Malonga, whom I have known for a long time. Unfortunately not everything went as planned but I think we have to take these championships as a step, a preparation and we will soon find them at the best level.

However, I must say that paradoxically, I didn't see that much judo because I preferred to spend as much time as possible behind the scenes and especially in the warm-up room. I wanted to feel the atmosphere there, hear the noise, witness the stress and the concentration and have the feeling of being at the heart of the reactor. I had great pleasure in meeting many judoka that I had first met along my journey. I didn't come with a particular mission, just that of increasing the number of contacts. During these days, for example, I was able to make interesting contacts for the rest of my trip. Doors are opening. The months to come will prove it to me.

I was also able to cross paths with judo personalities, who seemed unattainable to me. I am thinking of Mr Yamashita for example, or Mr Rougé. Here in Tashkent, I saw them and was able to speak with them, it was extraordinary. I was able to see how much, in the world of judo, everyone is very simple and humble. The great champions are men and women like everyone else. It is undoubtedly one of the elements that I will hold on to from this beautiful week.

I was also pleased to see that a team of refugees were present and I think the work the IJF is doing in this area is admirable. 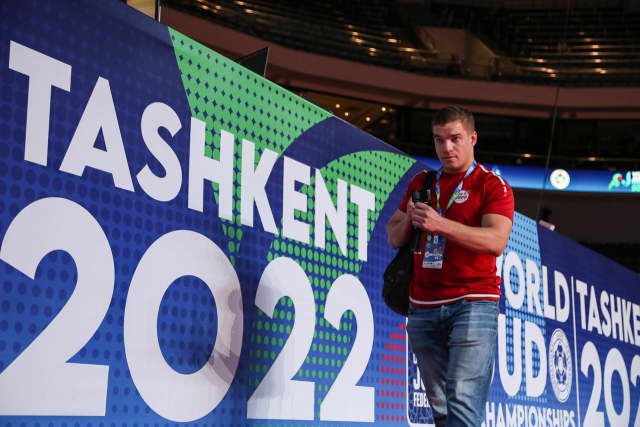 Until I arrived in Uzbekistan, I was a little blocked from continuing my journey because of the global geopolitical situation and the pandemic in China, which is still a handicap for travellers like me. However, I was able to meet the French coach of the Chinese team and maybe the horizon is clearing up on that side of the world.

I believe all of this will make my world tour project grow and myself as well. More and more I meet people who recognise me and follow me. Speaking with Neil Adams for example, I realised that he knew all about my story. Major events are not only a sporting event, they are also a magnificent window into the world.

I was also able to multiply the discussions with the local and international media and that too is interesting.

In the end, I'm really happy to have been able to come. I'm also a little sad in a way because I know I'm going to have to leave people I really appreciate. This is how it is. There is no choice, but my heart aches. This week, I saw my friends lose or win and I was able to experience it from the inside. I am happy to have been part of this beautiful Uzbek story."

Starting tomorrow, Julien's planet will be spinning again and we will be able to continue to follow him remotely via social media or on the IJF website. For those of you who are reading these lines, if Julien ever gets close to you, don't hesitate to welcome him for some randori.