Judo as we love it!

Written by Nicolas Messner on 13. Oct 2022
Photographs by Gabriela Sabau, Emanuele Di Feliciantonio, Tamara Kulumbegashvili
Share
The individual World Championships ended on Wednesday 12th October with the victories of Romane Dicko (FRA) and Andy Granda (CUB). While waiting for the results of the team tournament, we can already draw some initial conclusions about a championship that has kept us in suspense for seven days. 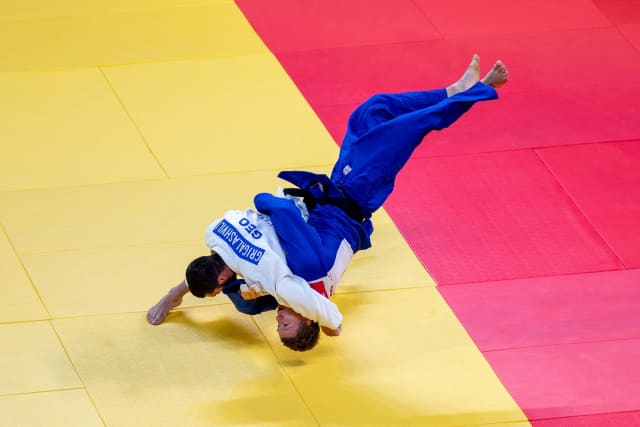 Looking at the individual results, team Japan is the overwhelming favourite for the teams but we all know it, especially the Japanese, that everything is always possible. Let's wait a few more hours to know who is the new mixed team world champion. In fact, Japan will long remember their defeat in the final of the Tokyo Olympic tournament against France, when this format of competition first appeared at the Olympic Games.

The first days of the World Championships were exclusively Japanese since the first four anthems which echoed in the Humo Arena played out all the notes of Kimi Ga Yo.

If things seemed relatively unbalanced in the men's and women's lightweights, as Japan dominated the debates thanks to Naohisa Takato (-60kg), Natsumi Tsunoda (-48kg) and the Abe siblings (Uta and Hifumi in -52kg and -66kg), everything was rebalanced on the third day of competition with the victories of Tsogtbaatar Tsend-Ochir (MGL) and Rafaela Silva (BRA). 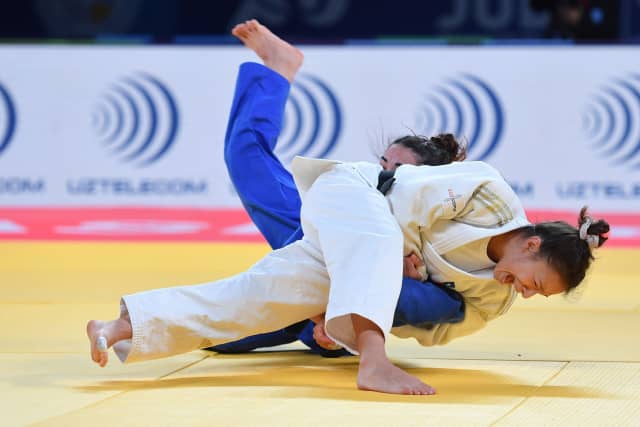 Japan, aiming for six titles, finally obtained a fifth one thanks to Megumi Horikawa (-63kg). It is obvious that we cannot speak of Japan's failure, quite the contrary. A total of 12 medals will fly back to the land of the rising sun, well ahead of Brazil on the medal table, with their 4 medals. However, this rebalancing after the first days is interesting and must be underlined; as must also be pointed out, the prolonged wait for Japan to win the men's heavyweight title, despite the presence of the new prodigy, Tatsuru Saito, the son of the legend and late Saito himself, double Olympic champion. Tatsuru, for a first appearance on the world stage, still has a lot to learn. There is no doubt that we will see him again and he will be in position to win gold again. We are waiting for the meeting with King Riner. In Paris in two years?

Brazil therefore finished in second place among nations and the performance was impressive. The two titles went to veterans of the circuit, Rafaela Silva (-57kg) and Mayra Aguiar (-78kg). Both former world champions are coming back to the fore and are potential favourites for the Olympic title in two years in Paris. Undoubtedly, no one believed in such a return, except those concerned. They flew over their categories, imposing their technique and power. Brazil were even in a position to make the hat trick, as Beatriz Souza qualified for her final. Unfortunately for her, she found in her way the Frenchwoman Romane Dicko. Arriving as the ultra-favourite, the latter left no chance for Souza and thus obtained her first world title. Is it the beginning of a long series for the French? Highly possible. 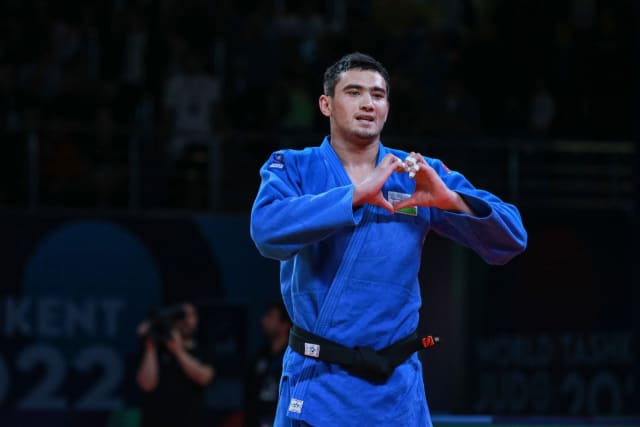 About the French, more precisely, we cannot say that these championships were a good vintage. Despite dominance in the women's categories at Tokyo 2020 last year, not everything went according to plan in Tashkent. So yes, there were the satisfactions of Amandine Buchard, always ready, obtaining a very beautiful bronze medal and very close to defeating Abe Uta. Yes, there was a breath of fresh air from Manon Deketer (-63kg) and Julia Tolofua's third place in the shadow of Dicko, but there were also a lot of premature disappearances during the elimination phases, especially from the men, none of whom passed the third round. A seventh place in the world rankings is not representative of the value of French judo. Adjustments in the preparation will no doubt be necessary in the weeks and months to come, because the Games in Paris are already fast approaching and France certainly does not want to rest on the fact that they will have an athlete in each category automatically as host country.

Uzbekistan, which hosted these world championships, dreamed of organisational and sporting success. The latter took a long time to take shape. We even worried a little about Ilias Iliadis, the head coach but everything comes at the right time to those who know how to wait. Uzbekistan was right to be patient. The two fabulous titles obtained by Davlat Bobonov (-90kg) and Muzzafarbek Turoboyev (-100kg) have given a smile to a whole nation. The fact that this historic first took place at home for the Uzbek judoka still adds further sparkles to the overall success of the event; 2 world titles in the same edition of the worlds is their new record. There is talent here and this is not the last time we will hear about these judoka. Behind, the women are pushing harder and harder and they too could gain places soon. 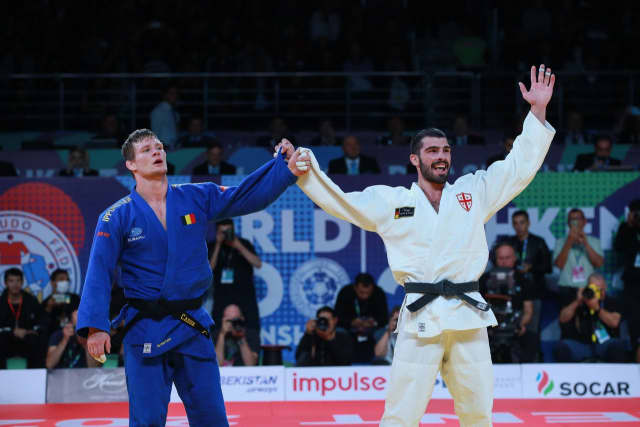 We will remember the magnificent world titles of Mongolia with Tsogtbaatar Tsend-Ochir, Georgia with the technical, tactical and psychological transformation of Tato Grigalashvili, who was the actor of the most beautiful final of recent years with Matthias Casse (BEL), or the 100% Croatian final between Barbara Matic and Lara Cvjetko who showed us what friendship in judo means. Then there was the world title of Cuban Andy Granda, who no-one saw at such a party among heavyweights but who foiled all the forecasts. It is important to underline that in recent months Granda benefited from the support of the IJF and that he was able to train in the best possible conditions, in Hungary. 'Mutual aid and mutual prosperity' takes on its full dimension here.

Canada did not win a title, but we can say that these championships are a success for the country of the red maple leaf. Two silver medals, one bronze, not to mention two seventh places. The men and women of Antoine Valois-Fortier shone in Tashkent and the future looks pretty clear, especially when you see the judo produced by Kyle Reyes for example, with a very Japanese style. 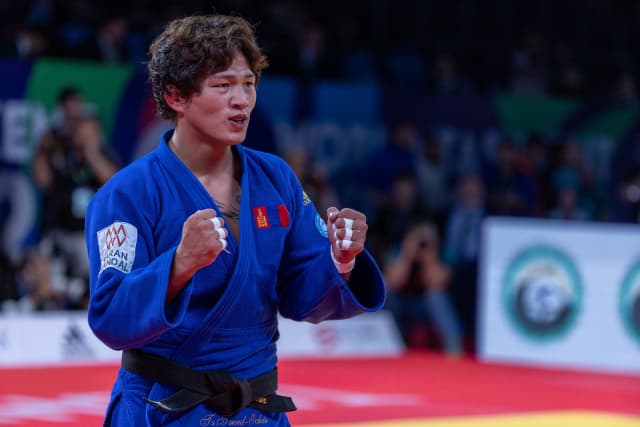 We can also speak of success for Italy which placed two judoka on the podium, Assunta Scutto and Christian Parlati, and a total of six judoka in the final block. The dynamic of the transalpine team is positive. They are not ones who will complain about this edition.

In a particularly competitive context, reaching the podium was not easy in any category. Many countries were aiming for better results, others were hoping for at least a podium, but all had to contend with the very high level of the championship. Thus Germany, Great Britain, Ukraine, Portugal, Austria, Kosovo and even China, which reappears at this level of competition, do not leave empty-handed. This is not the case for Israel, Spain, Hungary or Serbia, for whom the 2022 worlds will not be remembered well. This is the law of sport, it can be cruel, but it is also a spur to change, with the adaptation of strategy. A page turns, there is another to open and write on. 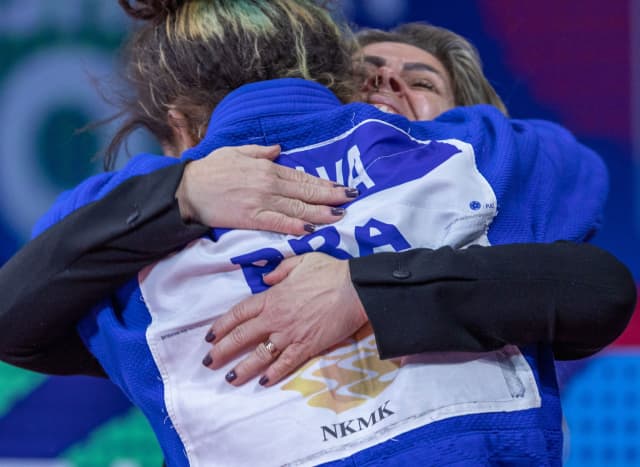 After the Tokyo 2020 Games and those of Paris in 2024, all the delegations are still in a transition phase. Strategies are put in place, physical and mental preparation is organised. The adaptation to the refereeing rules is done gradually, even if we already feel that the competitors have perfectly integrated most of the changes made after Tokyo. Gradually trends are emerging. Here in Tashkent they gave us a high quality show with beautiful world champions and wonderful stories. We could go on discussing this for hours but we have to focus on the team tournament already and think that very soon the judo family will meet for several grand slams in a row in Abu Dhabi (21st to 23rd October), Baku (4th to 6th November) and Tokyo (3rd and 4th December) before the highlight of the end of the season which will take place in Jerusalem, Israel, with the Masters (20th to 22nd December).

Let's not forget either that this time the IJF brought a team of ten refugees to line up in both the individual competition and the mixed team tournament. Remembering and above all applying the values of judo on a daily basis is not only important, it is absolutely necessary. Judo is a competitive sport, an Olympic discipline, it is also a fantastic vector of peace, unity and friendship.