Four of a Kind

Written by Pedro Lasuen on 27. Nov 2020
Share
It makes sense to end our series of interviews and articles with Asian women because judo comes from there and from there it spread across the globe. It makes sense to give a voice to four women who participated in the first world championships and whose fortieth anniversary we celebrate with the respect it deserves. However, for a change, we will not talk about Japan or South Korea. This account comes from Chinese Taipei. 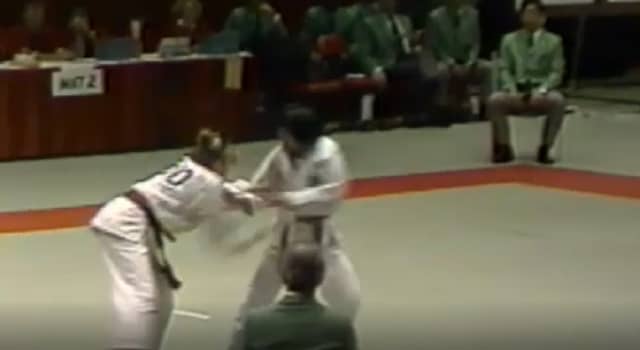 In 1980 it was called the Republic of China and the country sent four athletes to the big event reserved for women. Chen Li-Man, Lin Shu-Pin, Cheng Shu Min and Yang Shu Huey were called to arms. The first is a physical education teacher, the second a judo teacher and the remaining two are retired police officers. That is, teach, educate, protect and serve. That is what they have dedicated themselves to for years, to support others, to instill philosophy and values to get ahead in life.

They all started judo when they were between 13 and 15 years old. It was the seventies, the prehistory for women’s judo. When they traveled to New York, the two youngest were 17 and the other two were 19 and 20.

Today, with the perspective of the years and experience, they know perfectly what that represented for the development of women's rights.

"The first women’s world judo championships showed that women could compete like men," says Chen Li-Man, because that's what it was all about; erasing the image of flowery women, silent and submissive housewives. It was a risky gamble to destroy the established order and, as Lin Shu-Pin explains, "give women confidence, because we needed it” and also “visibility,” adds Cheng Shu Min. There were other parameters, just as important because, if equality between men and women was truly at stake, then the next step was to enter the biggest sporting event in the world through the front door. Yang Shu Huey puts it in her own words, “The 1980 event was the long-awaited opportunity for women to access the Olympic Games." 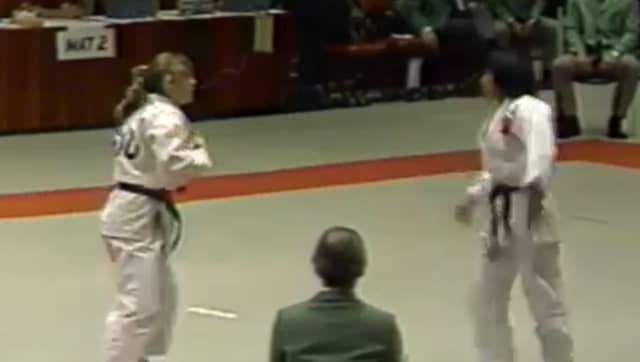 Younger people may not know it, but in 1980, judo was a discipline reserved for men, especially at the highest level and this should be remembered. The New York event was much more than a tournament, it was the official safe-conduct for women to have access to a new world. What seems normal today was not so normal forty years ago.

However, they had to prepare and do it well because nobody was satisfied with the idea of participating - no offence, Pierre de Coubertin - They had to train a lot to aspire to the medals’ status.

"It was very hard and exhaustive training," says Lin Shu-Pin. It wasn't enough, not then. The first world championships was a European festival in which countries such as Great Britain, Austria and France collected numerous medals. The four girls from Chinese Taipei returned home with an empty bag.

Beyond the results and statistics are the symbols and the actual progress that the tournament constituted as the starting point. “Since then, the number of female judoka and coaches has been increasing,” stresses Chen Li-Man. "The level has also improved, getting higher and higher," says Cheng Shu-Min.

That is why it was so important, because since then women, at least in the field of judo, have nothing to reproach the system for. They have the same number of categories as men, the same rules, the same awards and the same media coverage . That same judo continues to be part of their lives; they all continue to practice and act as referees in tournaments. They are the image of judo and claim their rights as inalienable principles.

Collectively, the only frustration present is not having participated in the Olympic Games. However, they have all understood and digested it and instead, prefer to retain the most positive aspect of judo, which is not competing to compete but rather accepting as an offering what judo has brought to their lives.

“My whole life connects with judo. I love judo, which is always my career,” concludes Chen Li-Man. Lin Shu-Pin ends like this, “Judo is my life and through judo I get so many wonderful friends in my life.”

Cheng Shu Min and Yang Shu Huey put the icing on the cake with a single word, "self-confidence."

See also
JudoFit Kids Golden League
And the Winners Are