Written by Pedro Lasuen on 16. Dec 2022
Share
A question, just like this, to begin with: from Buenos Aires to Ottawa, from Johannesburg to Reykjavik, from Lisbon to Riga, and from Wellington to New Delhi, how many people know the capital of Tajikistan? And how many can answer without consulting the internet, or a book, for those who are old fashioned? To round the matter off, how many people can place Tajikistan on a map? These are questions that we like because a bit of geography never hurts. Now we can look at it together but first we'll tell you a name that has a lot to do with the city and the country: Ismoil Mahmadzoir. 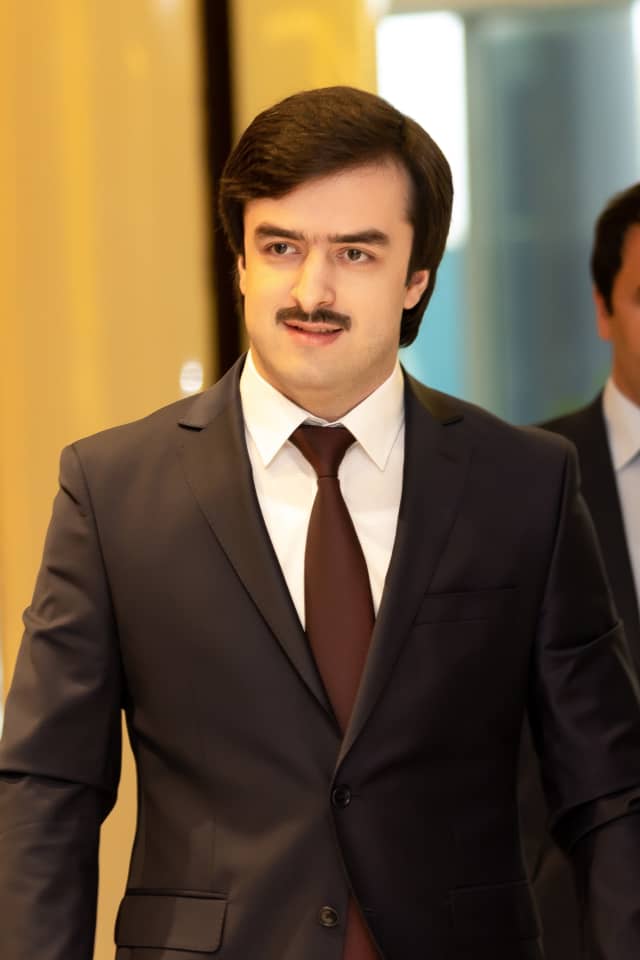 We had to consult, even if we used to win the quiz at the corner bar in which half the neighbourhood participated every Tuesday. Thanks to judo, we now know where Tajikistan is and that its capital is Dushanbe.

It is a beautiful country, where you could shoot all kinds of films because its landscapes lend themselves to any set design. It is a country that wants to stand out on the international scene and where there are people who use their brains and who have come to the conclusion that sport and its worldwide dissemination constitute the best asset for developing tourism.

That's all very well but ideas are just that if no one develops them. That's what judo is for. Last October, the International Judo Federation (IJF) and the Federation of Tajikistan signed the creation of the Dushanbe Grand Prix for 2023. The President of the IJF, Marius Vizer, who understands more than a bite about development, said that “the tournament would be crucial to publicise a region and a country that have a lot to offer.” 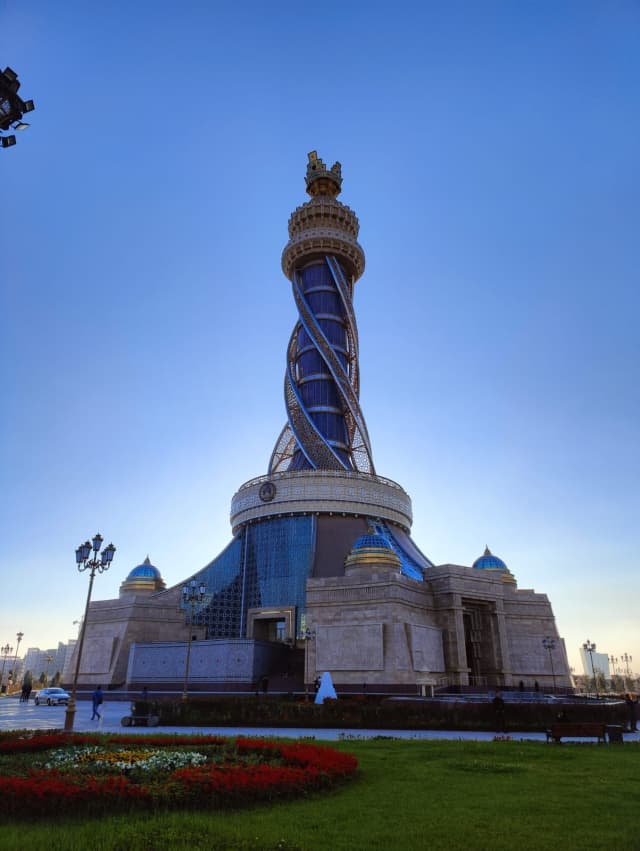 Let's go now with what it has to offer, the most obvious things. They have a good judo culture and a team that is progressing, starting with world number one ranked heavyweight Temur Rakhimov. It is a country that has ambition, energy and the desire to measure its potential with the best on the planet. An impulse was missing, the definitive push and this is where we must talk about Ismoil Mahmadzoir.

We have informed ourselves and we have discovered an interesting guy with a peculiar profile, contrary to what is normally styled. First of all, he is famous in his country, a young man who has been successful in the business world; that is to say, a man who does not come directly from the sports orbit, not making a career on the tatami and once retired he has continued in the field he knows best. Ismoil Mahmadzoir has gone the other way. First he created, raised and expanded his activities and when he already had a heritage and a reputation he dedicated himself to financing and sponsoring cultural and sports activities. He is a patron in the purest version of the word and his support is structural and nominal. On the one hand, he builds sports infrastructure, while on the other, he offers material and financial support to Tajik athletes because he has understood that to compete on equal terms, resources must be available. Ismoil Mahmadzoir is definitely a son of his time, a modern man.

The next step was to dive into the depths of judo to understand it from the inside, that is, to run for president of the judo federation and, of course, win. That has already been done and he has many challenges ahead of him, all to his measure.

For us, the next step was to get to know the character a little better, at least his ideas. There’s nothing better than a quick interview before doing a longer one when the Dushanbe Grand Prix opens its doors. 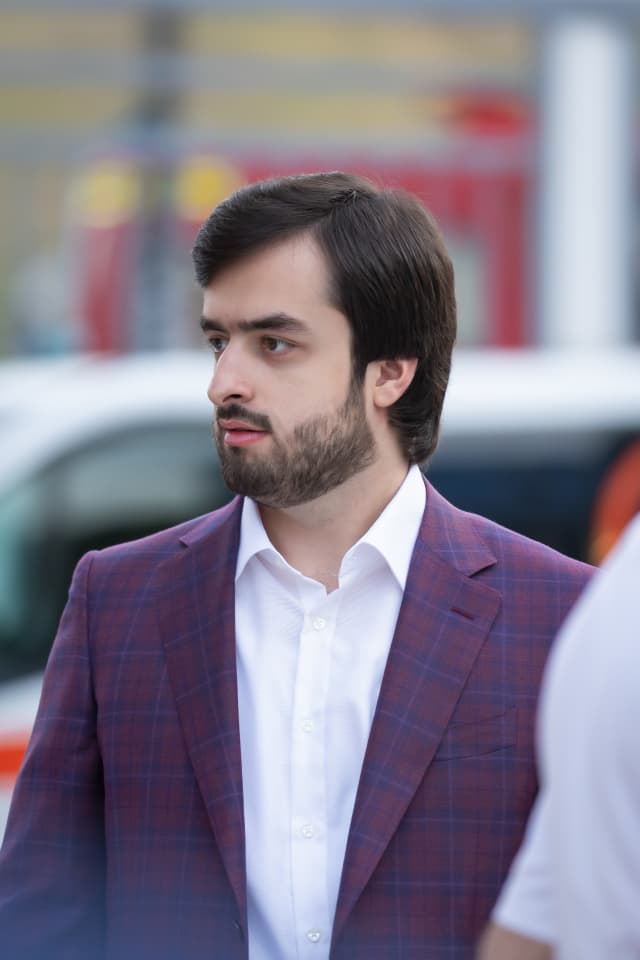 What projects do you have as the new president of judo federation?

As the new president, I understand all the responsibility that has been entrusted to me by the army of many thousands of judo followers in Tajikistan. At the initial stage, I consider it necessary to combine the efforts of the team, staff and coaches to develop women's and Paralympic judo, establish a modern training system in the region and perform at the upcoming Olympic Games 2024 in Paris successfully.

What are the biggest challenges/issues/difficulties?

In general, judo has uneven development across the country. The main task will be an integrated approach to the development of judo in the region, strengthening their logistical and technical capacity, opening judo centres, creating a unified system to train the coaching staff and introduce a modern system in the management of sports organisations.

What is the judo situation in Tajikistan?

The whole history of judo development in Tajikistan is inseparably linked and also interdependent with the national wrestling called gushtingiri, which is one of the most massively popular sports in all of Tajikistan. We need to use the existing potential of the traditions of national wrestling to create a sustainable development system in modern socio-economic conditions, to give a new impetus to the development of judo in accordance with the principles and standards of the international federation, the IJF.

What is the most difficult task for you as the new president of a judo federation?

At the moment, there are two main tasks. First is the Grand Prix of Dushanbe, being held in Tajikistan for the first time and we need to adequately display to the world community the level of Tajik judo and become competitive with the strongest judoka in the world in all weight categories. The second task is to win the maximum number of Olympic places, in all men’s categories, as well as compete for places in the women’s categories.

What would you say to all those who do not know your country before their arrival and participation in the Dushanbe Grand Prix?

Holding the Grand Prix of Dushanbe is a significant step in the development of judo. I invite everyone to visit Tajikistan, a unique mountainous region which is rightfully called the country of snow-white peaks and is undoubtedly one of the pearls of Central Asia. We will do our best to make our guests feel the cultural and historical traditions of our country, remembering the brightest moments of their stay in Tajikistan for a long time.

By now, presumably you already know where Tajikistan is, the name of the capital and who Ismoil Mahmadzoir is, a man to whom we wish luck, someone we will meet in Dushanbe for further questions. We leave here with another gift, in case any of you participate in a quiz. The national dish of Tajikistan is oshi palav.