Written by Pedro Lasuen on 09. Jan 2023
Photographs by Emanuele Di Feliciantonio
Share
Going under the knife was surely not part of Nikoloz Sherazadishvili's list of resolutions for 2023. The ways of judo are truly inscrutable but for now Niko has put on the face of Arnold Schwarzenegger. 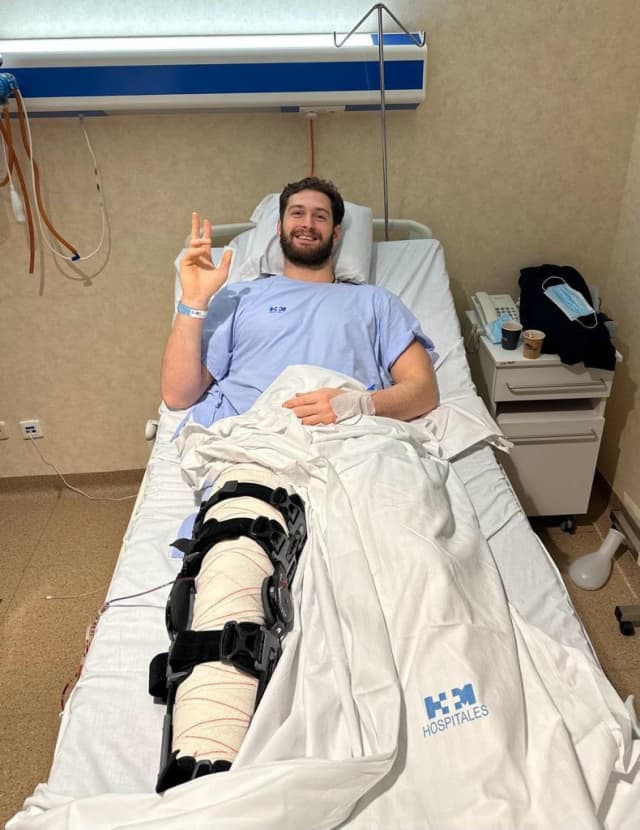 Thursday 22nd December was the last day of the Jerusalem Masters. In the middle of the preliminaries, an opponent sat on the right knee of the Spaniard. It was an accident, a mishap inherent in the practice of any sport. Niko lost the match and left the tatami with discomfort. "He told me that he had hurt himself," his coach, Quino Ruiz, tells us. “As I understand a lot about these types of injuries, I told him to let me examine him. I immediately understood that it was something serious.”

Something serious: for athletes there are few things more serious than a ruptured cruciate ligament in the knee. It is a first-order injury and means a loss of six months in the best of cases.

Quino took the reins and immediately changed the plane tickets to return to Spain that same night. When they landed in Madrid, they went straight to the emergency room of a clinic to confirm the coach's diagnosis. He hadn't been wrong. On 3rd January surgeon Javier Cabello, a great friend of Quino, successfully operated on the double world champion.

"The doctor told me that I won't be able to compete for seven months," Niko explains from the sofa at home. That means he says goodbye to the middle of the season and the world championships in Doha.

"It's a shame for several reasons," Quino stresses. “First of all, because of the injury itself; no-one likes to get hurt and stay away from what they love to do the most. Second, there is the psychological impact. In that sense, I'm not too worried because Niko is an optimist. Finally, there are the points at stake. Niko has won quite a few lately but there are a lot of points he won't be able to score.” This means that, when he re-appears, a year or so before the Olympic Games, the Spaniard will have to recover all the ground lost due to inactivity. Okay, so what's the show? 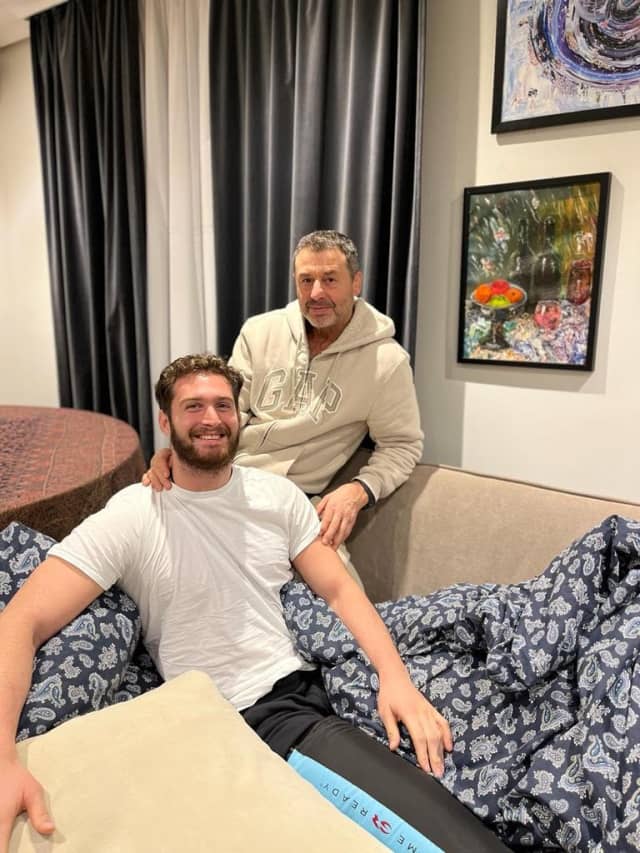 “This week I do nothing. The doctor told me to move as little as possible. Then I'll start with upper body exercises. We are going to go little by little, slowly and well.”

That is the trickiest part. As injured athletes get better, they have a tendency to want to shorten the deadlines, to push too hard, something that all doctors advise against. There is a timeline that needs to be adhered to, ensure a full recovery from the damaged knee.

"The first thing we will do is work on the kumi-kata," explains Quino. “We are going to respect the guidelines set by the physiotherapist. The first stage is rehabilitation and then comes readaptation. We are going to be responsible and do everything right.”

Quino and everyone who knows him agree that Niko has a prodigious physique and such quality that he will be able to compete at the same level as before the injury in less than a year. The mental part is the most important and there it is Niko himself who clears up the doubts, "It's not worth complaining. Sport is like that, especially at the highest level. It can happen to anyone. I know that I will recover before my time but I am not going to shorten the deadlines.”

It is the first serious injury that Niko has suffered, one that everyone fears. A good part of his future depends on his mental strength and the unconditional support of his environment. This is why he looks like Scharwzenegger when he says goodbye to us, saying, "I'll be back!" He doesn't say ‘baby’ but he smiles.