In Mourning For Luis Torres

Written by Pedro Lasuen on 28. Feb 2021
Share
For many years he was the judo announcer, that voice we all recognised during competitions, the official speaker, the one who put names and surnames on the faces of the judoka; a powerful, deep voice that boomed loudly and announced with joy. Now he's gone, forever. It is with regret and infinite sadness that we report the unexpected, sudden death of Luis Fernando Gonzalo Torres. 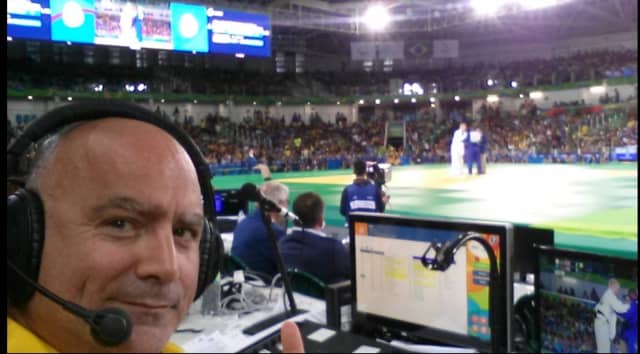 We met Luis in Tokyo, during the 2017 Grand Slam. It was our first coverage of judo, we didn't know the place or the people. Immediately, Luis took charge of the situation and spent sympathy, hours of attention and pedagogy so that we were less ill-informed.

Luis was like that, a big body for a huge heart, always ready to help, to encourage the crowd and to make time out a time of entertainment. His playlist was famous and he mixed different styles of music. He interacted with the audience and made them laugh and he was always in a good mood.

He was bald and had a paunch, looking like a Buddhist monk in a suit and tie when he worked; flip-flops and coloured t-shirts when he rested. He had that good-natured air that made people trust him.

When he left the International Judo Federation, he did not stop working and collaborated on countless projects for numerous sports and also contributed to social and humanitarian projects. He never gave up judo or changed his will to help others.

Luis is gone. We think of his family and loved ones and, as we all adored him, we already know that the world, without him, will be a different place, orphaned, less beautiful. Rest in peace Luis.