Judo as a Second Home for Orphans in Nepal

Written by Nicolas Messner on 22. Mar 2019
Share
For almost ten years the Nepalese Judo Association, led by Deepak Bajracharya, also a member of the IJF Judo for Peace commission, has been developing an extensive programme to help young orphans through the practice of judo. Thus there are six orphanage institutions today that regularly practice judo in Kathmandu (PAM, DOCS, OCCEED, HOPAD, CWCN and PATANJALI RAM DEV ASHRAM). 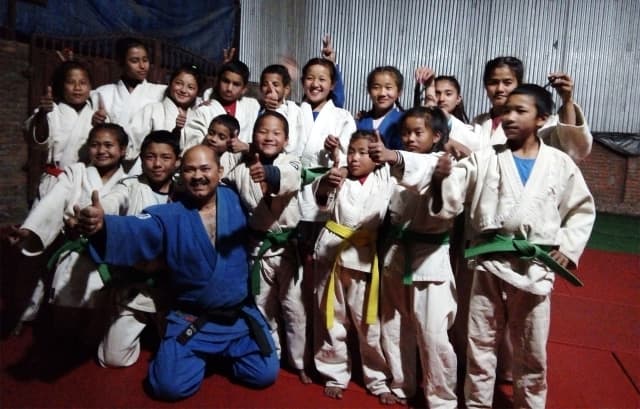 This represents a total number of 250 children, who are fully supported including accommodation, food and education. The last institution, which open its doors to judo, and joined the movement, is Ram Dev that belongs to Yogacharya of India. Every morning thousands of people do Yoga in different parts of Kathmandu and other parts of Nepal and now they can also do judo.

The judo classes started last year in Dhumarai and Kathmandu. Today, about 30 orphans, who are under the protection of the institution, can practice judo three times a week as well as Yoga, under the leadership of Manoj Bahadur KC, former head Coach and now an international referee. The children suffered of the 2015 earthquake that devastated the country, some being also flood victims and street Children. 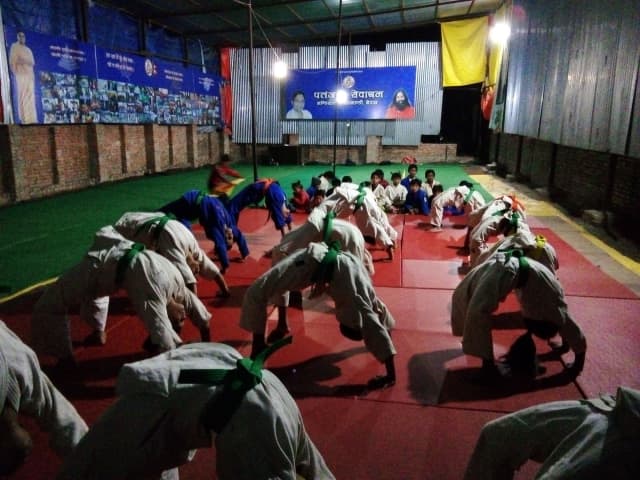 "Ran with the support of several NGOs, the judo programme was developed with the help of national and international organizations as well as personal relationships", explained Deepak Bajracharya.

The commitment of the judo community is important, as the federation provided the tatami and judogi as well as the judo teachers. "Thanks to the good results obtained by our judoka, some schools decided to offer them partial or full scholarships", said Deepak, before adding, “last year, we were really proud and happy to see that two of our pupils from the institution participated in the World Championships in Baku. This is an amazing achievement for them, and a great encouragement for us. Today Manita Shrestha Pradhan and Indra Bahadur Shrestha, from PAM, are the star players of the country. Beside the World Judo Championship, they also took part in the Asian Games, and many other international competitions. This helps to build a positive image of the orphanage institutions and it helps us to build a better society." (read the story) and discover the Judo for the world film dedicated to Nepal:

The federation is very happy about the outcome of this long run programme and more players are about to appear on the international scene: “With the support of the IJF and its president, Mr. Vizer, we could give a dynamic image of our federation within the country as well as outside of Nepal. We have now initiated a Judo in School programme, not only in Kathmandu but also throughout our territory. For instance, our next national championships will be held in western Nepal.“ 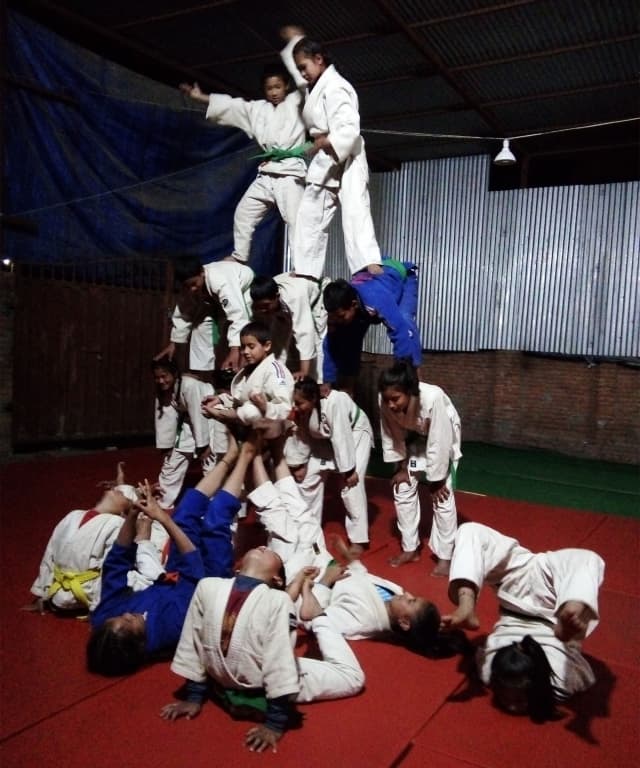 It's not an easy path though and the challenges are numerous. In a country where cricket and football are very popular and where nature can be threatening (people are still suffering of the aftershocks of the earthquake), the judo community has to fight to get recognized. For sure the tremendous work that the federation does for the orphans, and generally speaking for the whole Nepalese community, makes judo something different. It offers a second home to many young people, a home that often becomes the first one.

Judo for the World
Judo Values promoted in Nepal

Story & Video
Against all Odds