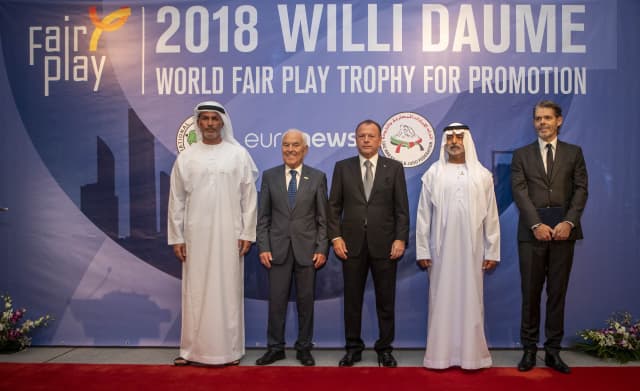 The gala evening, which was hosted in association with the IJF, the UAE Judo and Wrestling Federation and EuroNews, brought together leading names from the world of judo, media, fair play, the United Arab Emirates and far beyond as the distinguished crowd recognised those who have made a difference to their field with an act of fair play.

The International Fair Play Committee is a not for profit international non-governmental organisation which serves to foster sportsmanship in international competition and hosted their first awards ceremony in 1965. 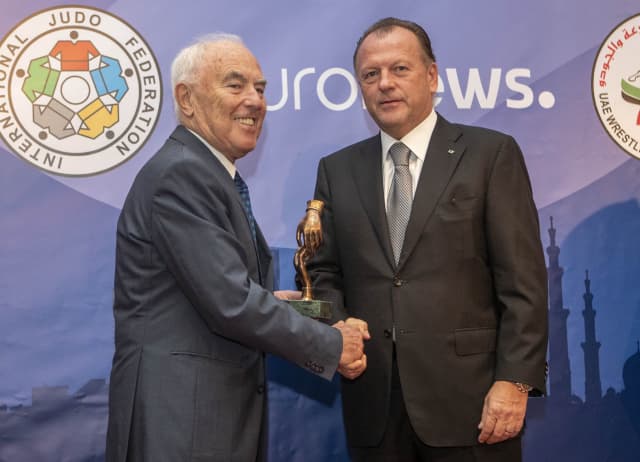 “Dear colleagues, ladies and gentlemen, it's great for us to host the 11th Abu Dhabi event with respect, with hospitality and with friendship. Thank you to His Excellency and the wonderful hosts here in Abu Dhabi,. Thank you for hosting us always with friendship.

“We have a moment tonight to celebrate International Fair Play and in particular Israel’s first participation at a sporting event in a Gulf country showing humanity and respect around the world.

“Thank you to all the people who have supported this and promoted unity which came from our sport of judo. A lot of values of judo are vital to all social, economic and cultural aspects and I want to thank all of you who dedicate your lives to sport and to judo for the next generation.

“On behalf of the IJF I want to award his Highness, the Crown Prince of Abu Dhabi, the Special Recognition Award of the IJF.” 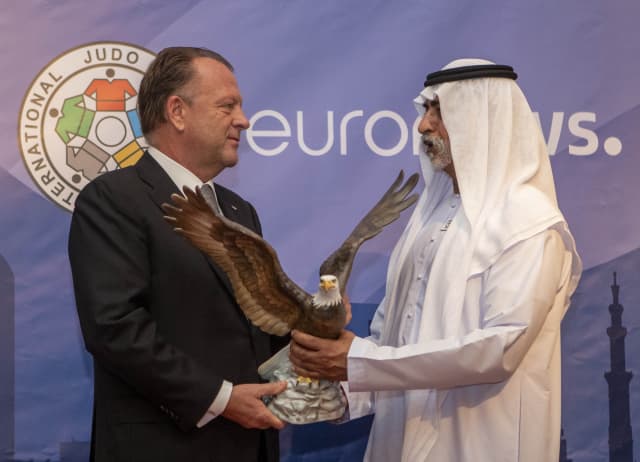 “Dear Mr. Vizer, dear distinguished guests, dear you all, thank you for this kind invitation to this wonderful evening in Abu Dhabi. This particular sports diplomacy act is something to celebrate and champion and today I am delighted to make the award of 2018 Willi Daume World Fair Play Trophy for Promotion jointly to: 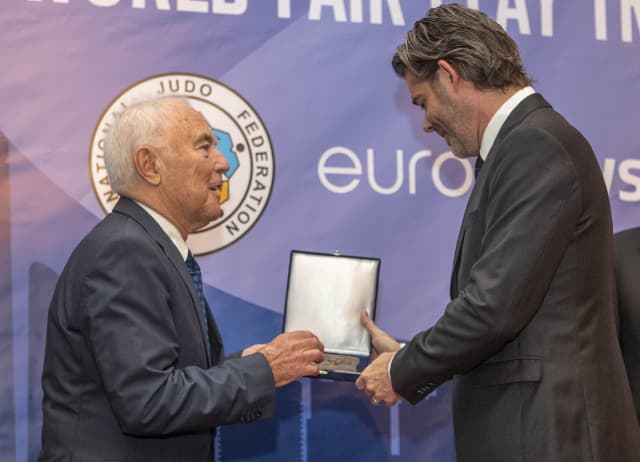 Mr. Peters said: "It’s a great honour to receive this award, we as a news provider are here to ensure a lot of promotion of sport and it’s good to show peace and this famous occasion. We are with friends here, we are partners with the IJF for eight years and it’s a long partnership that is based around friendship.

“I’m honoured tonight and I thank you all for this recognition.”

Mr. Vizer added: “I want to thank the UAE government, who’ve helped us to open the door for international peace and it was not an easy decision but was one we all welcomed and applauded.

“Step-by-step we achieved the best solution and today it’s a reality. I want to thank the CEO of EuroNews who is not only a partner for us but is also a friend for me personally and for judo and the IJF.

“Thank you to all of our judo family for your support and hard work in all of challenging moments such as Iran and Israel.” 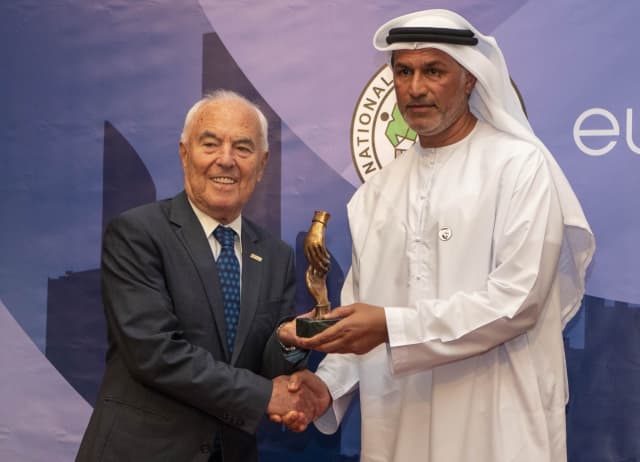 Al Tamimi said: “Thank you for this award, we wish to continue this example and to show the world that fair play is very important to the UAE and that we promote peace in all the tournaments here.”