Netherlands, Slovenia, South Korea and Turkey joined the winners list in Abu Dhabi on day two of the penultimate Grand Slam of the 2019 season.

Olympic champion Tina TRSTENJAK (SLO) eased to her fifth Grand Slam gold medal after beating Brasilia Grand Slam bronze medallist Maylin DEL TORO CARVAJAL (CUB) in the -63kg final. TRSTENJAK extended her head-to-record over the Cuban to 3-1 having fell to the Tokyo 2020 hope in Düsseldorf last year. TRSTENJAK, who is one of the calmest and hardest working judoka in the sport, held down DEL TORO CARVAJAL in the first minute of golden score to win the top prize in the last but one Grand Slam of the season. 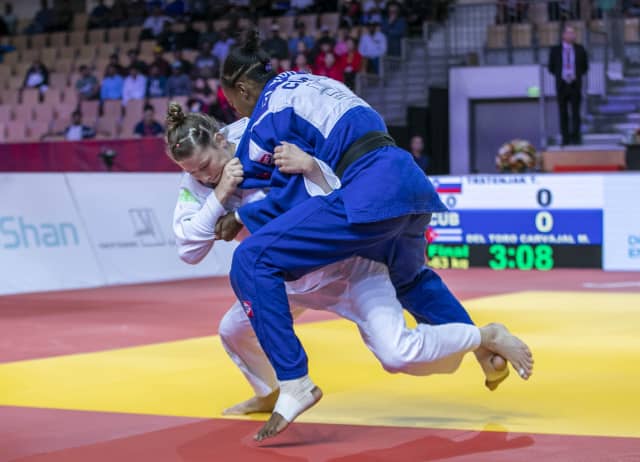 In the first semi-final TRSTENJAK beat Tashkent Grand Prix silver medallist Anriquelis BARRIOS (VEN) with a booming ippon to take an expected slot in the final.

The first bronze medal contest was won by Brasilia Grand Slam winner Ketleyn QUADROS (BRA) who took advantage of AWITI ALCARAZ being flat-footed and dispatched the Mexican judo with an o-soto-gari for ippon. Former British international AWITI ALCARAZ, 23, who came through the ranks at Enfield Judo Club, earned her best result on the Grand Slam stage while QUADROS, 32, continued her rich vein of form from Brasilia.

The second bronze medal was won by world number 16 YANG Junxia (CHN) who was too wily for BARRIOS. YANG took the contest to the Tokyo-based Venezuelan who still achieved a highly-useful fifth-place on the Grand Slam stage. A waza-ari score for the Chinese judoka, who we can expect to see in action at the Masters in Qingdao in December, settled the contest after four minutes. 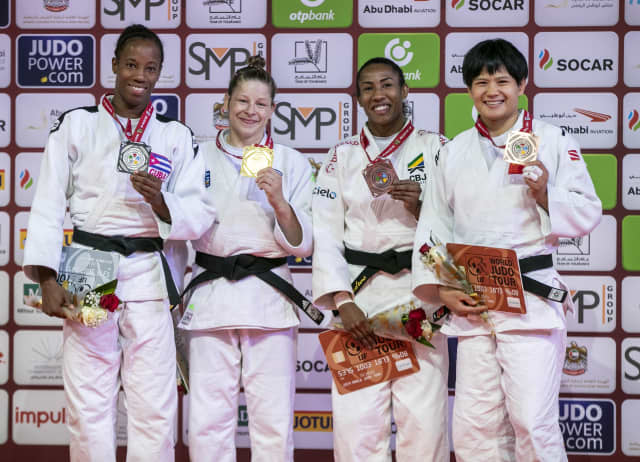 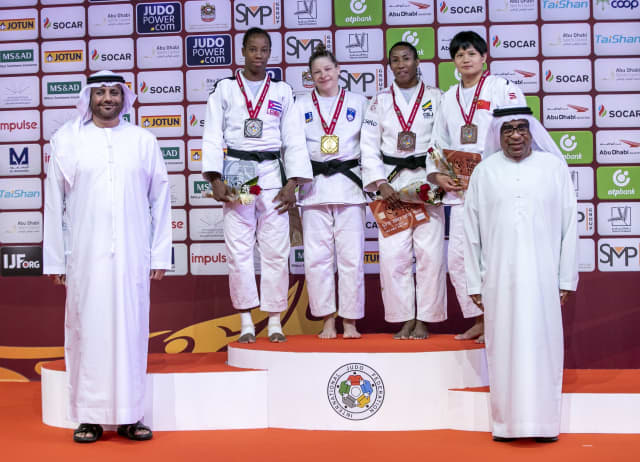 -70kg: All-Dutch final goes in the favour of POLLING who upstages VAN DIJKE 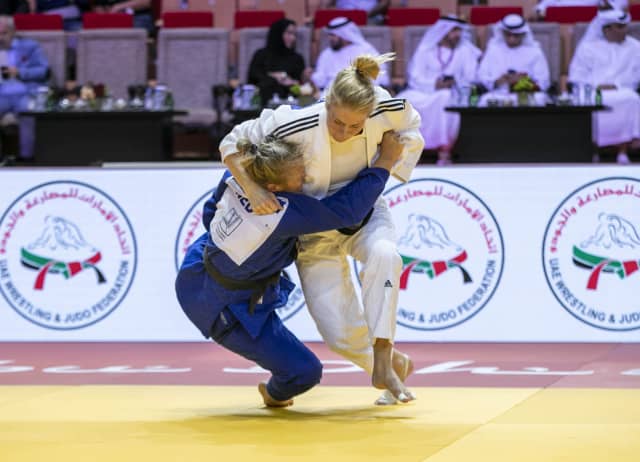 In the first semi-final POLLING showed her immense quality against world number 22 Elvismar RODRIGUEZ (VEN) who was thrown first with ashi-waza and then with a yoko-tomoe-nage to earn a place in the gold medal contest.

The first bronze medal was awarded to POLLERES who lifted European Games bronze medallist Barbara MATIC (CRO) up and over with a gigantic ura-nage for ippon after exactly two minutes of golden score.

The second bronze medal was won by RODRIGUEZ who planted Olympic bronze medallist Sally CONWAY (GBR) with a huge makikomi effort to beat the Briton for the first time. Tokai University member RODRIGUEZ defeated the world number three far too easily with CONWAY nowhere near her best today. 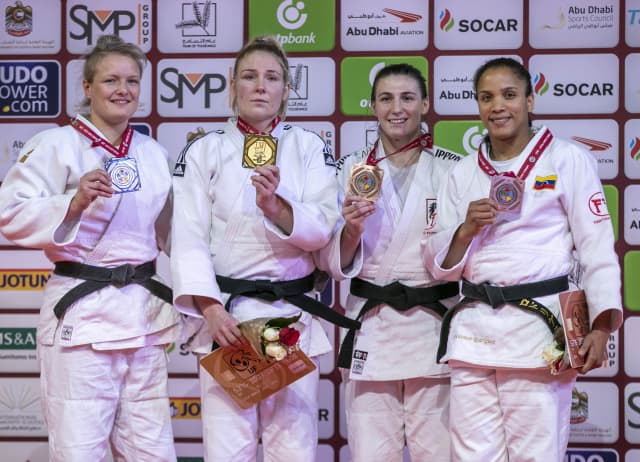 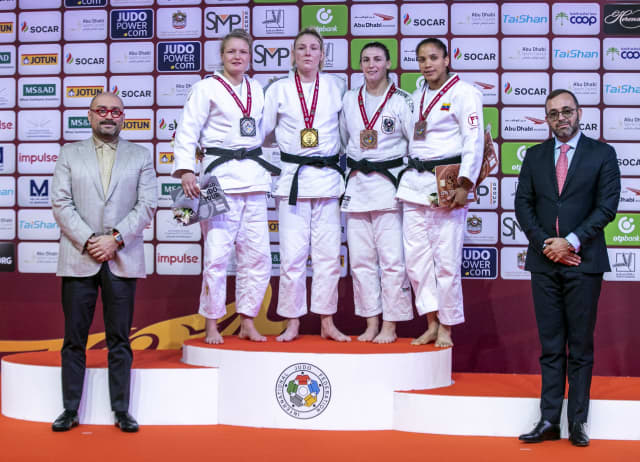 Tashkent Grand Prix bronze medallist Bilal CILOGLU (TUR) produced the best display of his young career as he defeated world number eight Arthur MARGELIDON (CAN) to claim the -73kg title in Abu Dhabi. The world number 17 from Turkey, who was in his first Grand Slam final, came up with the only score in the first men’s final of the day as he caught MARGELIDON with a ko-uchi-gake for a waza-ari score with 20 seconds left on the clock. 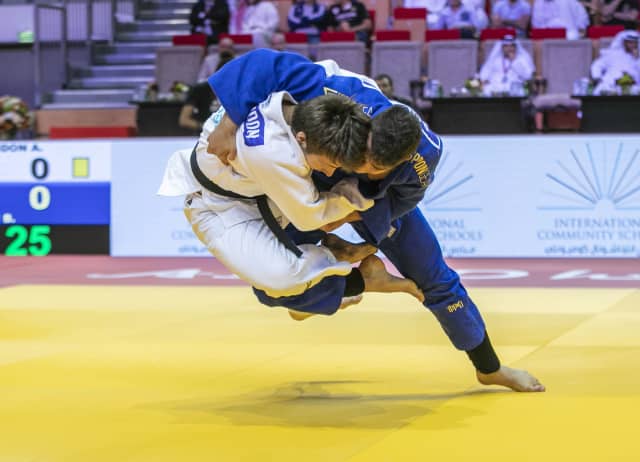 In the first semi-final Tashkent Grand Prix winner Khikmatillokh TURAEV (UZB) slipped to defeat against MARGELIDON by a waza-ari score as the Canadian team guaranteed their first medal in Abu Dhabi. 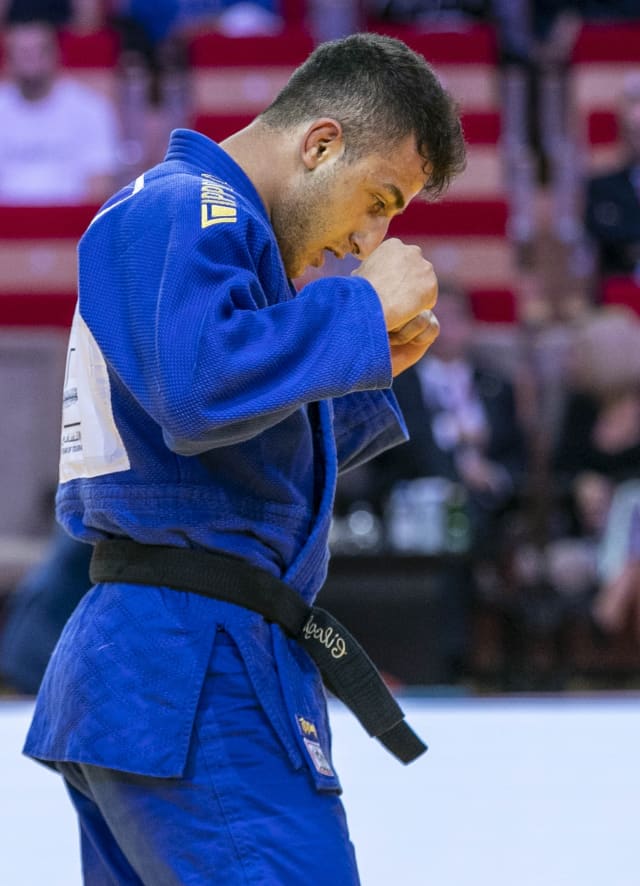 The first bronze medal was won by WANDTKE who beat Olympic silver medallist Rustam ORUJOV (AZE) who was guilty of underestimating his German adversary. A waza-ari score gave WANDTKE his first Grand Slam medal since he took silver here in Abu Dhabi in 2015.

The second bronze medal went to TURAEV who saw off the veteran and Olympic bronze medallist Dirk VAN TICHELT (BEL) by a waza-ari score from a modified kata-guruma. The Uzbek dominated from start to finish and richly-deserved his first Grand Slam medal which will put him into a very healthy position in his quest for qualification and selection for Tokyo 2020. 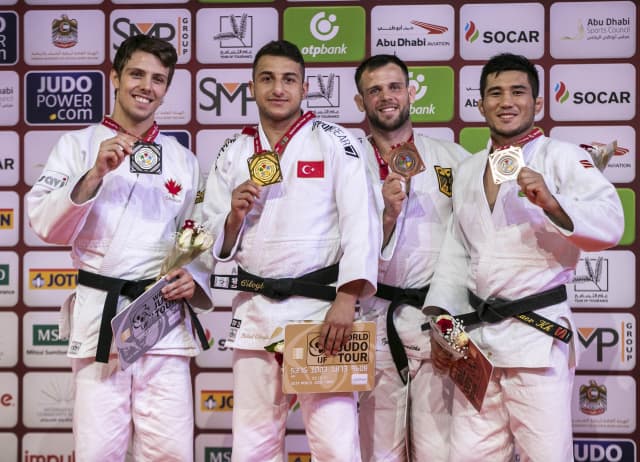 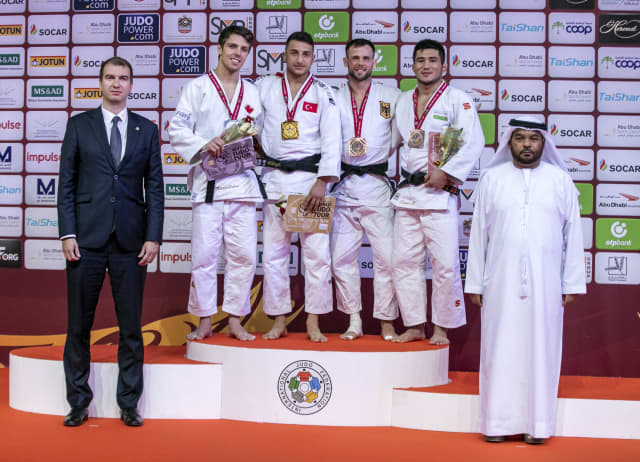 World number 406 LEE Moon Jin (KOR) created one of the biggest shocks in IJF World Judo Tour history as the rank outsider won all six of his contests on his Grand Slam debut. World bronze medallist Luka MAISURADZE (GEO) was his sixth and final victim as the former Asian Championships bronze medallist rolled the 21-year-old hotshot over for a waza-ari score and added a match-winning second with a counter for ippon. The Georgian lacked composure and maturity while LEE oozed confidence and thrilled the crowd all day long with his explosive judo. The South Korean, who started the day with just six IJF World Ranking List points to his name, will now jump hundreds of places up towards 50th place after bagging 1000 points today. 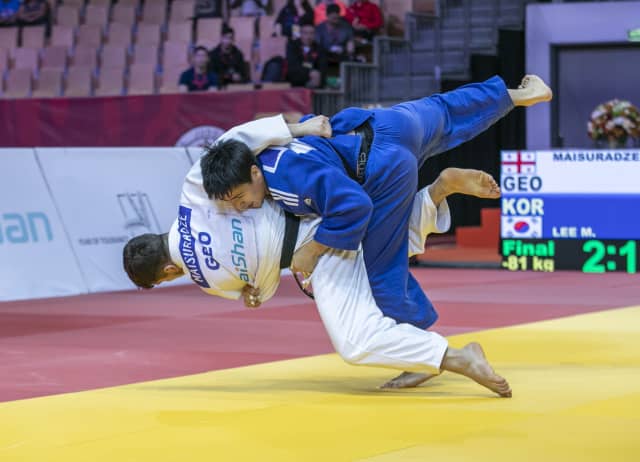 In the first semi-final MAISURADZE catapulted world bronze medallist Antoine VALOIS-FORTIER (CAN) through the air after the vastly-experienced Canadian walked onto the technique from the young Georgian. 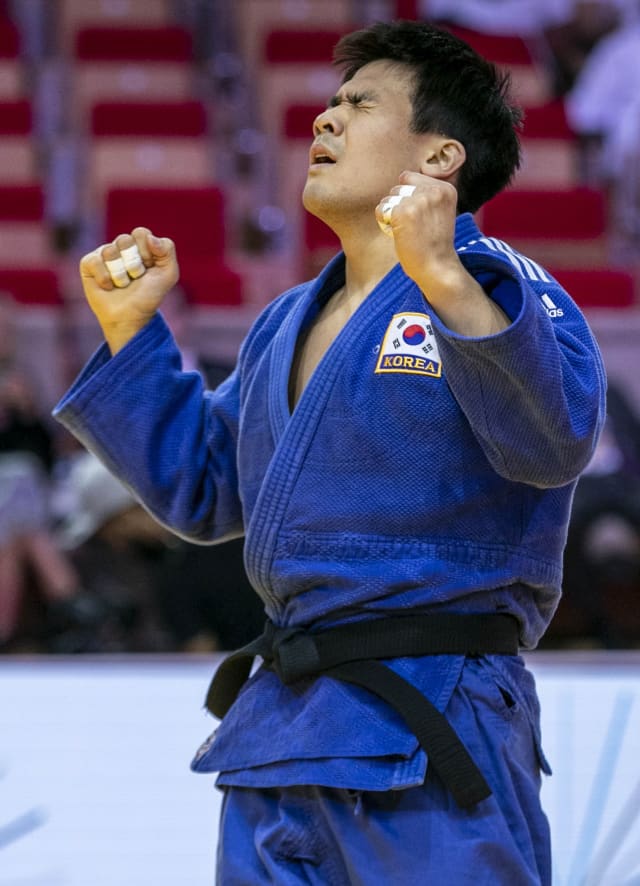 The first bronze medal was won by world number five ALBAYRAK who held down world number four Frank DE WIT (NED) for 20 seconds and ippon. DE WIT is one of the most exciting judoka to watch in the category as he’s always prepared to go all out and risk everything. The Dutchman tried to counter ALBAYRAK with sutemi-waza but fell into the holddown and could not escape the powerful grip of the Turkish judoka who collected his country’s second medal on day two. 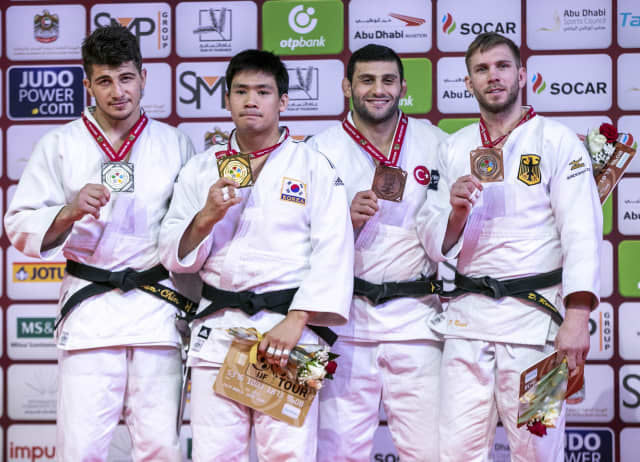 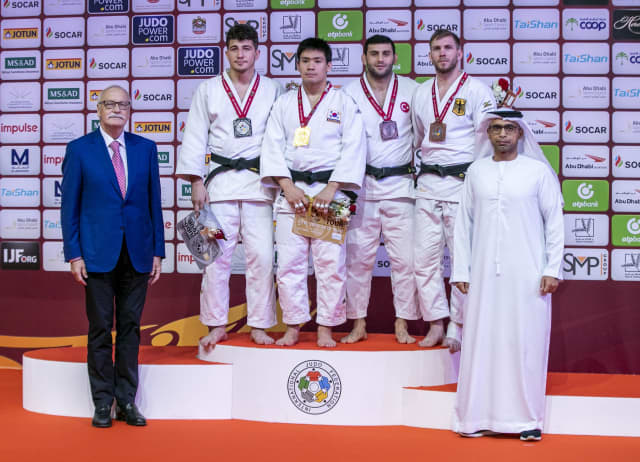