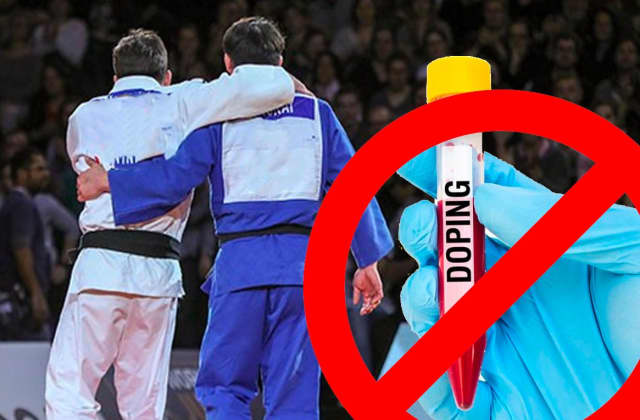 Among the long and extensive list of anti-doping agencies, there is one in particular that shines by itself. It has reached the top level of competence and has become one of the best if not the best organism that fights against cheat. It is the japanese anti-doping agency, the JADA.

It is more than a conventional agency.

All the world agencies that are dedicated to the same thing persevere and obtain better and better results. However, very few take the trouble to perform their duties while reflecting on their social responsibility. And, almost none, develops a communication strategy to educate athletes, especially the youngest. Educate in the strictest sense of the word.

Emphasizing the importance of frair play and playing true, the Japanese agency and the International Judo Federation have developed a joint anti-doping program based on teaching irreproachable personal behavior. It is not a commercial operation to get the attention of the press and obtain a supposed egocentric reward through a few articles. We are talking about the main pillar on which a modern society is based, education, solid and continuous. An education forged through history and fueled by non-negotiable values transmitted by judo. The integrity of a sport begins with the moral cleanliness of those who practice it.

The International Judo Federation can boast a 0.9% rate of doping cases over a period of two years. Some cases, mostly, occur among the youngest. However good they are, the figures show a residual percentage of cheats and the goal here is to achieve perfection.

Because it is judo, a sport that puts forward unbeatable principles, the idea is to educate young people to practice their passion cleanly. Since judo is, first of all, a matter of moral values, then we speak neither more nor less of a universal education for a lifetime. The life of some judokas who apply the same principles inside and outside the mat. An exemplary, honest and integral life.

To launch projects of such magnitude it is necessary to have a sense of opportunity. The "Clean Judo clean" project has been presented and launched on the occasion of the biggest annual event in the field of judo, the World Championship. And, as in 2019, the tournament returns to Japan, a country that offered judo to the world, the idea acquires an even greater dimension because the best judoka on the planet are in Tokyo to fight for the world title.

They are the elite of this sport and support the project from the beginning because they were also children who had to learn to respect the code of honor of a sport whose essence is authentic and true.

Do not cheat, do not lie, be an adult and make the right decisions. It is the heart of the education transmitted by the International Federation and promoted by the Japanese Anti-Doping Agency.

That said, you can fight doping, you can beat doping. But winning the war and educating children is something else, a matter of will, an issue that has to do, first, with the values of a sport, which is to say, the values of life.