Mixed Teams: Japan, Who Else? Hats Off to Türkiye

Written by Nicolas Messner on 14. Aug 2022
Photographs by Gabriela Sabau
Share
The last day of the Junior World Championships, devoted to mixed teams, began with a beautiful symbol: the match between Ecuador and Japan. Let's say it right away that there was not much suspense as to the final result of this preliminary round and it is no offence to the host country of the competition to say so. There was nevertheless in this match a lot of emotion because, for the Ecuadorian judoka, to rub shoulders with what is currently best on the judo planet was above all an honour but also a responsibility in front of an enthusiastic public. It is therefore with bravery that the national athletes presented themselves on the tatami. This is also what we call team spirit. The scene was set. 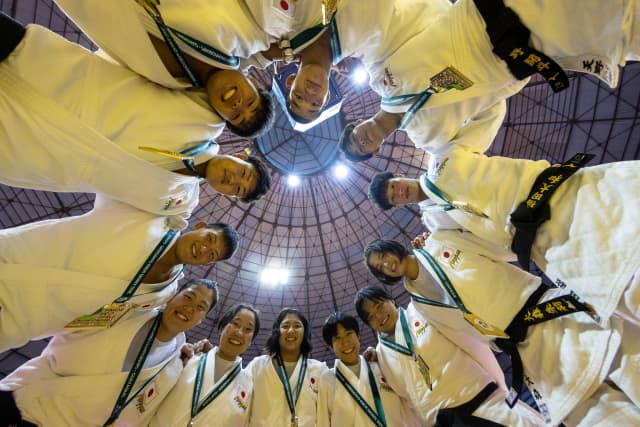 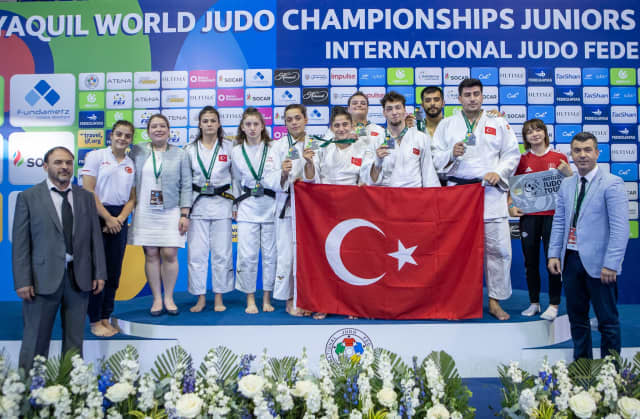 In the next round Japan met Germany and prevailed to find in the semi-final a country well known to Nippon competitors: France. This could have been the poster for the final. France had done the job as we say, during the first round, by eliminating a valiant Cuba. In the second half of the draw, it was Türkiye and Brazil who pulled forward from the game and qualified for the semi-final. 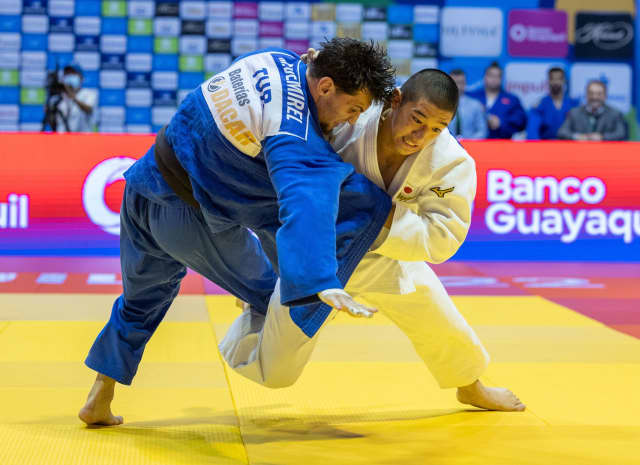 The four teams, France-Japan and Brazil-Türkiye, thus arrived together in the arena under an atmosphere of fire. It was team Türkiye who qualified first for the world final, while on the other side France and Japan were still battling. It must be said that things were tight between the two nations which have dominated the world team competitions in recent years, France winning the first mixed team Olympic title last year in Tokyo on Japanese soil, making history. 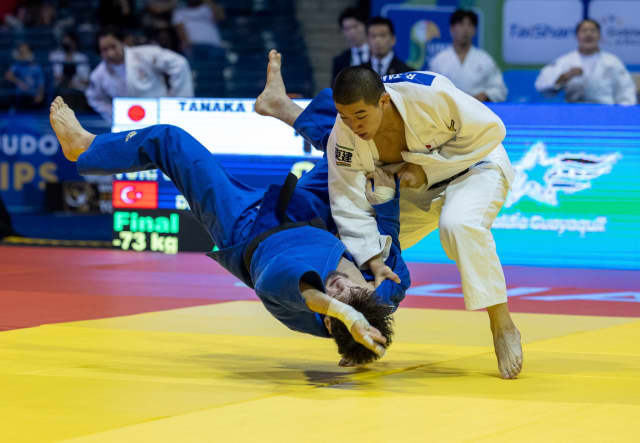 Things remained undecided for a long time, France being close to killing the match after a first contest won brilliantly. Although the next two were for a long time led by the tricolour judoka, the Japanese turned each situation around in extremis, a few seconds from the gong or thanks to penalties. In judo it's never finished until the referee announces 'mate, soremade’ and the Japanese applied that idea perfectly today. More than any other event, team competitions always have those dramatic changes and that is what makes them special events, so in tune with the spirit and philosophy of our sport. 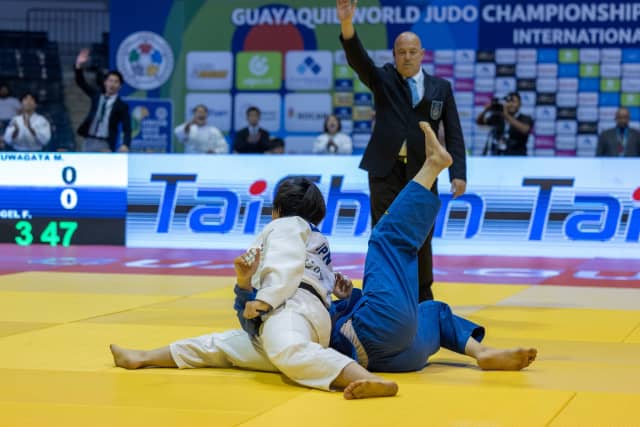 At -73kg, Ryuga Tanaka was the first to action. Within 16 seconds he scored a first waza-ari and attacked with at least four different techniques, covering all directions. It did not take long for Tanaka to execute another acrobatic movement and score the second waza-ari, this time with a standing seoi-nage. 1 for Japan. 14 seconds later, Moka Kuwagawa produced the perfect ippon against Fidan Ogel with a brilliant koshi-waza. 2 for Japan. 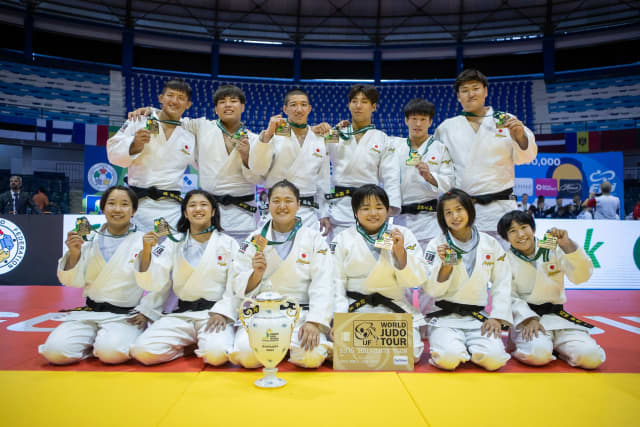 It took a little more time for Kaito Amano to add one more point after some good groundwork and an unstoppable turnover which concluded with an immobilisation for ippon. 3 for Japan. Things became complicated or Türkiye. The last point was brought by Mao Arai who faced Hilal Ozturk in a remake of the individual +78kg final, for the same results, even if Ozturk, totally exhausted, gave it all. Her effort was not enough though and Japan took the trophy back home. It was a great performance from team Japan of course, but hats off to Türkiye as well. 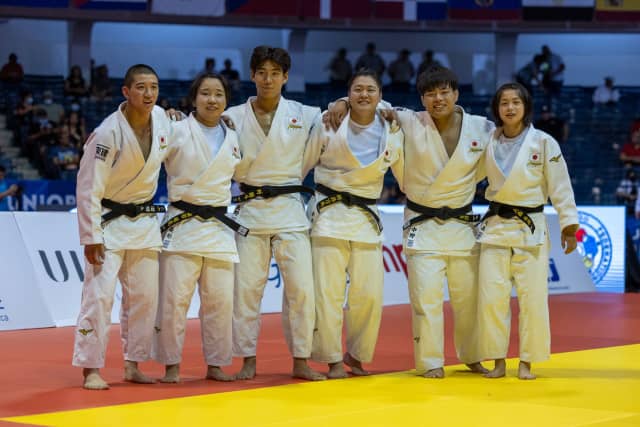 After three contests Germany had already taken a strong lead with three victories. Brazil had no other choice than to win the next three if they still wanted to climb on to the podium. The winning point was given to Anna Monta Olek who scored Ippon to make the scoreline 4-0; bronze for Germany. 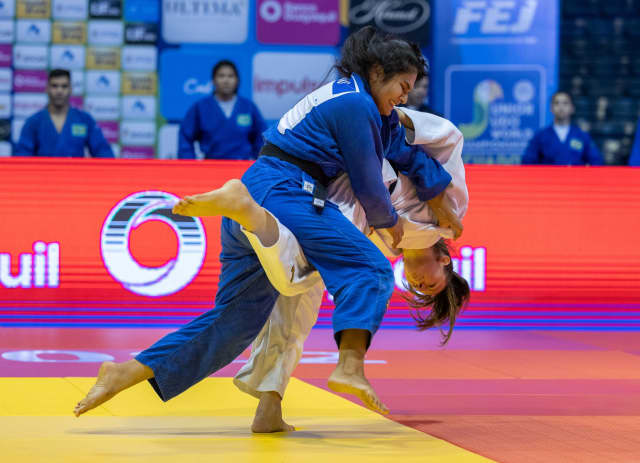 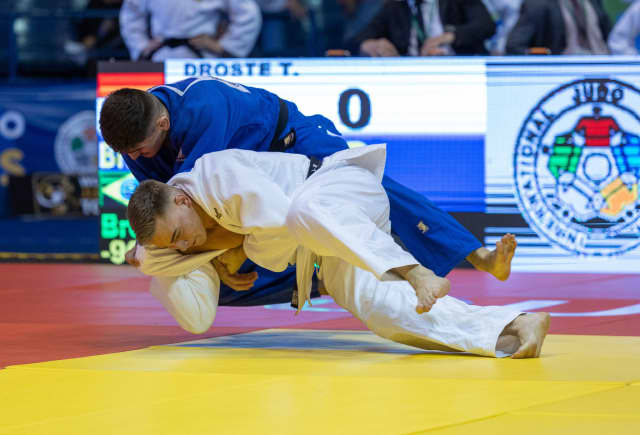 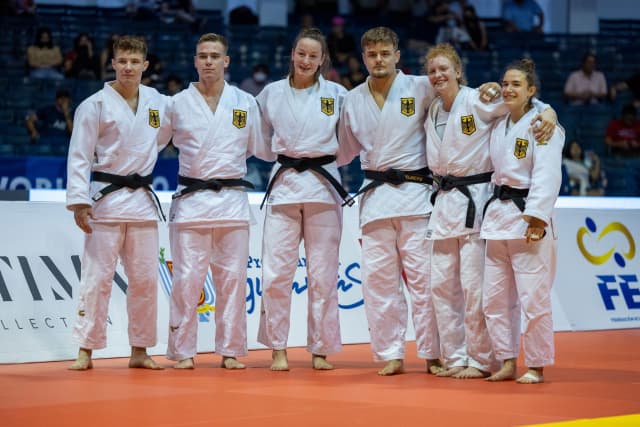 The match was tense and close. Georgia started a point down, due to the absence of a competitor in the +70kg category. Despite this, the first matches quickly turned to the advantage of the Georgians who found themselves leading 3 wins to 2. Everything was going to be decided on the match between Nino Loladze (GEO) and Martha Fawaz (FRA). Either France would equalise for a chance to come back into the race or Georgia would win and became bronze medallists. 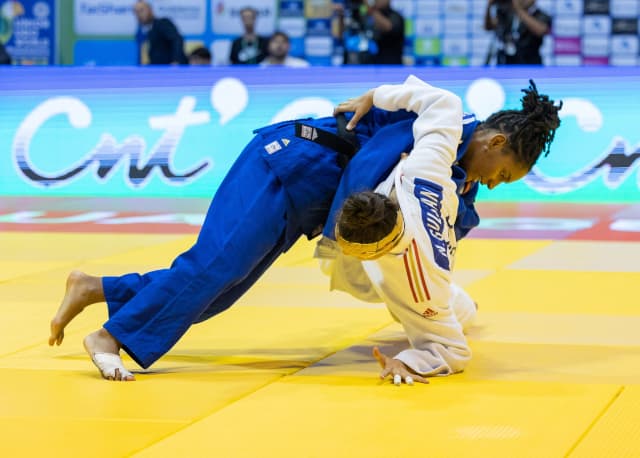 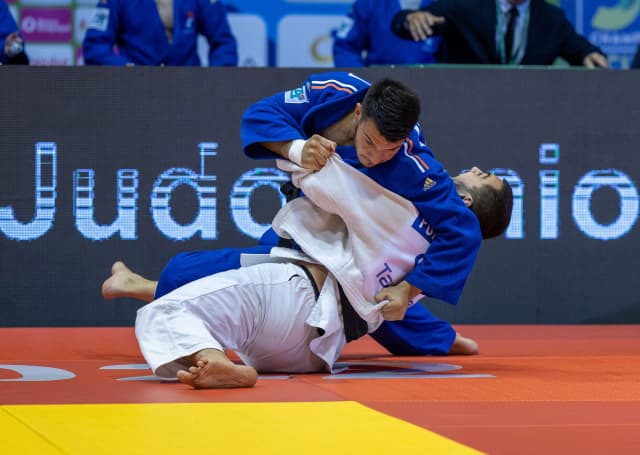 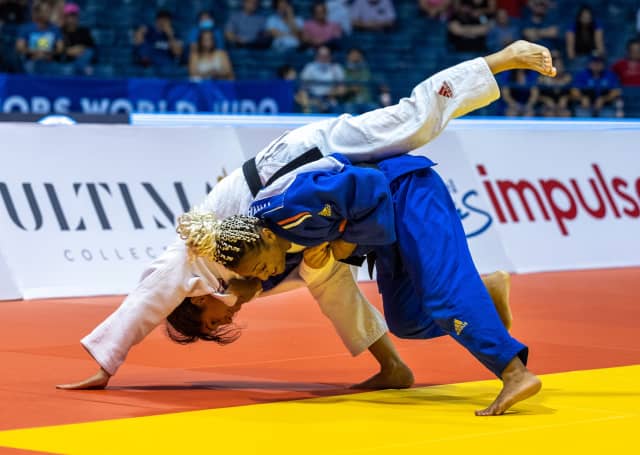 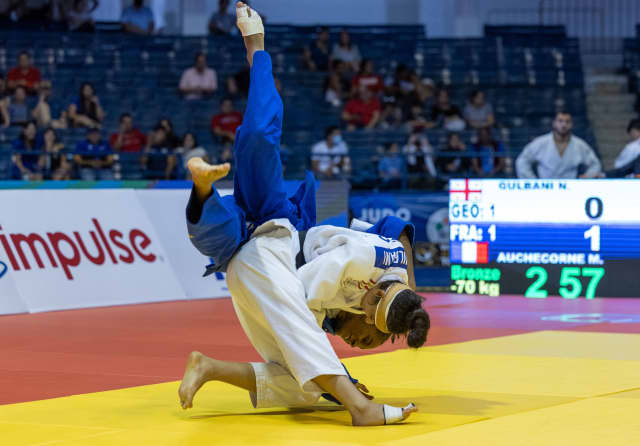 Fawaz's ippon tied the two teams. In the process the two teams met on the tatami for the draw of the golden score category and unfortunately for the Georgians it was the +70kg contest that was drawn, offering the victory to the French squad, since Georgia could not present an athlete. It was bronze for France. 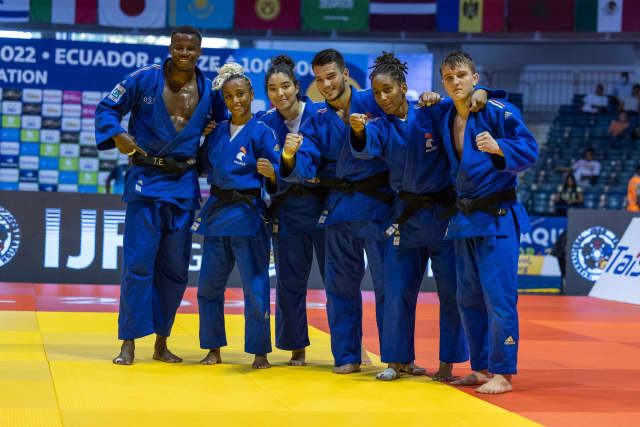 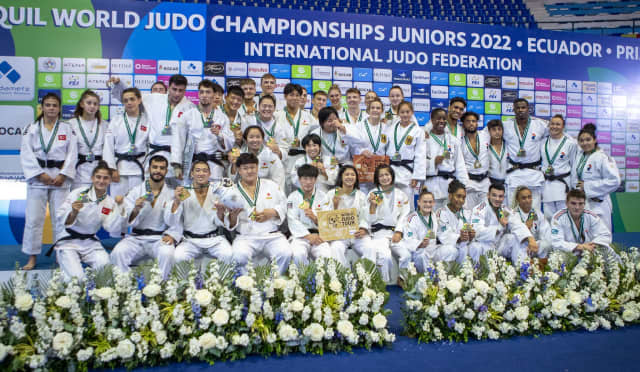 Japan, Türkiye, France and Germany on the podium