Written by Pedro Lasuen on 05. Sep 2021
Photographs by Gabriela Sabau
Share
You cannot live in the past but you must learn from it, because that is what it is for. History is an open lesson in our successes and the mistakes we make. Now that the Olympic flame has been extinguished, we can affirm that the Olympic and Paralympic Games in Tokyo will be remembered forever, more than many others. They have been the Games of resistance against a pandemic, the Games without spectators but with a soul, the plan B that has worked because we wanted it that way. To talk about all this we have used our private library, whose name is Florin Daniel Lascau, International Judo Federation Head Referee Director. 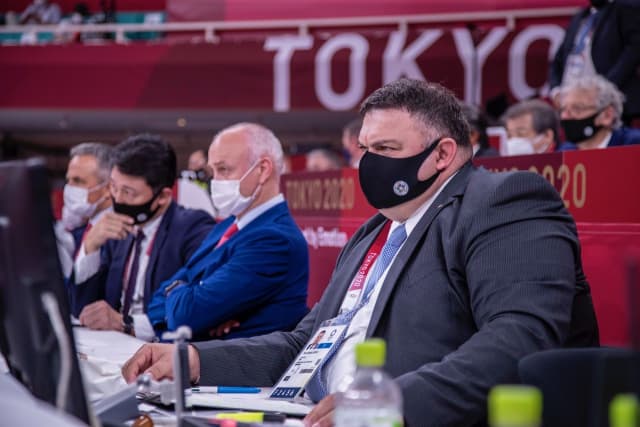 1 What did you expect from the Olympics?

-Logistics that took into account sanitary restrictions and the absence of the public.

The Tokyo Olympiad had, due to the pandemic and the world’s restrictions, a period of five years. The judo and sport calendar had a stop of events from spring 2019 to autumn 2019. In addition to the stop of events, in most regions of the world, even the dojos were closed, affecting the training of judo, the practice of techniques, randori and competition skills.

Due to these factors, the Olympic qualification for judo was adapted, extended by one year. The IJF, in cooperation with the governments of a few countries, reopened World Judo Tour in the run up to taking part in the Olympic Games.

The one year extension also changed the composition of national teams. There were athletes in the last part of their elite competition period who, with a planned performance horizon of 2020, did not continue, finishing their careers instead, notably CAN and GBR. The opposite was also true, for the young athletes, one year was a period when they could develop their skills, competing and qualifying against older national or international judoka. For the athletes with injuries in 2018-2019, the additional year was a welcome time to recover and take part in the events again.

The expectations have been a mix of planned performances and adaptation by athletes, coaches and national federations, responding to the pandemic situation. Due to the lack of judo specific preparation and judo competitions, the quality of judo at the Tokyo Games was negatively influenced, mentioning here the accuracy of throws, the positive attitude from the beginning, the routine of athletes in the contests.

2 What is your balance sheet?

First of all, no positive Covid case was recorded in the judo tournament. This is essential and validates all our efforts and the policies that were written, for more than a year, to combine health security with sports activity.

The number of nations winning medals was 25, which shows the universality of performance in judo. Top eight seeded judoka took 21 male medals and 26 female medals, from a total of 56 medals, meaning 84% of medals came from those ranked highest. The peculiarity here was the directly qualified Japanese team, who won two medals with unseeded athletes.

In terms of medals, Japan won 9 gold, with an additional silver and a bronze to take the total to 11 medals. Kosovo won 2 gold and no other medals. France won a gold, 3 silvers and 3 bronze medals. Goergia won a gold and 3 silvers, while the Czech Republic won one gold medal.

The scores statistics showed around 90% of contests were won by positive scores and just 10% by penalties, fusen-gachi or kiken-gachi.

3 What or who surprised you?

After an historic gold medal from Kelmendi in 2016, Kosovo won another two gold medals in Tokyo, with different athletes: Krasniqi and Gjakova. Krpalek (CZE) added gold to his medal collection with the Olympic heavyweight title.

It was the first time in judo’s history that, with Hifumi and Uta Abe (JPN), brother and sister became Olympic champions at the same Games.

Mollaei representing Mongolia, after massive life changes and huge pressures, performing in Tokyo to win the silver medal was surprising and heart-warming.

The biggest surprise was the Olympic champions of the team event, with France and their tally of individual medals, including just one gold, beating Japan and their 9 individual gold medals. This is an historic milestone for the development of judo worldwide. The win of Anton Geesink in the same Budokan in 1964 showed judo as a global sport and that everything is possible in individual contests; now the French team showed that even the opponent comprising the most successful team from individual contests, can produce an unexpected result in the team event and so everything is possible.

Another surprise was the Israeli team, who after seven individual Olympic days without winning a medal, due to determination and team spirit, won an Olympic bronze medal in the team event.

This is the right moment to mention the great contribution of the IJF President, Mr. Marius Vizer, for his efforts to introduce the team event in the Olympic programme. 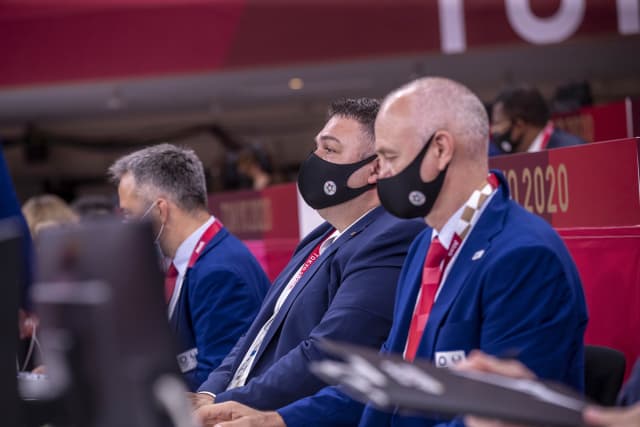 4 What was the biggest blow or amazing achievement of the Games?

The most amazing achievement of the Tokyo Olympic Games was to see the capacity of humanity in this difficult and special pandemic crisis, together, respecting government and Olympic rules, to deliver a high quality Games, motivating the youth and especially judoka around the world to continue practising and believing in sport.

5 What was the biggest disappointment?

The biggest disappointment was the absence of spectators, especially the judoka who, taking into consideration all aspects of big international events, have been present in the past, watching and feeling the Olympic Games atmosphere, catching photos with judo heroes, returning home with incredible memories.

6 What did you think of the Paralympic Games?

The level and quality of judo in the Paralympic Games has risen. Most of the Paralympic judoka are training hard and are often working together with the Olympic judoka. The results of the cooperation between the IJF and IBSA has been seen in Tokyo.

7 And now what? Relaxation for everyone or a new three year express cycle?

After the Tokyo Games the judo calendar continues. There is no time for relaxation. Athletes are making their decisions to they continue, to decide to change weight classes or not and what to add to their judo after their Tokyo experience. Coaches are looking to re-arrange the national teams, in order to perform in Paris 2024. National federations are looking to analyse, debate and decide the plan for the next Olympic period. The IJF, in cooperation with the national federations, is looking forward to suggestions for the sport, refereeing and education areas, to make sure that the next rules are updated to meet or exceed the current standards.

8 In general, would you say that judo is emerging stronger from the pandemic? Why?

The interruption of training and events in 2020 took all judoka to a never-before-seen situation. After the Tokyo Games experience, there is now a plan B for how to react, how practise, how to compete. Each national federation has a new experience, making judo stronger around the world. At least we know now how to react. 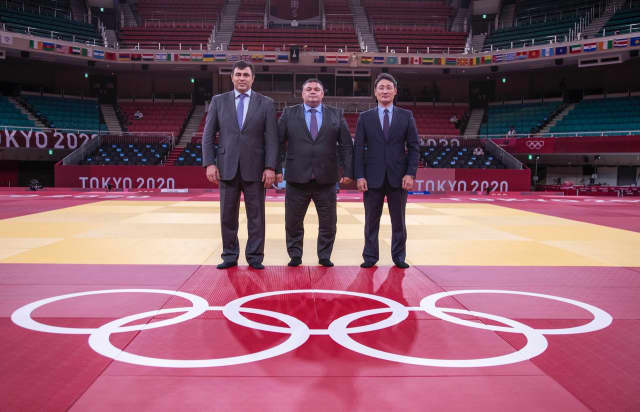 9 If you found the Olympic and Paralympic Games a success, what can we expect from Paris 2024?

The Tokyo Olympic and Paralympic Games have been a success, raising the standards of organisation in readiness for running the competition in Paris in 2024. The experience gained this year should be incorporated in the planning for Paris 2024. As for the judoka, after the Olympic Games in Tokyo, I await the challenges of an Olympic Games in Paris and sincerely hope that it will be amazing again.

10 Will there be a chance, from now on, to see new figures appear from the juniors? Any names?

Due to the pandemic situation, the junior calendar was seriously affected. The number of junior events dropped and the junior World Ranking List could not mirror the next generation of big names. In October 2021 the IJF will organise the Junior World Championships in Italy, where candidates for Paris have the chance to present themselves. If they are successful, the way to the Paris Olympics is open.

For the name of a new star, we will have to wait. The conclusions are obvious; Daniel believes that things have been done well and if we were less modest we would be explaining every day why our model has been key in the development of sports activities, including the Games. There have been many criticisms for having celebrated such an event, but the final result shows that it was worth fighting for the Games and to battle against Covid. Any opinion is respectable, ours too and we speak with the data in hand. In addition to the medals and tears, we have won the gold medal in our fight against Covid.