The Desire To Learn

Written by Pedro Lasuen on 02. Jun 2022
Photographs by Gabriela Sabau, Emanuele Di Feliciantonio
Share
Much is made of the warrior spirit of the Georgians. There is less talk, however, of the desire to learn from their photographers and journalists. A true thirst for knowledge that translates into an avalanche of questions when they have the opportunity. This desire to improve is what we will explore here and now. 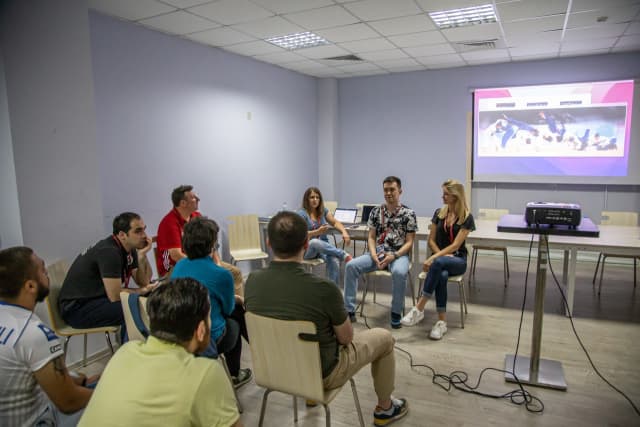 Tamar Kulumbegashvili has been a photographer for twelve years. A few months ago she founded the Society of Sport Photographers. It is a beautiful initiative through which she aims to educate young generations who nurture the dream of becoming reporters or telling with through a camera. “Sports photography is an important part of the culture of any country. Georgia is a nation of athletes and visual tracking of our successes allows us to understand our evolution over the years”, says Tamar. Tamar has a good friend in the International Judo Federation (IJF). They have known each other since they worked together at the Georgian Ministry of Sports. His name is Giorgi Tchanishvili, official announcer of the IJF. On the occasion of the Tbilisi Grand Slam they decided to call the IJF Media Team to organize a small seminar, an informal talk, with local photographers and journalists. What struck the IJF Media Team the most was the high level of interest. It was also an entertaining and educational exercise for all participants. 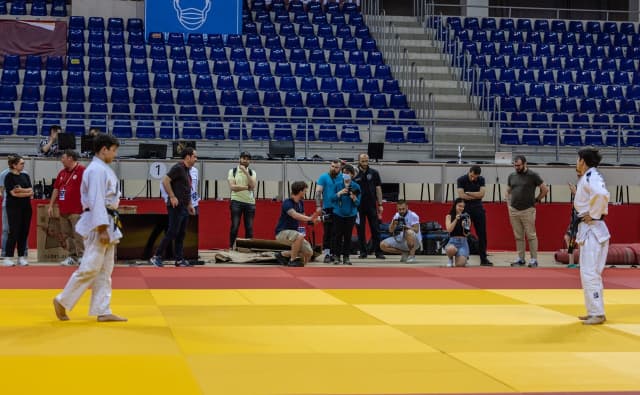 Gabriela Sabau and Emanuele Di Feliciantonio are the official IJF photographers. Normally they do not speak because they express themselves through their photos. Their work is silent, journalistic and artistic. It's about pressing the button at the right time, having the right light, searching and finding images that arouse interest and knowing how to freeze emotions that multiply every second. It is hard, demanding work for professionals. To their delight, the questions from their Georgian counterparts were insightful, direct, logical and intelligent. What, a priori, could have seemed dry to outsiders quickly turned into a passionate debate that went beyond the scheduled time. We still haven't determined who had the better time, the locals or the media team. We're going to leave it at a tie. Nobody wanted to leave. As a climax, because Gabriela and Emanuele are perfectionists, Giorgi brought two young judoka to do a randori, thus allowing all the photographers to practice for a few minutes with the two of them, working hand in hand and sharing the secrets and tricks of seasoned professionals. The thing, we said, that was a draw, was the enthusiasm for learning, teaching and doing things well. The experience was so positive that it will likely be repeated several times, perhaps in other countries as well. The only requirement is a desire to learn.