The Power of Words

Written by Pedro Lasuen on 15. Nov 2022
Photographs by Gabriela Sabau
Share
She releases tremendous phrases like someone who drinks a glass of milk. She does it with the naturalness that experience grants but, above all, emphatically, as one who survives intolerance. At forty years old, twenty of them at the highest level, Vanessa Zambotti has learned many things, especially the power of words. 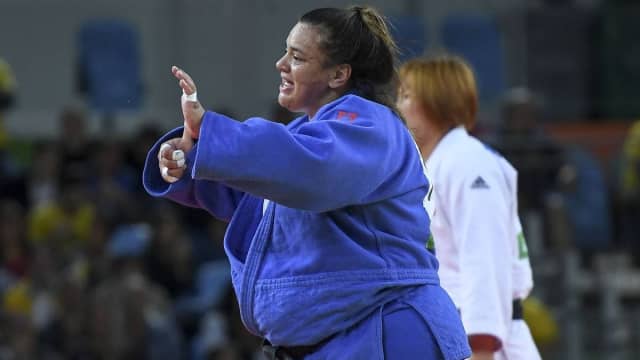 They called her fat and ugly. They are harsh and common words in the playground of any school because there is no greater cruelty than that of children. The little ones can even be excused under the umbrella of education, that is, the lack of the necessary resources to face life. They need time, a good teacher and concerned parents to learn such elementary notions as respect. When those hurtful words come out of the mouth of an adult, then we understand that none of the above has worked correctly.

“I started track and field when I was ten years old,” Vanessa explains. “Back then I was a victim of bullying. If anyone thinks that the situation has changed over the years, that someone is wrong." Six years later the Mexican stepped on a tatami. It was love at first sight and the relationship has lasted ever since. “It is a sport that precisely explains the values that many people do not possess.”

It is one thing to be a good athlete and another thing to become a professional. Imagine what it means to be a professional persecuted by the vitriol of sectarianism. “When I lost a fight, the reactions were not long in coming. What I read on social media made me go back in time. It was always the same." 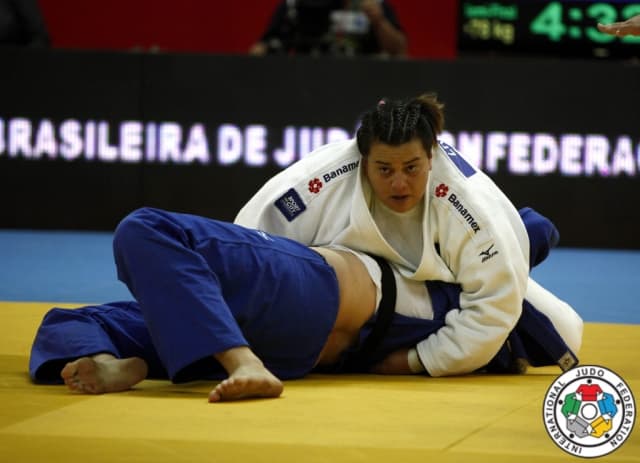 Actually the sad thing is that it's not a new thing, it's nothing special because it's repeated everywhere. What is special lies in the way you deal with the contempt of others. That word, contempt, leaves Vanessa's lips and it hasn't even been five minutes since we started the interview. She has a soft voice that exposes a life full of obstacles. The difference with others who are offended, who are victims and do not contribute anything new to the debate, is that Vanessa presents a recipe to overcome trauma. “You have to believe in yourself, to begin with, despite the circumstances. Afterwards, you have to set goals and put yourself at the maximum and with passion.” Vanessa's goal was to be an Olympian. In that sense, it can be said that she has far exceeded all her expectations because she has participated in four editions of the Olympic Games; four editions in a sport as tough as judo is already a huge victory in itself.

Vanessa has won medals and has fought the best. For years, the Mexican was the visible face of a sport that, in her country, does not move the masses. There they talk about judo when there are triumphs involved, nothing more; it's sad to admit but that's how it is. On the other hand, Vanessa is an international example, beginning with her own continent, when it comes to facing the rejection, arrogance and vilification of those who lack elementary principles. The philosopher already said it, to despise others is to do so with yourself, but stupidity is infinite and Einstein said that too. Patience and generosity with the ignorant require a special knowledge and not everyone is gifted.

Vanessa has no qualms about telling her own story because she has been strong and tenacious since she was born and because her directness serves to help those who don't know how to solve their own problems. Vanessa's didn't end when she decided to hang up the judogi. Here comes another of her special phrases and it is not wasted: "they teach us to train but nobody teaches us to retire." If we were on a mat she would have won by ippon. What a phrase, what savagery and how treasured those words are. “It happens in all sports, judo is no exception.” 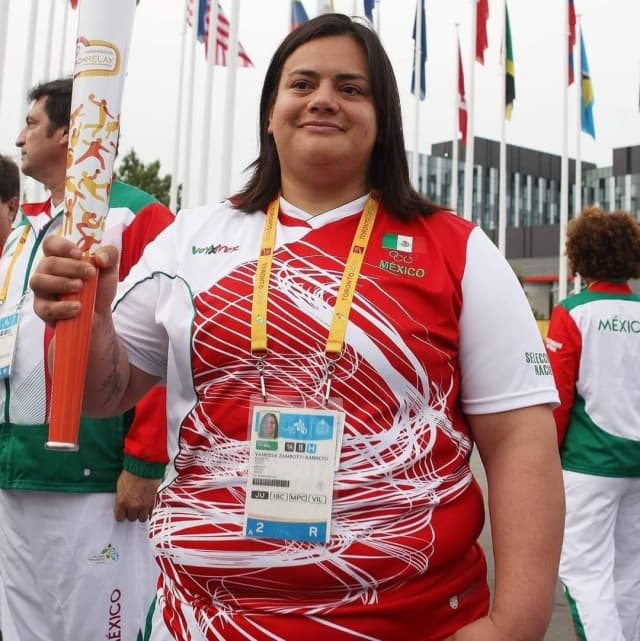 Talking about weight problems when one is a heavyweight can sound like an oxymoron. “Nothing like that,” Vanessa explains. “What do you do when you finish your route? Look, when you're a professional you train six days a week, seven before a major competition. When your career is behind you, you no longer train as much but you continue eating the same because nobody is aware of what you do. You are no longer surrounded because you no longer compete.”

As a result of this abandonment of references, Vanessa gained weight up to 186 kilos. "When you have exceeded all limits, the only thing that can save you is your own determination." For someone who has lived with the stigma of their own weight due to the ferocity of the ignorant, it may be less harsh but it is not easy. “I have lost 65 kilos but I keep fighting every day. It's easy to give up. The luck that I have is to be able to count on a healthy and supportive environment.”

Today Vanessa is the happy Media Director of the Pan American Judo Confederation. From her chair, she knows better than anyone that words have the power that each one wants. She also watches from above so that no one suffers in their flesh what she suffered for so many years. It is a sacred mission because contributing to the emancipation of young people means consolidating a present, preparing the future of the new generations and defeating painful memories, using one's own past so that grief becomes happiness. 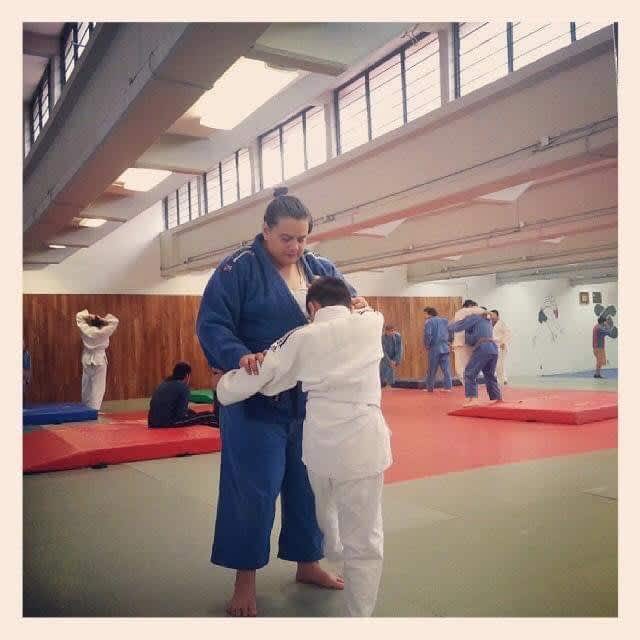 From Mexico City, Vanessa says goodbye and we stay with the phone in hand, thinking about her way of seeing things. As we dedicate ourselves to putting together letters, we analyse Vanessa's sentences, the strength and power of her words. Ok, that's what it's about, you have to turn the tables and smile at life, even towards those who insult because they have no sense of humour, pity or respect, in a word, education. They are ugly people with big, even fat, problems. Vanessa is a piece of art because of what she says and how she says it. We realise with joy that her words are fat, even obese and that they are the most delicious words we have ever heard. 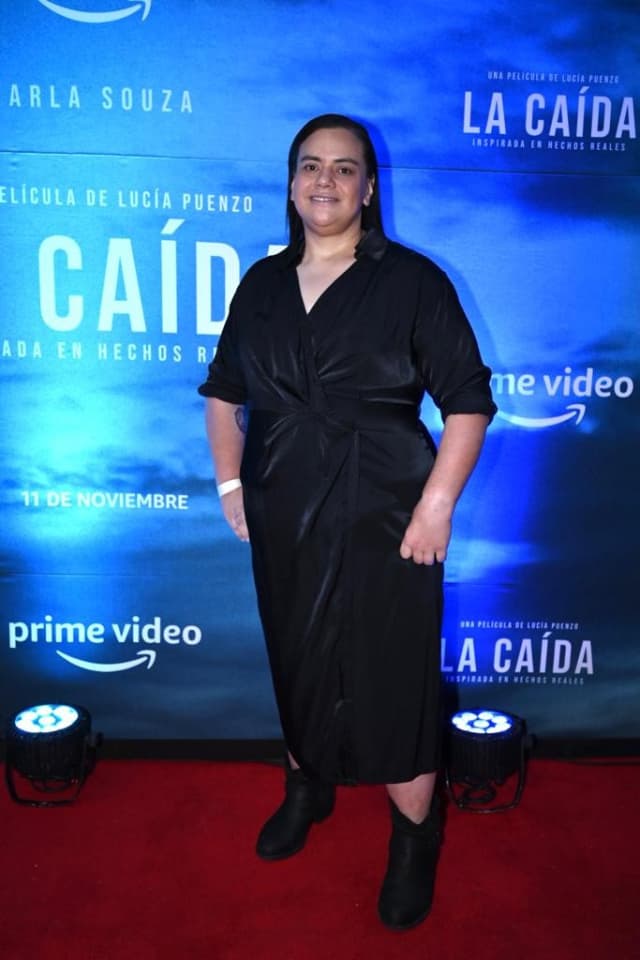