By Pedro Lasuen on 07. Nov 2019
Share
The oath of Hippocrates is much more than a consecration ceremony for young doctors. It is a promise, a sacred code upon which the teaching career rests. Judo also has a code and is based on the most elementary precepts that form the basis of any daily exchange between civilized people. Separately both are independent. Together, they form an amazing set. 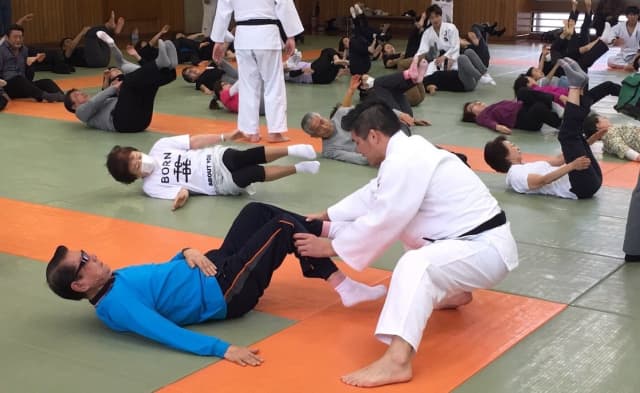 Japan is an old country and a country of old people. A quarter of its population exceeds 65 years. Japan is also a modern society that is based on respect for others and, above all, for the elderly.

Kamitani Takeshi is a 6th Dan Judoka, and works in the department of Orthopedic Surgery at the Japan Community Healthcare Organization Hospital. His life is oriented towards the service to society and the care of his patients. Taking into account his vocation and his eagerness to alleviate people's problems, he has created a program that, after analyzing it, is as innovative as it is evident. It is called Yawara-chan taiso and is designed for the elderly. 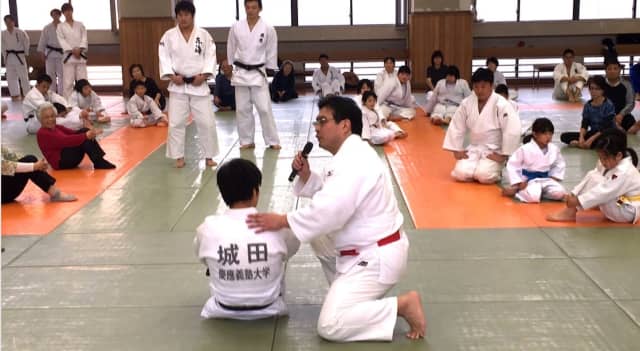 "Chan" means "cute" in the form of endearment.

The English name of this program will be “Judo Exercises.”

The program incorporates Judo movements and techniques to prevent falling injuries, especially for the elderly.

That is it, a judo exercise program. So far so good. The novelty lies in the objective of the idea. Dr. Takeshi explains it to us.

“People aged 65 and older in Japan make up a quarter of its total population. With an aging society there is an increased need of caregivers. It is reported that injuries related to falling are 4th highest reason that seniors need caregiving. This program was made to prevent falls and reduce injuries to promote an active healthy lifestyle among senior citizens”.

And to learn to fall without hurting yourself, there is nothing better than judo. We are interested in the project we want to know more.

“Ukemi is the first thing you learn in Judo. In the event of a fall, ukemi trains us to subconsciously soften the impact when landing, as well as to fall in a way which protects our head and joints. It has been reported that combining physical training and balance exercise is effective to prevent tripping and falling”, says Dr Kamitani.

It is as simple as bright. This orthopedic surgeon has put judo at the service of people in need. However, it is not an exclusive program and that is the key. The fundamental force of judo as a sporting activity is situated in its timeless concept. There is no age to practice it. 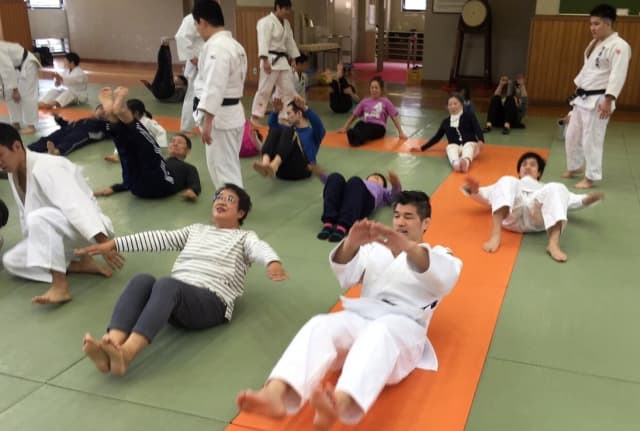 “Judo can be started at any age”, says Doctor Takeshi. “Yawara-chan Taiso is one way to get involved, stay active and meet new friends. Injuries from falling are most prevalent among the elders, but these exercises train skills which are needed for people of all ages. It is also a unique way to get a taste of what is like to do Judo”.

If the original idea is excellent, its application is no less because it turns out that, in addition to being a doctor in Tokyo, Takeshi is Team Doctor of the All Japan Judo National Team and Vice Chairman of the All Japan Medical and Science Committee.

The next step was to involve relevant members of the federation to move from theory to practice. As in Japan they take care of the details and feel veneration and immense respect for the elders, they have had from the beginning the unconditional support of the most senior members in the judo world.

“Being involved in Yawara-chan Taiso made me realize that Judo truly is a sport for all. Judo’s true value comes from contributing to a better society. I appreciate Dr. Kamitani and the Medical science team for creating this new value in Judo”, said Inoue.

The result is a program that demonstrates the exceptional value of judo as a support vector between different generations. This is the winning combination generated between science and judo, between medicine and a universal martial art.

A program that generates enthusiasm, even among the youngest. Harasawa Hisayoshi is a multiple medallist in the heavyweight category. He is the present and his are the words that conclude this story.

“I felt at the seminar that Judo is not just about winning and losing, but it can also be applied as a tool of social contribution. I look forward to staying involved with the program."

See also
One Week To Go
10 key storylines for #JudoParis