Written by Pedro Lasuen on 26. Jun 2022
Photographs by Gabriela Sabau, Emanuele Di Feliciantonio
Share
With all due respect to others, the only way that Inal Tasoev would not have returned home with the gold medal was for non-sporting reasons, such as a fall on the stairs or a traffic delay. Tasoev (IJF) is a complete heavyweight, a very good judoka, with an excellent technical panoply and he’s fast. In Mongolia, moreover, the opponents were not of his level. 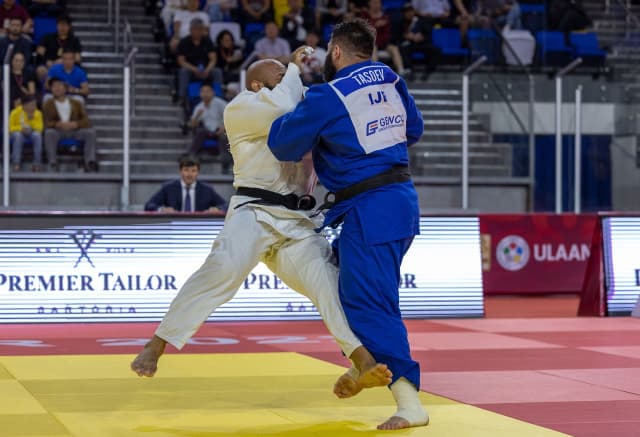 Dutchman Roy Meyer is like the old rockers who never die. He gets results, medals in the big competitions, but he is light years behind of Tasoev in terms of quality and age. They reached the final after eliminating Japanese Hyoga Ota and Kazakh Adil Orazbayev. 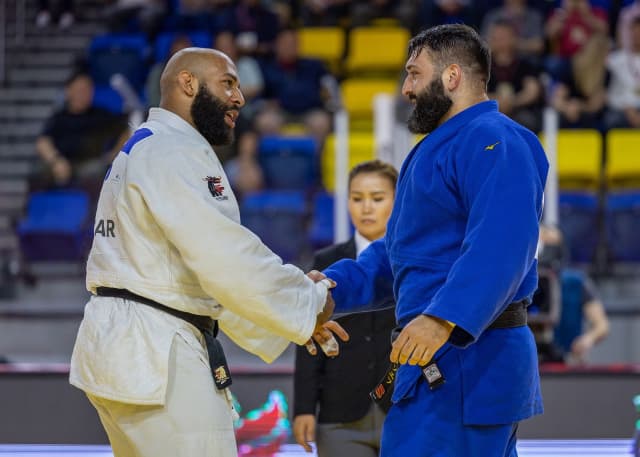 Here we have to talk about Japan, because it has not just found the key that allows it to return to better times; there is more than that. Japan has always had excellent heavyweights, but for some time now, the level has not lived up to the demands of the highest level. Both Ota and his compatriot Yusei Ogawa, did not produce anything remarkable and therefore did not reach the final. You can't win a tournament without training well, let alone attacking in combat. Tasoev, who is better than those others who participated in this grand slam, also came very well prepared physically and with the necessary motivation to prevail. This is how titles are won, with talent, of course, but above all with hard work and mental strength and will. 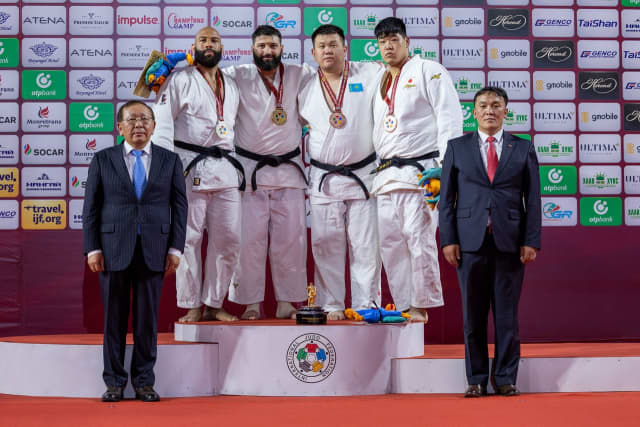 Medal, cheques and mascots were presented by Mr Puntsag Tsagaan, Chairman of the Board of Steppe Arena and Mr Ganchuluun Bayarjavkhlan, Vice President of the Mongolia Judo Assocation

It took Tasoev eleven seconds to win his fifth grand slam gold medal. Those who went to the bathroom to relieve themselves before the final did not have time to return and see the IJF representative’s ko-soto-gari. It was nice, simple and behind that gesture there are many hours of training. In the end, that said, Tasoev was unstoppable and the opposite would have been surprising. 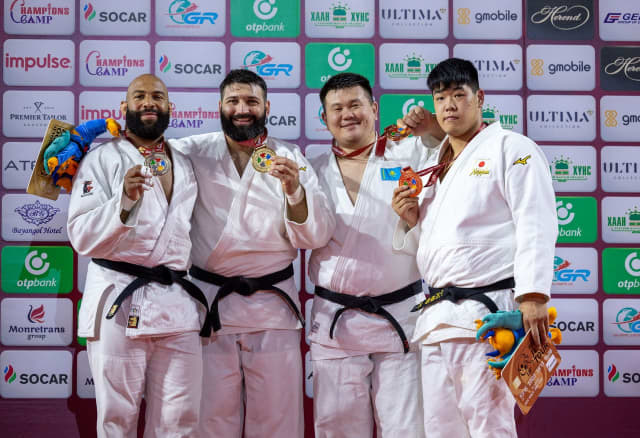 Magomedomar Magomedomarov of the United Arab Emirates and Orazbayev battled for the first bronze with victory for the latter, who reacted quickly to an attack by Magomedomarov and scored waza-ari. The two Japanese judoka fought for a bronze that knew little of the aspirations of the country. Ogawa won unnoticed, by shido. 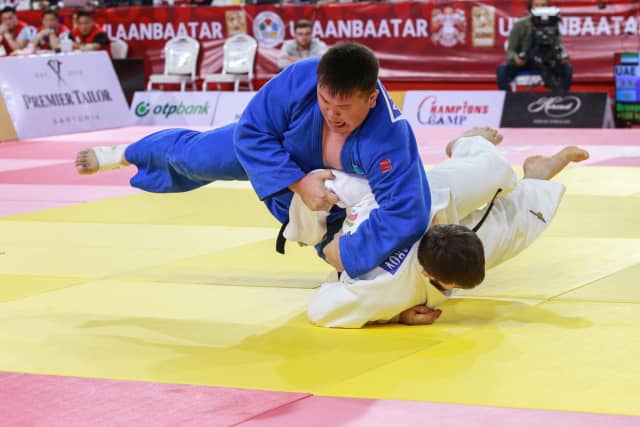