Written by Pedro Lasuen on 02. Oct 2022
Photographs by Gabriela Sabau, Marina Mayorova, Emanuele Di Feliciantonio, Lars Moeller Jensen
Share
It may be a matter of age but the fact is that we like to analyse the passage of time and we have not found a better measure than Teddy Riner. There is another thing that we like, those who row against the current. The good thing about Lukas Krpalek is that he has dusted off old popular proverbs that were only used by writers from ancient times. 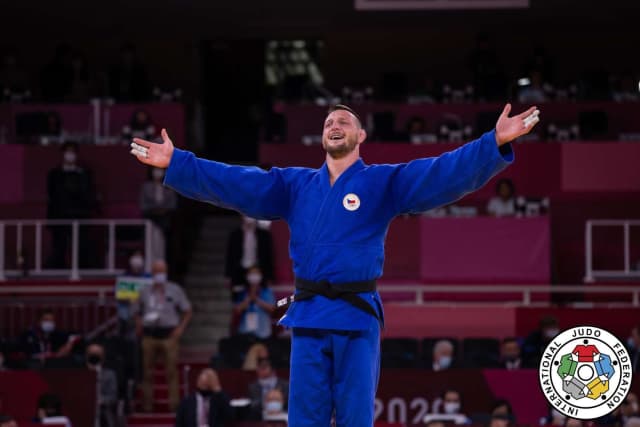 Let's take the last cadet world championship as an example, that is, what happened just a few weeks ago. All the medallists in Sarajevo were eating baby food when the Frenchman claimed his first world title. Speaking of temporary measures and now that the world pays a heartfelt tribute to democracy, and also because we like coincidences or signs of fate, we remember that Riner was born in 1989, when the Berlin Wall fell and the 20th century began to straighten a decent course in terms of freedom and moral values. 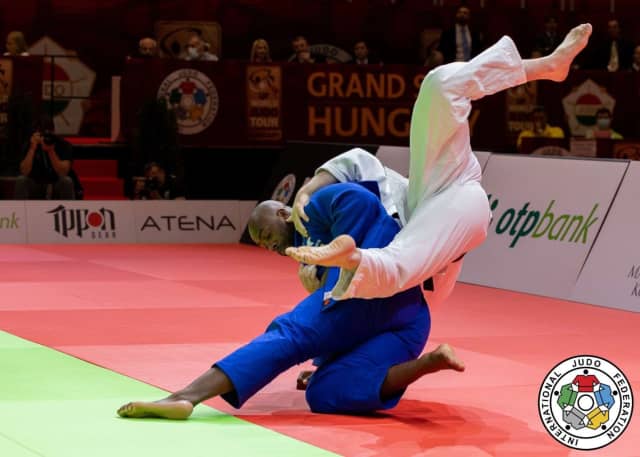 With ten world titles, which is like having been president of France for two terms, the key to understanding what Riner represents is in the essence of his service record. Regardless of his six-foot wingspan and three hundred pounds of power, a match with Riner was a guarantee of a gold medal for him. They say that the difficult thing is not to conquer the throne but to stay in power. Riner's throne has preserved his imprint for a decade. His legacy is, in the sports world, as long-lived as that of the queen of England, because there are people who live and die without having met another monarch. Sports death is sweeter and Riner's is getting closer. His bronze medal at the Tokyo Olympics heralded an insipid epilogue for him because when one gets used to the taste of foie gras, a pâté tastes little, no matter how good it is. 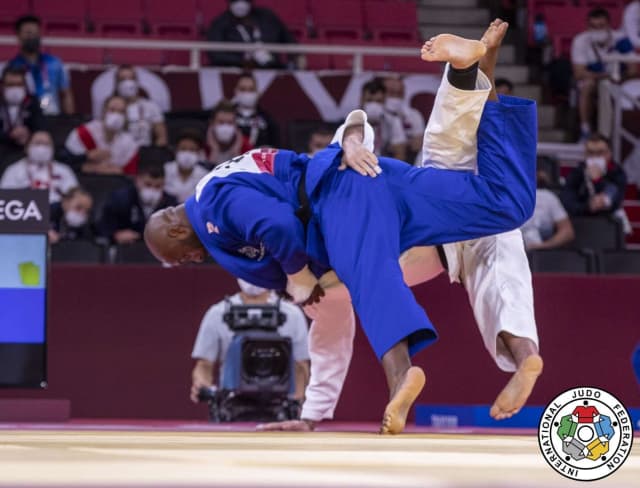 Riner belongs to the lineage of the chosen ones, those who are not a product of the environment but rather the environment is a product of them. As no-one found the magic formula to defeat the French giant, all the methods and even the physiognomy of the judoka were modified based on Riner with the sole objective of defeating him. That is what Riner represents, a man who has changed the practice of judo despite himself, who has allowed us to enjoy a category in a new way, one which today is the perfect culmination of any tournament. Beyond the triumphs, what Riner has marked is the existence of colleagues and rivals who have dreamed and suffered nightmares with him alike. The excellent news is that he is still active; he dazzled in Budapest and is already registered for Tashkent too, perhaps, add an eleventh world title. That was what we thought until a few days ago. We will explain it later. 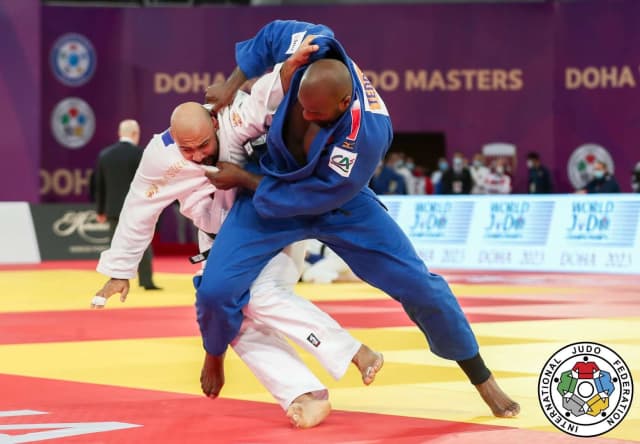 Krpalek is something else. Surely you remember that thing about the will that moves mountains and it turns out that the mountain is still there, even if you use dynamite against it and you look askance at the author of the proverb, do you remember? Well look, the Czech is one of the stubborn ones and it's not that he has moved the mountain, it's that he has climbed it on all four slopes, going up and down, without oxygen and on top of that he wants more. He has done it in Riner's time! I'll give you another example, that there is no victory without sacrifice and all those great phrases that are now only heard in B movies. Krpalek has updated everything. 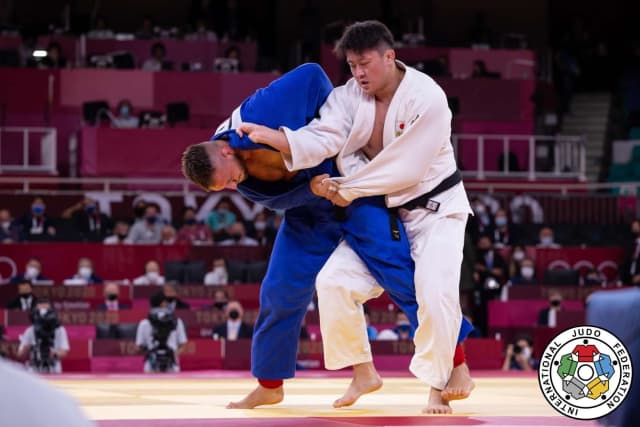 We don't care if you say that Riner was on holiday or injured. What does matter to us is that you look at the case of Krpalek, Olympic champion at -100kg in Rio de Janeiro and once again Olympic champion in Tokyo but in the heavyweight category, yes, Riner's. Also, in case your memory fails you, and we have told you a few lines above, Riner was in Tokyo and won a bronze. We don't know how far the Czech will go, if we will have the chance to see him against Riner one more time but we have learned not to underestimate him because those who have done so have ended up embedded in the tatami. The weight of history supports Riner but the more recent past supports Krpalek. We, tired of going to the dentist after knocking our teeth out with such a random prognosis, prefer to wait and pray that these two giants will see each other sooner or later. When everything will be over, when the language of the court will be French, Czech, or any other because the list is long, we will have time to take stock, analyse and do all those things that those of us who will never be like them do. 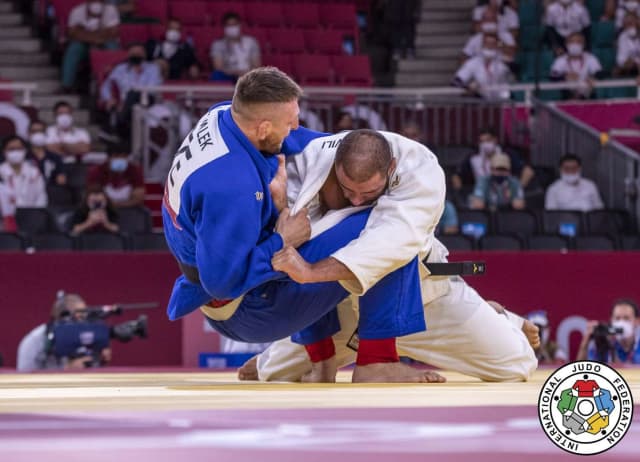 Here comes the explanation. Suddenly, Riner announces that he will not be in Tashkent. It's a shame, for him, for the fans, for judo and for our article, because it was looking really nice. So we decided to leave it as it is and we start thinking of more names and these come naturally. 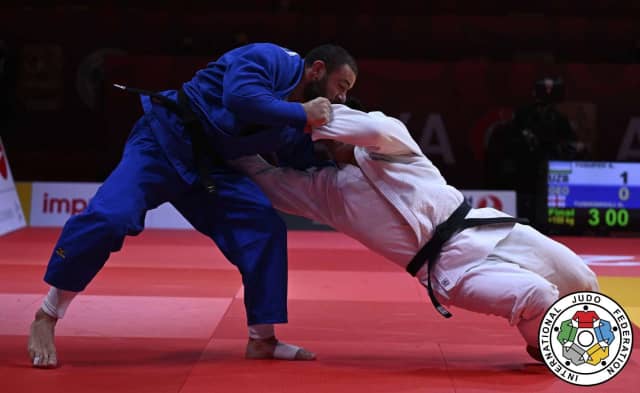 Rakhimov, Tushishvili, Odkhuu, Spijkers appear, a whole young generation that now, instead of watching two champions, focus their gaze on the one that remains, Krpalek. It will be interesting anyway, it always is when it comes to changing the established order. Riner's absence will mark the competition, as will Krpalek's presence. It is there, between what they represent, that the new ones have to get involved and that can only be done by winning gold. 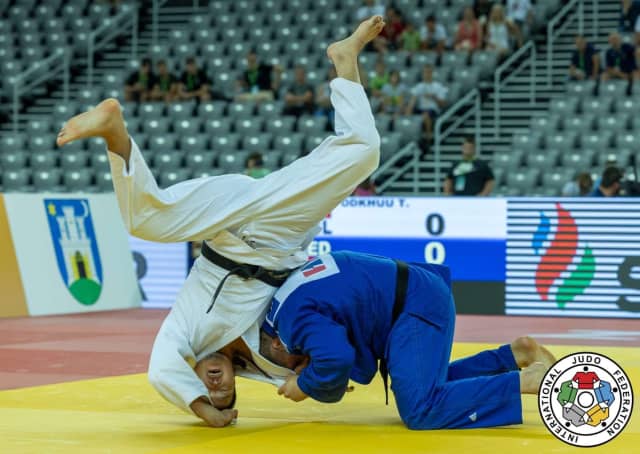