Written by Nicolas Messner on 10. Aug 2022
Photographs by Gabriela Sabau
Share
For the first final of this first day of competition at the Guayaquil World Judo Championships Juniors 2022, no-one was surprised to find Assunta Scutto at her best level. Already a winner of the competition last year, the Italian athlete won each of her elimination rounds to face the Japanese Hiraki Yoshioka, for a possible double. 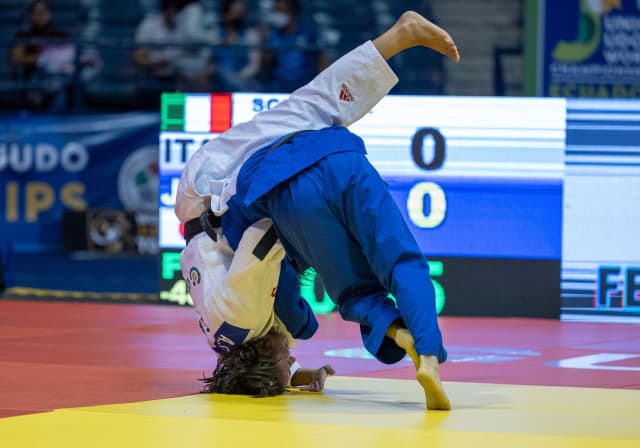 Although still a junior, Assunta Scutto already has a small place in the sun at the higher age category since she won the Abu Dhabi Grand Slam in 2021. Heiress of the Italian judo school, she gave no chance to her opponents of the day, Ayana Duisenbay (KAZ), Gemma Maria Gomez Antona (ESP) and Merve Azak (TUR). However, the final did not look like a walk in the park. Although she was not seeded, Hiraki Yoshioka created a half-surprise, knowing that seeing Japanese athletes reaching the top is never a real surprise.

It was interesting to see the behaviour of both athletes going to the tatami. On one side, Scutto ran a 100m sprint and on the other side Yoshioka walked calmly to reach the central tatami. On one side the defending champion, on the other the underdog. First in action was the Italian judoka with an opportunist seoi-nage that didn't put Yoshioka in danger but it was a good warning. The two athletes actually already met, when they were cadets, with a victory for the Japanese competitor, but time flies and Scutto has gained confidence. With a handful of seconds remaining, the final was getting close to golden score, when Yoshioka produced a beautiful morote-seoi-nage to score a waza-ari. The clock stopped with 2 seconds remaining; not enough for a comeback for Scutto who cedes her world title to Yoshioka. This is the first gold medal for Japan but maybe not the last. 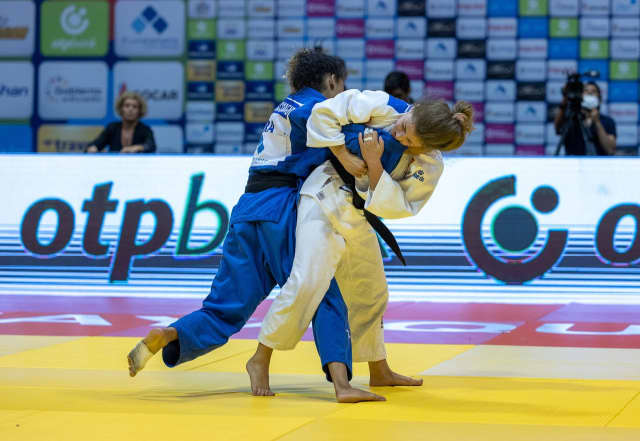 To join Scutto and Yoshioka on the podium, Gemma Maria Gomez Antona (ESP) and Alexia Nascimento (BRA) faced each other in the first match for a bronze medal. The first in action was Nascimento with her long legs, using her height to engage against Gomez Antona. As both athletes were looking for the sleeve, this made the match quite open, but half the contest passed without any score. In the second half, only one shido for passivity was awarded to Gomez Antona. After 22 seconds of golden score she was penalised again, making things more complicated, but against all odds, she launched a desperate makikomi, which threw Nascimento just on to the shoulder, enough to score a waza-ari and to overturn the run of play. Nascimento dominated the match but she didn't score. This is sport and this is judo. Congratulations to Gomez Antona for this brilliant bronze medal and for believing in herself. 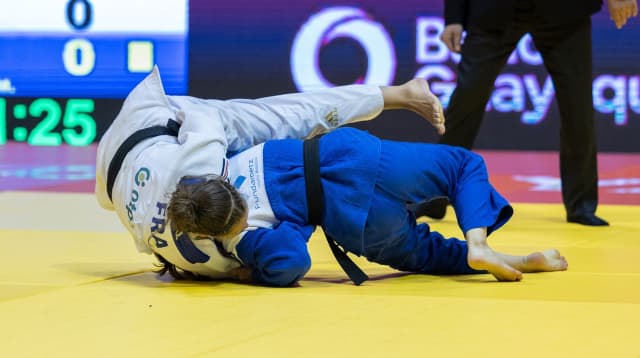 In the second match, the victory of which was synonymous with a podium place, opposed the Frenchwoman Pauline Cuq (FRA) and the Turkish Merve Azak (TUR). It took some time for the match to really begin, with both competitors looking at each other and trying to find a first opportunity. This first possibility to score came from Azak who executed an almost perfect kata-guruma, using a brilliant drive with her head for waza-ari. The rest of the match was quite closed as Azak controlled her opponent to win the medal. 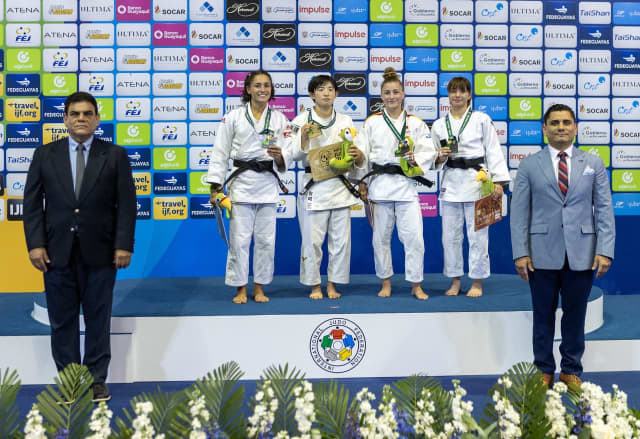 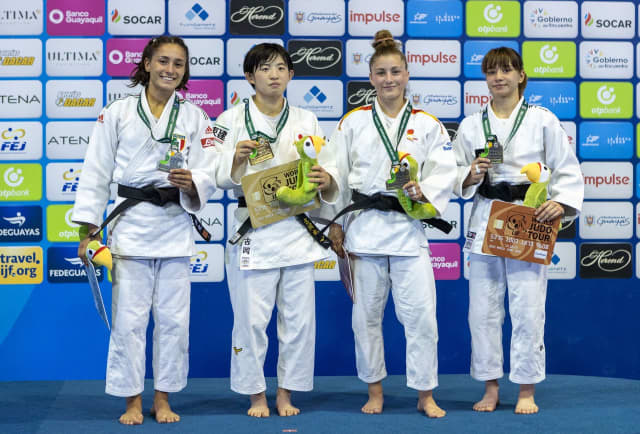