Flags, Ukemi and an Orchestra

Written by Jo Crowley on 22. Feb 2020
Photographs by Gabriela Sabau, Marina Mayorova
Share
Dozens of young children, judoka, waving German and Japanese flags, in front of a crowd clapping in rhythm to the introductory music. And then more music: ‘Can You Feel the Love Tonight’ played by local children in the form of an orchestra.

There was then a melancholy silence to remember the 9 people who lost their lives this week in a terrorist attack in Germany.

Mr Peter Frese, President of the German Judo Federation and Mr Thomas Geisel, Mayor of Düsseldorf, offered a warm welcome to the competing teams, the spectators and the wider judo community, thanking the International Judo Federation for entrusting this important Grand Slam to Germany, in this final run up to the Tokyo 2020 Olympic Games. 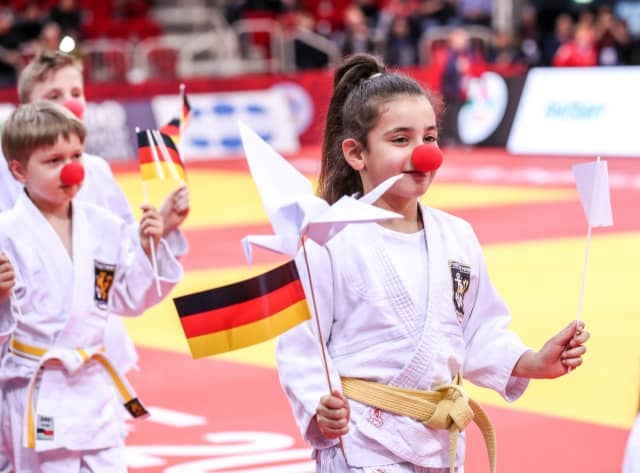 Mr Marius L. Vizer, President of the International Judo Federation addressed the arena, “I wish all the best to the next generation, for tomorrow. We wish you all success in your futures.” 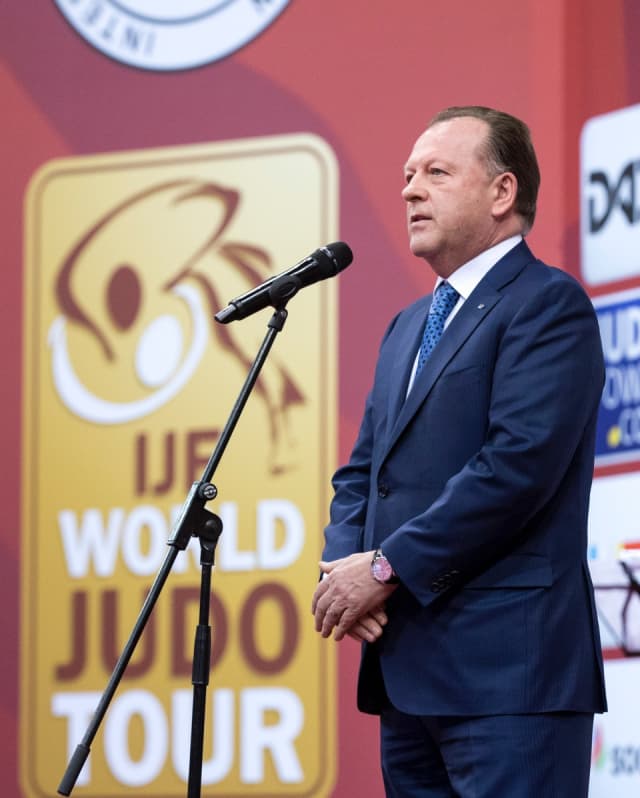 Mr Vizer presented Mr Frese with a gift, a symbol of friendship and thanks for all he has done for the German Judo Federation.

A demonstration followed, with some young judoka performing ukemi and nage-waza in formation, before the opening ceremony concluded with the IJF and German national anthems.