Written by Nicolas Messner, Jo Crowley on 23. Oct 2020
Photographs by Gabriela Sabau
Share
This is what the whole judo family has been waiting for, for months; judo, the real one, big and beautiful. That's what we had today on the first day of Grand Slam Hungary. All day long, we saw masks, teams cleaning the tatami, some hesitation when it was time to shake hands or not at the end of the matches, but what we will remember are the ippons, the waza-aris and also the shidos, because they are also part of our sport. 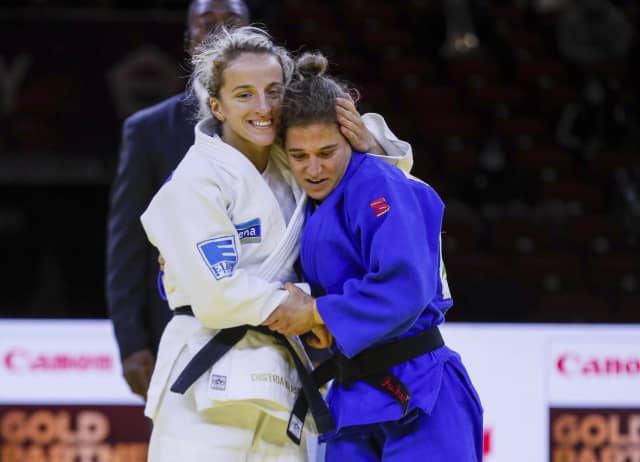 We will remember from this first day, the smiles on the podium; smiles that we did not just see but that we felt, that we imagined and that it was nice to recognise. We will remember the powerful victories of Distria KRASNIQI (KOS), confirming the excellence of the Kosovar school, the victory in mastery of Amandine BUCHARD (FRA) and that no less significant of Jessica KLIMKAIT (CAN). Three gold medals for three strong nations in women's world judo.

With the men, things were more absolute, since Russia monopolised the first places with a full house of 4 Russian finalists. That team performance deserves to be highlighted.

Once again, the most important thing today was judo. It was in the centre of the arena and it was shining brightly. There are two more days left to put a smile on the face of millions of judoka around the world. Thank you to all those involved in the organisation of this grand slam and a huge thank you to all the athletes for the heart they put into their work.

To face an Olympic champion, for most, this is an uphill challenge that requires a stealing of oneself, but not in this case. Krasniqi is either fearless or the master of the poker face. Either way she produced stunning judo from a judo machine of a body and it was a privilege to watch her dismantle the whole category, including Pareto in the final. 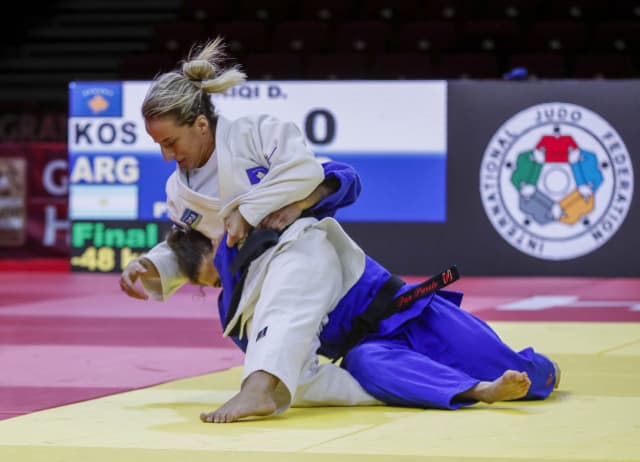 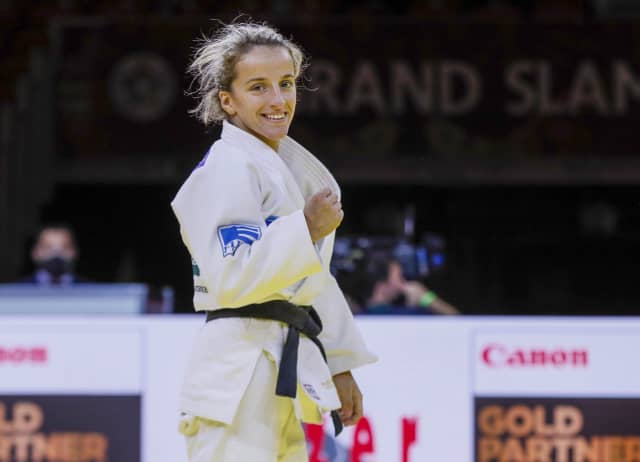 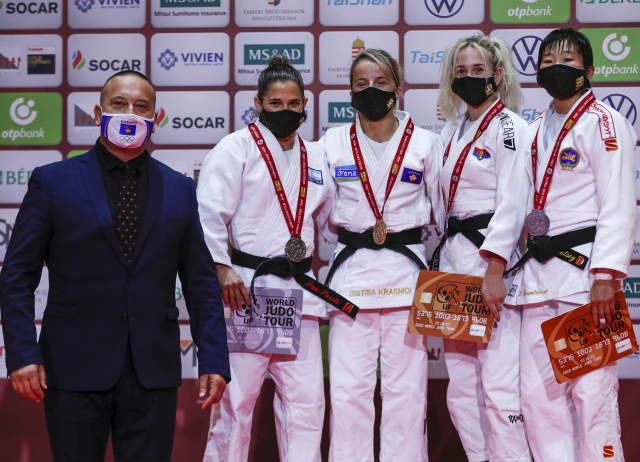 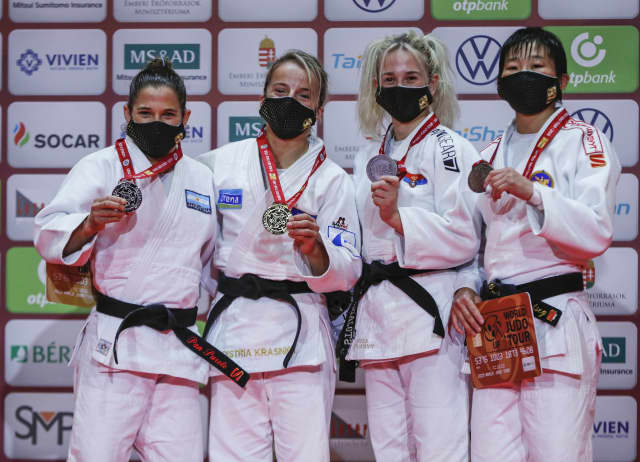 Switzerland brought all they had and left with a silver medal and a credible 5th place. Their campaign was only interrupted by current great names of the sport and a collection of world medals, held by Buchard, Bilodid and Chitu. The French eventual gold medalist proved again why she was the number 1 seed coming into the day, not dropping a single point. Amandine has clearly used her time in isolation well! 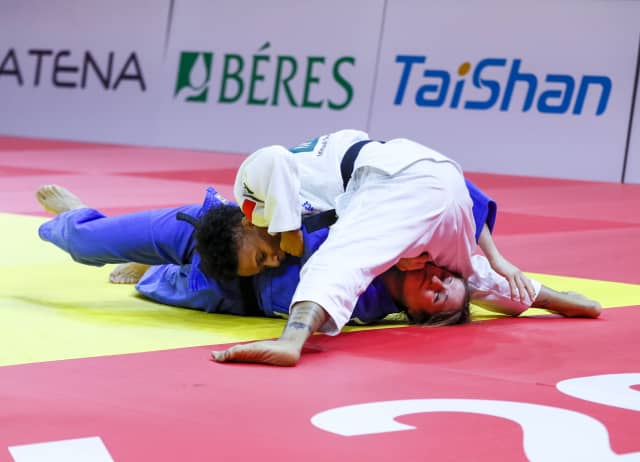 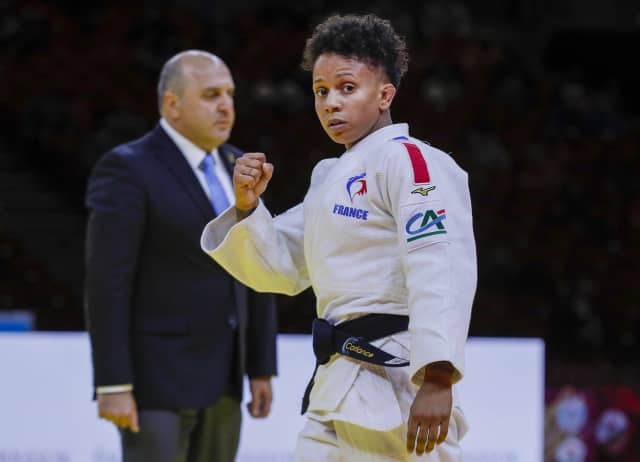 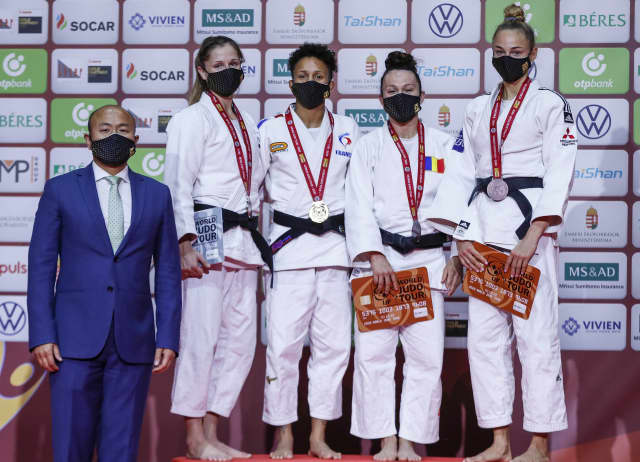 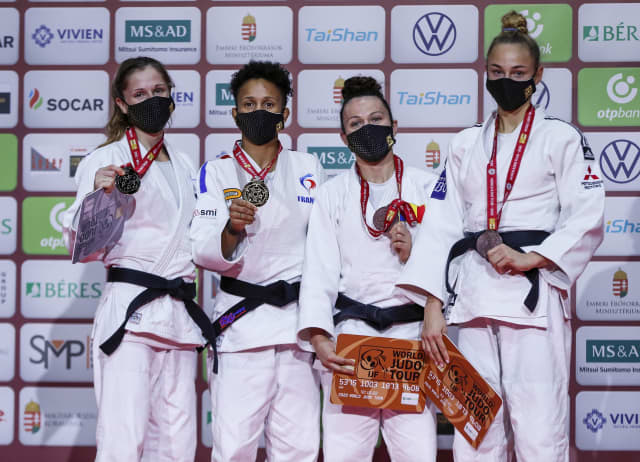 Everywhere there was power; powerful throws, powerful strategy and an unwavering focus. -57kg was a contest sheet that would bring chills for any young judoka looking to join these ranks. They destroyed anyone showing weakness and capitalised on mistakes. Quite frankly this category was a majestic display of how physical training can enhance the chess of a judo match. Glorious! 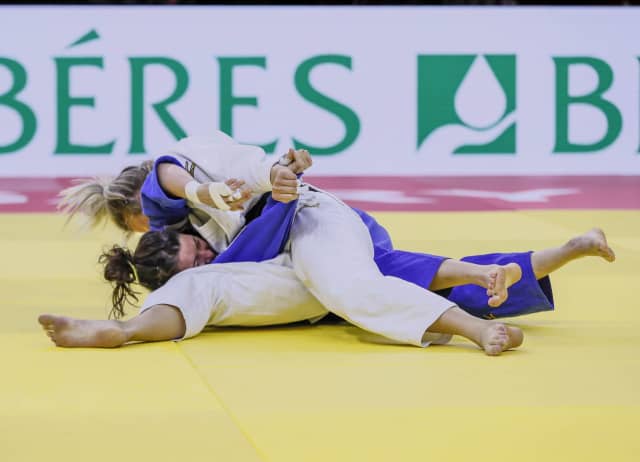 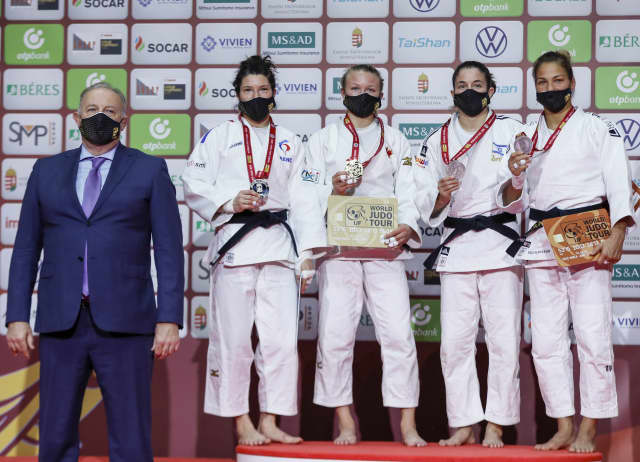 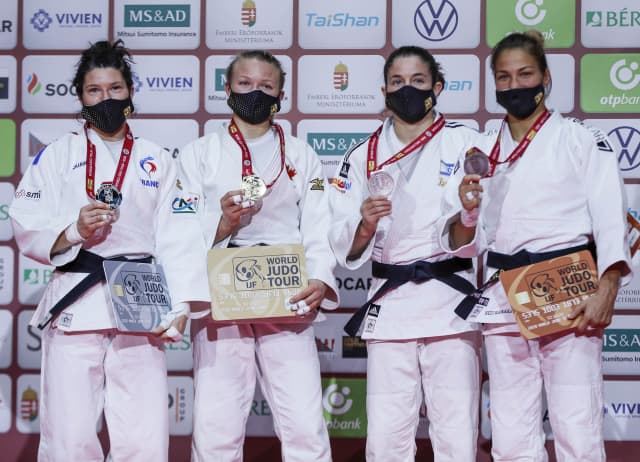 Lopes and Mkheidze fought with heart and desire from the very beginning and Lopes particularly also brought us edge-of-our-seat excitement, with dynamic escapes and chance successes of timing. With the Russian onslaught capping the category, it was a day of variety and fun at -60kg. With Lutfillaev not making the podium, this tells us just how strong and vibrant a group it was. 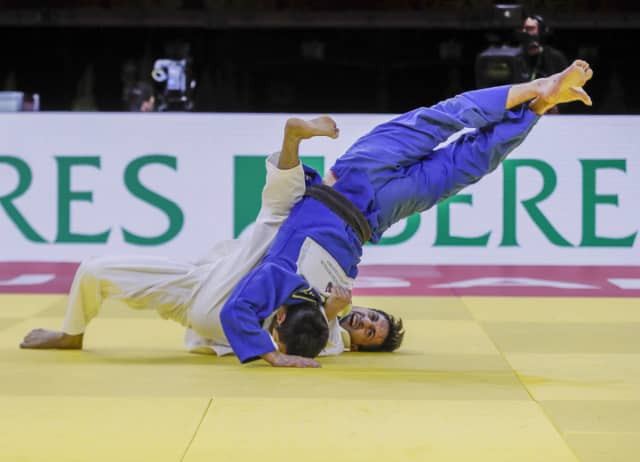 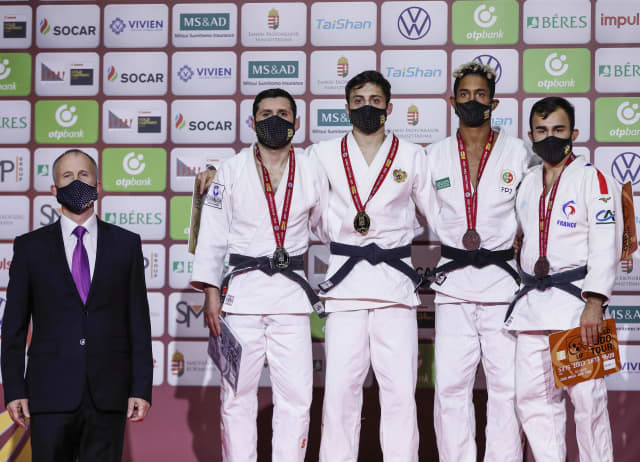 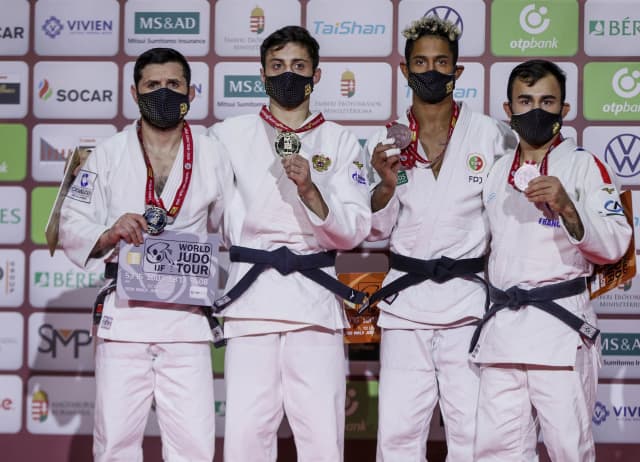 Russia have laid down the gauntlet for men’s judo on the return to the World Judo Tour. They wave a red flag at the rest of the world and invite them to fight harder for qualification and for medals and for honour. They fought a clean and persistent game, with no chink in their mental armour. We can only imagine how this will buoy the rest of the Russian men’s team as we head into days 2 and 3. Their domination was impressive and left just a small gap in our notes to acknowledge the great energy brought by Brazil’s Lima. His Catherine wheel of a throw for the bronze medal brought a collective gasp to the arena and he should be applauded for a day of ‘taking a chance’ that paid off. 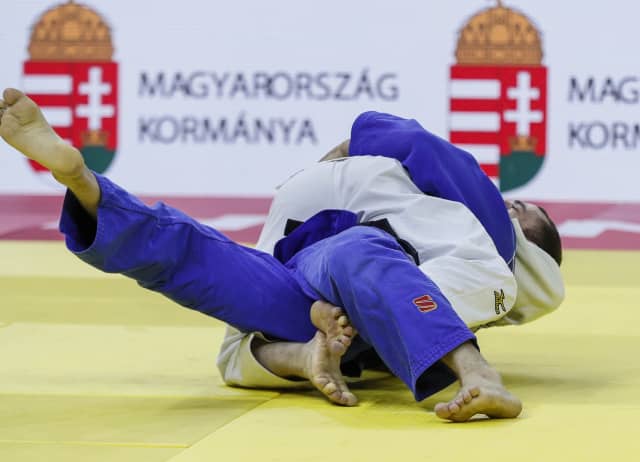 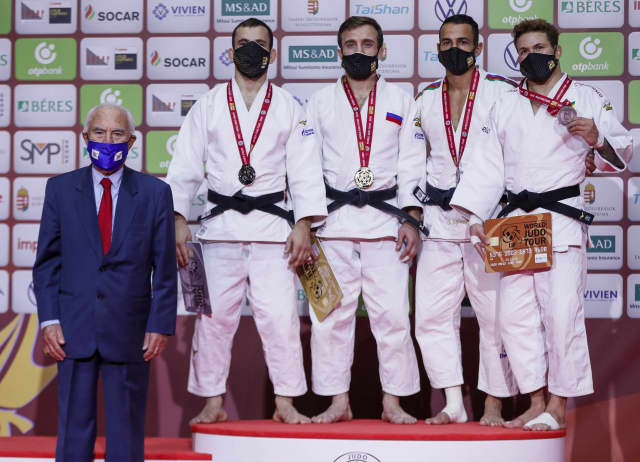 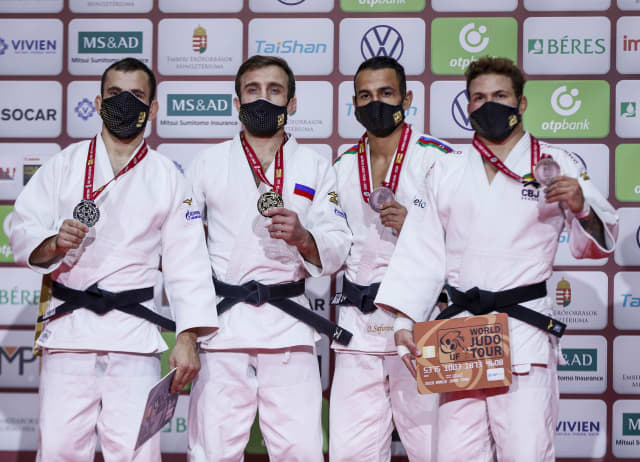