By Gabriela Sabau, Pedro Lasuen, Emanuele Di Feliciantonio on 08. Feb 2020
Share
683 athletes representing 115 countries: we could not ask for a more impressive line-up of athletes to grace the tatami.

My day started with a walk through the warm-up area at 7.00 am.  The atmosphere was amazing.  Athletes in the zone were deep in thought, concentrating their mind on how their day was going to go.  I managed to speak to many coaches and all expressed the view that this was one of the strongest Paris Grand Slams ever and to take a medal here will be a fantastic result.

The harsh reality for many would be that they would have a day starting at 8.00 am and finishing at 8.05 am: a cruel truth that would be hard to contemplate when one considers the years, months, days and hours of effort that have been put into getting them here now.  To be out in the first round will be devastating.

It did not take long from the competition beginning to realise that we were going to witness a great day of world class Judo at its best. 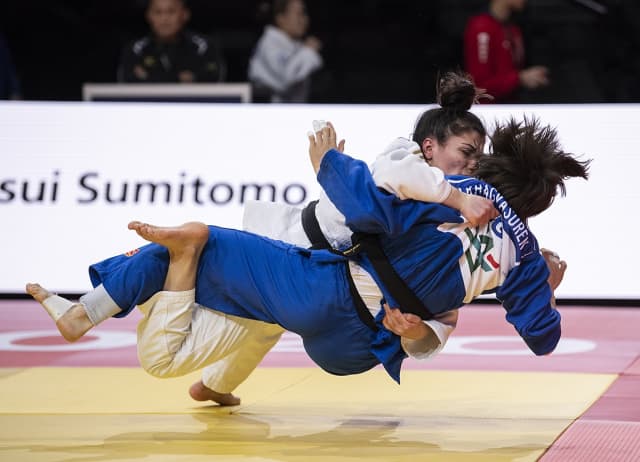 At 48 kg Daria Bilodid once again demonstrated her elegant style of Judo, which she blends so well with that hard edged grit and determination that we have come to expect from this twice world champion.  On everyone’s mind was the impending final and whether Wakana Koga, Junior world champion, would be the first Japanese to challenge this amazing athlete. Sadly the answer was no. Daria, once again, demonstrated to the world that she is unstoppable. She scored in the opening minute of the final with soto maki-komi, leaving Koga very little opportunity to come back.

Throughout the day the quality of ne-waza was amazing and dominated just as much as the tachi-waza.

Georgii Zantaraia was an athlete who delivered a breadth of technical expertise on the ground, which was a delight to watch. His performance continued to the end, winning a bronze medal against his team mate Bogdan Iadov. 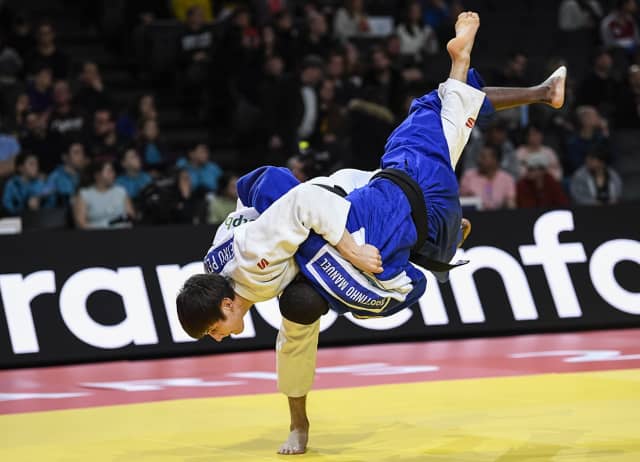 In some rounds the importance of having done your homework against your main rivals was very apparent and we saw some very impressive tactical wins that were perhaps, in the eyes of many, not exciting and enjoyable to watch, but in my opinion were very clever and professionally executed, sometimes achieving a win against a superior opponent .  A great example of this was between Ebinuma of Japan, three-time world champion and Ciloglu of Turkey, in the quarter final. It was a great win for Ciloglu, but who sadly fell at the next hurdle, against the 2017 world champion and eventual gold medalist of the day, Hashimoto of Japan. Ciloglu brushed himself down and clawed his way back, ending the day with a 5th place, defeated in the bronze medal match by Turaev of Uzbekistan.

For me a lasting memory of the tournament will surely be the final match of the day, the under 63 kg category final. World champion Clarisse Abegnenou took the gold medal for France, like the icing on the cake, much to the delight of this amazingly knowledgeable crowd.

A Beautiful Reminder
Sakura: Simple Joy and a Symbol of Life