Written by Nicolas Messner, Jo Crowley on 22. Dec 2022
Photographs by Emanuele Di Feliciantonio, Tamara Kulumbegashvili
Share
The categories competing on this third day of the Jerusalem Masters are always eagerly awaited. It's not that the others are not, on the contrary, but the density of athletes who may be present on the podium and therefore the uncertainty about the final result, is so high in the heavyweights that we were impatient about learning who can get out of the game. 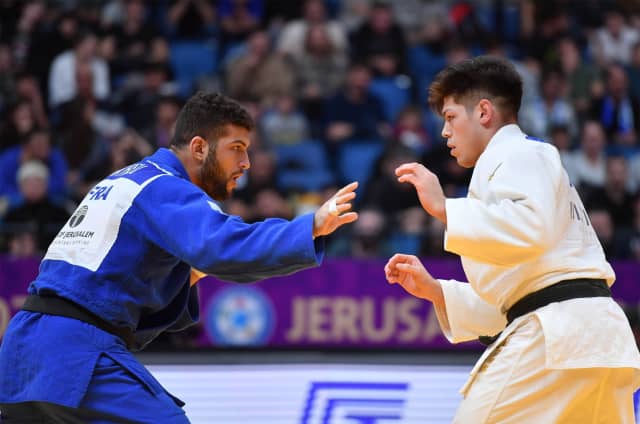 In -90kg we obviously expected the return to competition of Davlat Bobonov (UZB), the world number one, whom no-one had been able to stop in Tashkent, on his way to his first world championship title. Unfortunately for him, he could not repeat his October feat, beaten in the quarter-finals by the Brazilian Rafael Macedo, who himself lost against Sanshiro Murao, one of the Japanese who did well today. 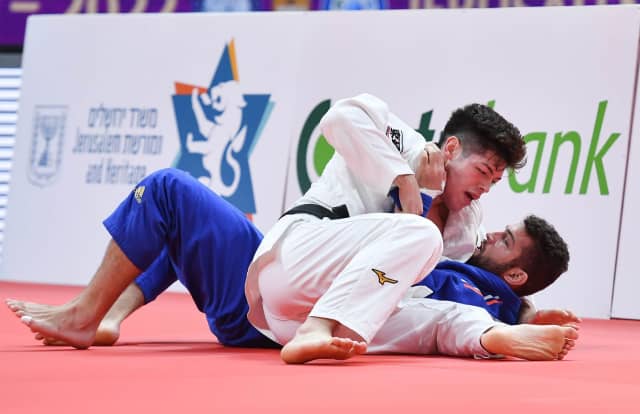 It must be said that Murao had space to breathe a little, in his quarter of the draw, after the withdrawal of the Olympic champion, Lasha Bekauri (GEO), who ultimately did not align himself with this competition. 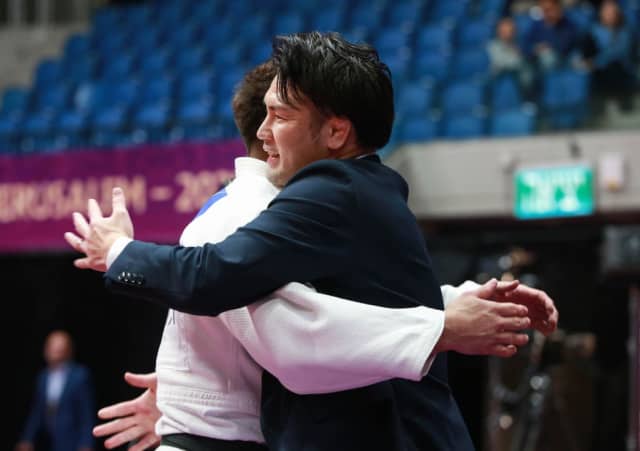 sanshiro Murao being congratulated by his coach, Takashi Ono

In pool C, we expected Beka Gviniashvili (GEO), who started his day with two convincing victories, against Theodoros Tselidis (GRE) and Jesper Smink (NED) But it was ultimately a relative unknown who thwarted all the predictions. Indeed, the French Alexi Mathieu started his day by sending Krisztian Toth (HUN) back home, then Alex Cret (ROU), before winning against two Gerogians, Beka Gviniashvili in the quarter-finals and Luka Maisuradze in the semi-finals. It has been a beautiful competition for the one who so far had nothing more to offer than a continental bronze medal in the u23 age category.

Let's be clear, Alexi Mathieu is not a total stranger, since he has already finished twice just at the foot of the podium in Paris and was 7th in Ulaanbaatar in June but obviously something clicked and it bodes well for a French men's team looking for leaders in the wake of Teddy Riner.

It was therefore a final of underdogs that we witnessed, between Murao and Mathieu, a final for which it was quite difficult to offer a prediction, even if Murao, being sixth in the world, seemed to be in a better position than Mathieu. The latter, though, had already proven during the day, that he didn't really care about world ranking positions.

The first in action was Mathieu with a counter attempt and an uchi-mata for no score. That set the tone, it would not be an easy win for Murao. Despite his will to score, the first one to add a waza-ari on the scoreboard was the Japanese champion with a ko-soto-gari. With less than a minute to go, Murao launched an o-uchi-gari inside the competition area and drove his opponent through the tatami to score a second waza-ari; a clear win for Murao, but an interesting silver medal for Mathieu. 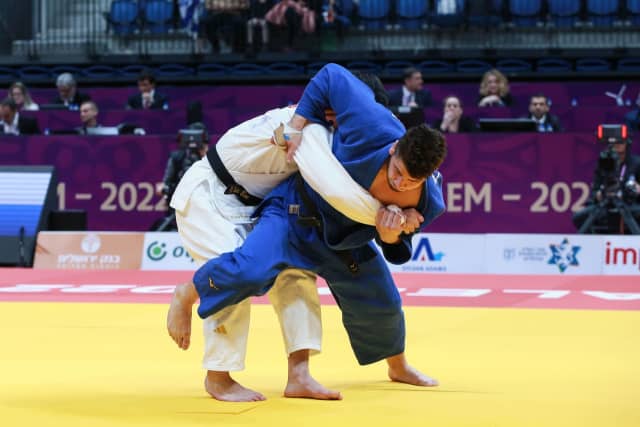 Beaten in the preliminary rounds, world champion Davlat Bobonov (UZB) still had the chance to grab a podium finish, against Luka Maisuradze (GEO), but for using his head to throw he was penalised with a hansoku-make, offering the medal to Maisuradze. 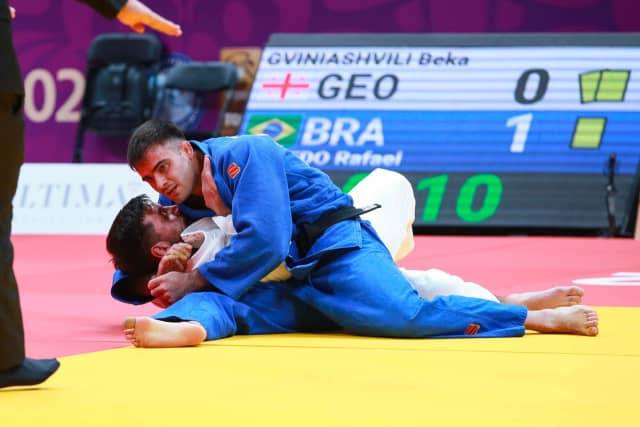 In the other match for a bronze medal, Beka Gviniashvili also had a chance to hang the Georgian flag under the arena ceiling, but so did Rafael Macedo (BRA) and it was the Brazilian competitor who concluded his competition day in style, with a superb uchi-mata for waza-ari, followed with a pin for ippon. 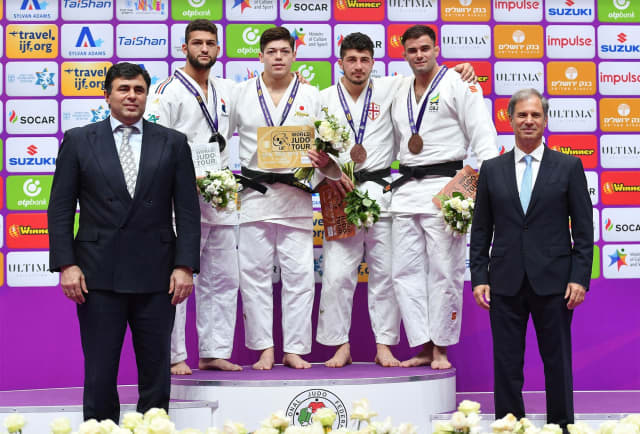 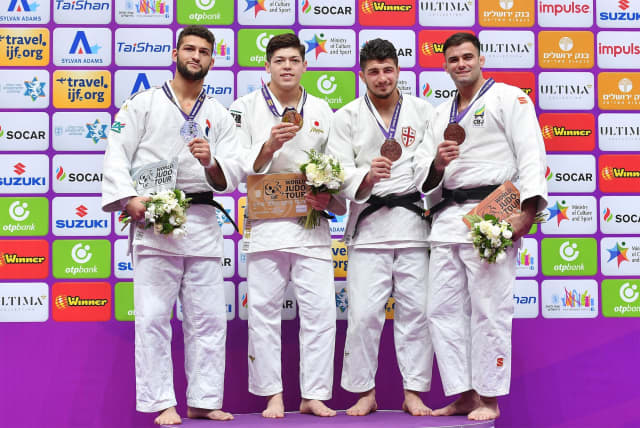