Belgium and the Netherlands join the honours reel in China

Written by Mark Pickering on 13. Dec 2019
Share
Belgium, the Netherlands and runaway leaders Japan shared the spoils on day two in Qingdao, China.

Paris Grand Slam bronze medallist NABEKURA Nami (JPN) defeated world champion Clarisse AGBEGNENOU (FRA) for the first time in a monumental victory to prise away the French superstar’s Masters crown. NABEKURA showed her stamina to score on AGBEGNENOU after five minutes of additional time as the Japanese went under the world number one who marginally went over on her side for a waza-ari score. World number six NABEKURA, 22, reversed the result from a year ago to record a resounding win which has reopened the selection battle for Tokyo 2020. While Rio 2016 pick TASHIRO has amassed a 1:11 record against AGBEGNENOU, NABEKURA now boasts a 1:1 record and beat her teammate today in a dream day for the Hyogo native. 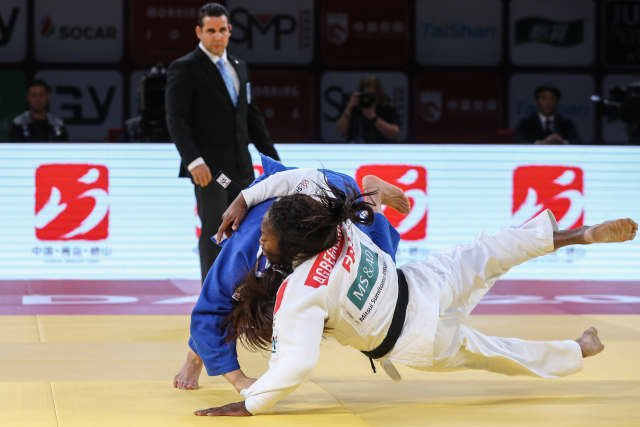 In the first semi-final AGBEGNENOU beat Osaka Grand Slam winner DOI Masako (JPN) after 35 seconds of golden score by a waza-ari score as the Japanese was blocked by the French powerhouse.

The first bronze medal contest was won by TASHIRO who saw off world number 20 TANG Jing (CHN) by two waza-ari scores after as many minutes as an o-uchi-gari settled the opening contest of the final block on day two.

The second bronze medal was won by DOI who pinned the Olympic champion Tina TRSTENJAK (SLO) with a yoko-shiho-gatame for 20 seconds and one of the biggest contest wins of her career. 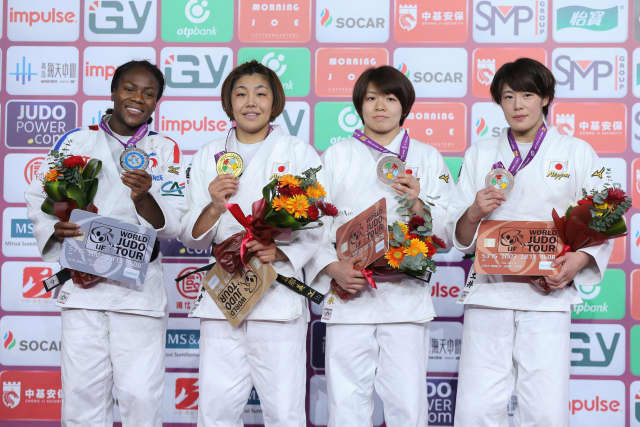 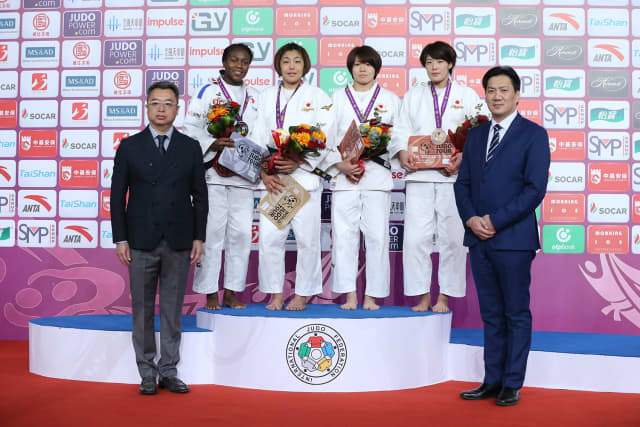 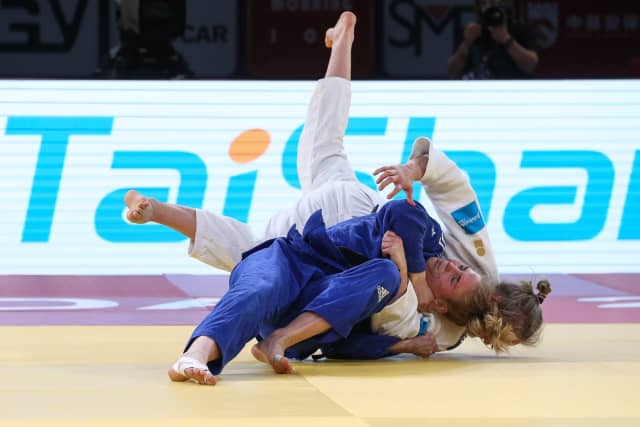 In the first semi-final former world champion ARAI Chizuru (JPN) was shocked by VAN DIJKE by a waza-ari score as the Dutch were on song in their favoured women’s weight category.

In the second semi-final world bronze medallist Margaux PINOT (FRA) fell to POLLING by the maximum score to setup an all-Dutch final.

The first bronze medal was awarded to world champion Marie Eve GAHIE (FRA) who dismissed teammate PINOT after 65 seconds by ippon as the owner of the red backpatch and world number one overpowered her teammate.

The second bronze medal was won by ARAI who trapped Abu Dhabi Grand Slam bronze medallist Michaela POLLERES (AUT) with a tate-shiho-gatame hold after opening the scoring with a waza-ari from a uchi-mata. Austrian POLLERES had to submit to the osaekomi-waza of the Japanese who dominated the contest to return to winning ways. 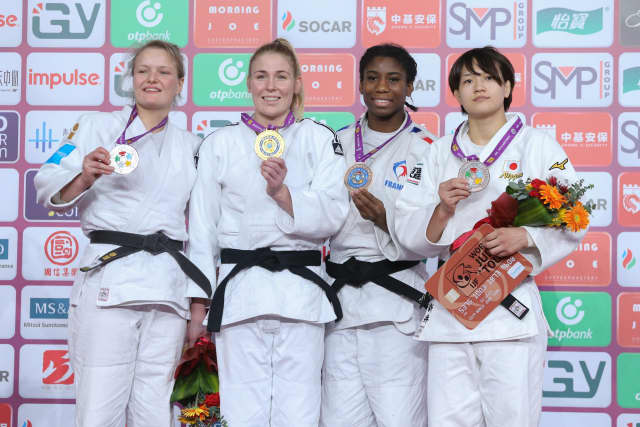 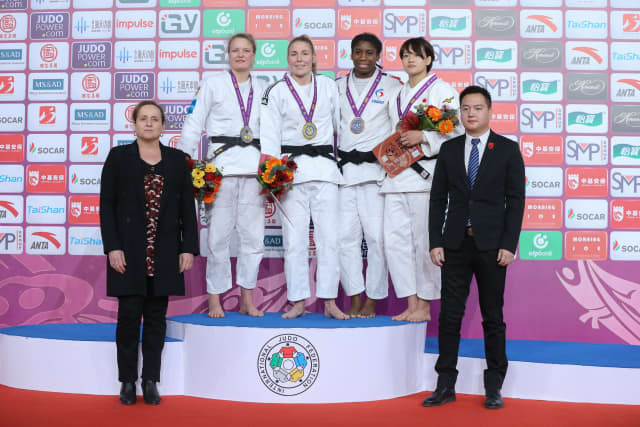 Former world champion HASHIMOTO Soichi (JPN) won the World Judo Masters for the third time as he returned to being Japan’s number two behind Olympic and world champion ONO Shohei (JPN). HASHIMOTO was awarded the victory after Zagreb Grand Prix winner Tohar BUTBUL (ISR) could not compete in the -73kg final due to injury. The Park 24 judoka topped the Masters podium as he did in 2016 and 2017 and will hang on to his slim chances of making the Olympics team with major selections still likely for him in 2020. 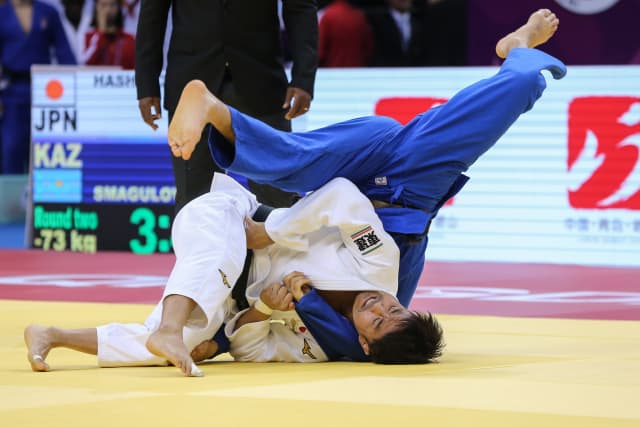 In the first semi-final HASHIMOTO defeated Budapest Grand Prix winner Akil GJAKOVA (KOS) after the judoka from Kosovo suffered an elbow injury from a ippon-seoi-nage by the Japanese star.

The first bronze medal was won by Olympic silver medallist Rustam ORUJOV (AZE) as GJAKOVA could not compete due to injury.

The second bronze medal went to EBINUMA who showed off his sublime judo to at least end his day on a relative high as he launched Montreal Grand Prix silver medallist Victor SCVORTOV (UAE) with a classical seoi-nage for a picturesque ippon. EBINIUMA could not follow up on his Osaka gold medal but salvaged bronze after 14 seconds of added time as judo’s homeland won half of the medals available in the -73kg category in Qingdao. 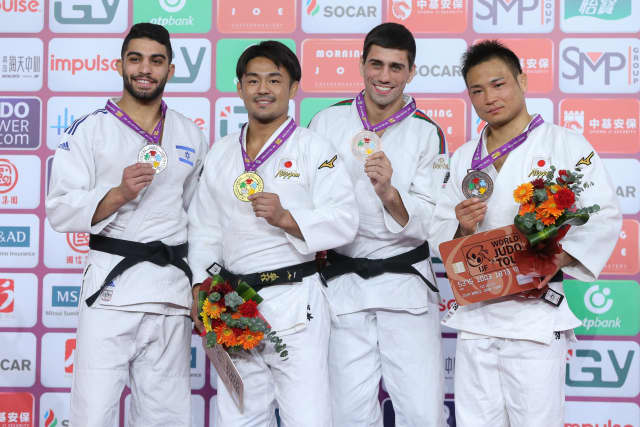 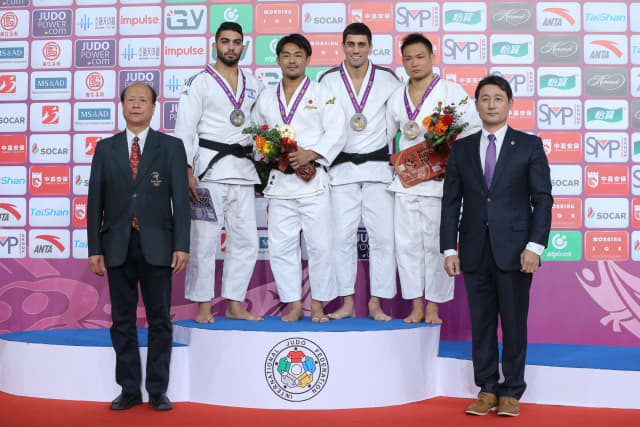 World silver medallist Matthias CASSE (BEL) won World Judo Masters gold after an impressive day in Qingdao. The 22-year-old became his country’s first Masters winner after a rematch of the World Championships final was not to be today with world champion Sagi Muki (ISR) picking up a rib injury during his semi-final. 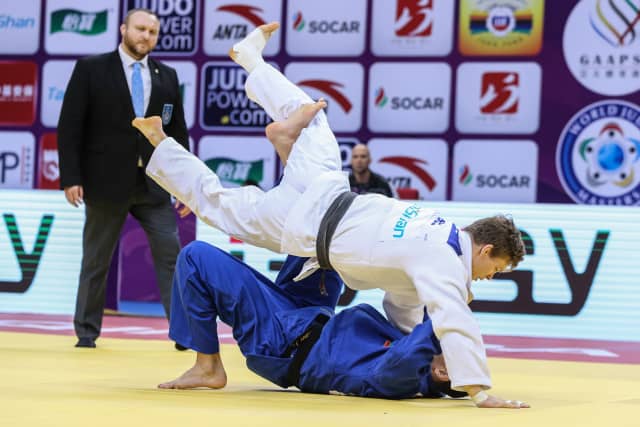 In the first semi-final MUKI bested former world bronze medallist Vedat ALBAYRAK (TUR) as he launched the Turkish judoka for ippon on the edge of the area but appeared to injure himself in the process as he held his ribs after returning to his feet.

In the second semi-final CASSE saw off Abu Dhabi Grand Slam bronze medallist Dominic RESSEL (GER) after five minutes of golden score by a single waza-ari and left the tatami having given everything to book a place in the final.

The first bronze medal was won by world number 14 Alan KHUBETSOV (RUS) who beautifully caught RESSEL with a perfectly timed piece of ashi-waza after two minutes of golden score. Russia’s KHUBETSOV finally executed a de-ashi-barai, after numerous unsuccessful attempts in regulation time, and RESSEL was caught for one of the throws of the day.

The second bronze medal went to ALBAYRAK who caught Antalya Grand Prix silver medallist Christian PARLATI (ITA) with an o-uchi-gari in golden score as both men ended up going through the cardboard advertising boards. 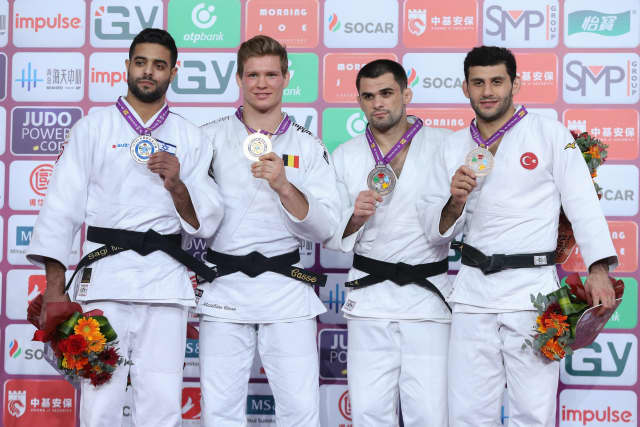 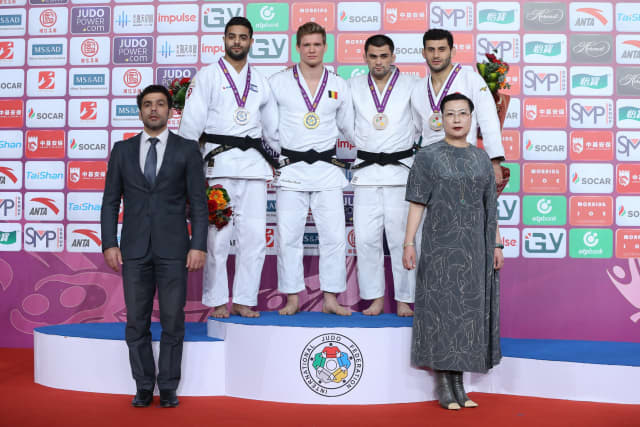