Written by Pedro Lasuen on 10. Jul 2022
Photographs by Gabriela Sabau, Emanuele Di Feliciantonio, Tamara Kulumbegashvili
Share
For a moment we convinced ourselves we were watching the series Game of Thrones. When we looked elsewhere a favourite bit the dust. 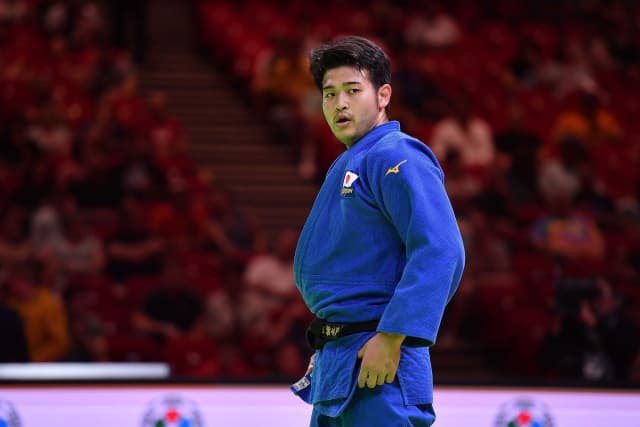 The first was the Belgian Toma Nikiforov. Immediately afterwards, the Israeli Peter Paltchik said goodbye. Azerbaijani Elmar Gasimov decided this was not his war and walked out the back door in the second round. Ok, you will say that his rival was the Spanish Nikoloz Sherazadishvili and that he deservedly won and you are not wrong, but Gasimov is like a thorn in the foot with years of experience in the same category and could have gone further. Another who fell defeated was the Georgian Onise Saneblidze. There were few kingdoms left to conquer and two warriors superior to the rest. On one side the Georgian Varlam Liparteliani and on the other the Japanese Iida Kentaro. 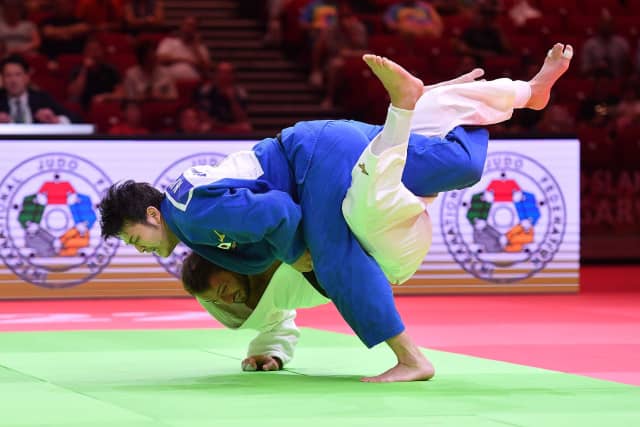 Liparteliani has scars, memorable fights, titles and painful losses. He is the eternal silver medallist on big occasions, an exceptional judoka and an even better person. He is, on the other hand, the only Georgian who works on the ground and has a devastating arm lock within osae-komi. Thus he reached the final as a new version of Liparteliani because he seems rejuvenated and with a more polished judo, if that is possible. He eliminated Danish Mathias Madsen in the semi-finals, author of a sensational tournament, with victories over Paltchik and the Swiss Daniel Eich. 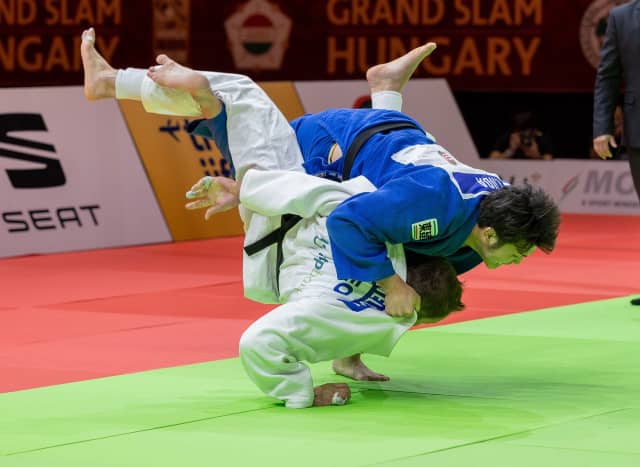 For his part, Kentaro announced the trend very quickly with lightning fast victories against the Maltese Isaac Bezzina and the Kazakh Aibek Serikbayev. The Japanese then had to increase the rate of fire against Saneblidze, but his work of art came in the semi-finals against Sherazadishvili, whom he pulverised in 16 seconds. The final between Liparteliani and Kentaro was logical for what each had displayed until then. 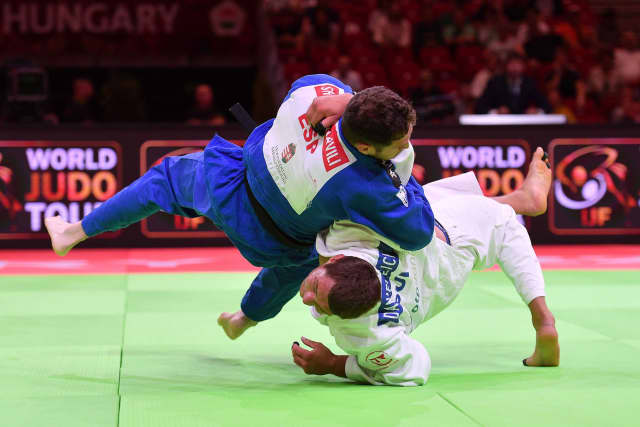 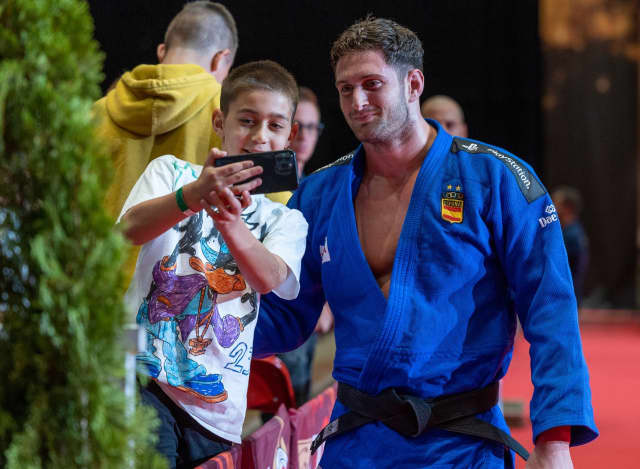 Eich and Sherazadishvili wanted the bronze. Both were trying to get a good grip. The Swiss was very uncomfortable for the Spaniard, very clever, tactically speaking. In golden score Sherazadishvili executed a feint to suggest the makikomi but chained it to a sweep. It was a brilliant bronze by ippon for the Spanish. 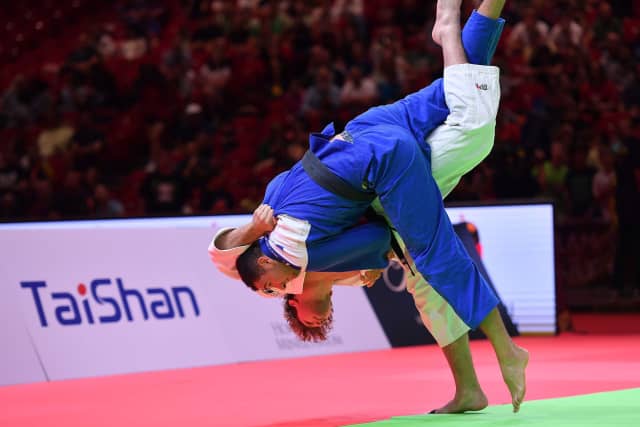 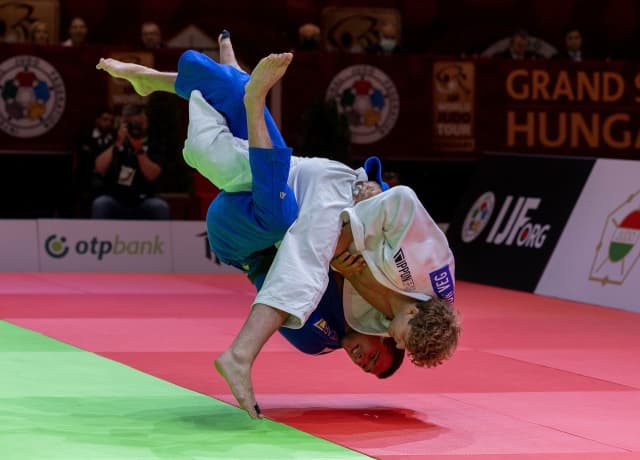 The young Zsombor Veg finished a magnificent day, for him. After eliminating the Belgian Nikiforov, he managed to get into the fight for bronze and gained his first grand slam medal with an uchi-mata masterpiece that unleashed delirium in the stands. 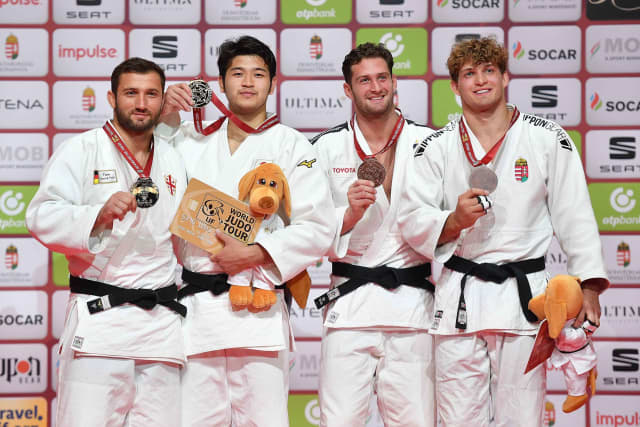 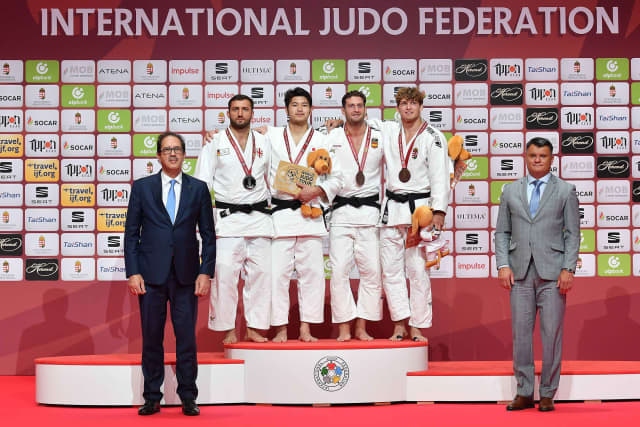 Medals, cheques and mascots were presented by Mr Mustapha Berraf, IOC Member and President of the Association of National Olympic Committees of Africa and Mr Lajos Berkó, Head of cabinet of the State Secretariat for Sports at the Ministry of Defence of Hungary
Tags Grand Slam Hungary 2022
See also
Video
GS Hungary 2022 - Top Ippon