Written by Pedro Lasuen on 09. Jul 2022
Photographs by Gabriela Sabau
Share
“Peace, friendship and unity.” In these times, they may seem bland words, but for us they are not. Those were the words of the president of the International Judo Federation, Marius L Vizer, at the opening ceremony of Grand Slam Hungary 2022, because words are one thing and anyone can do that, while facts are another very different thing. 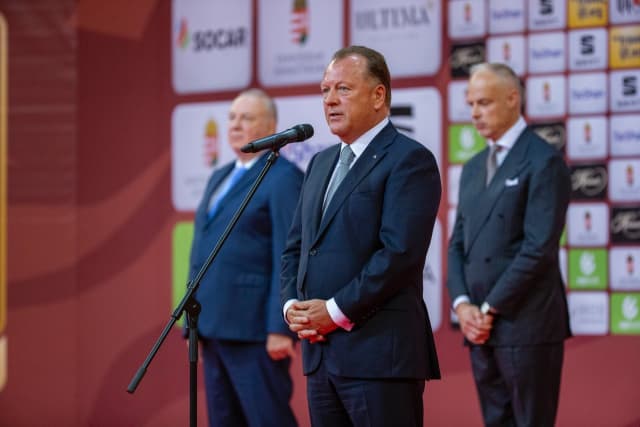 The ceremony began with an emotional and heartfelt minute of silence in memory of former Japanese Prime Minister Shinzo Abe, assassinated on Friday and always a good friend to the judo family. Mr Vizer took the floor to remember that the world needs the values of judo, as simple as they are solid, and somewhat beaten in recent times. 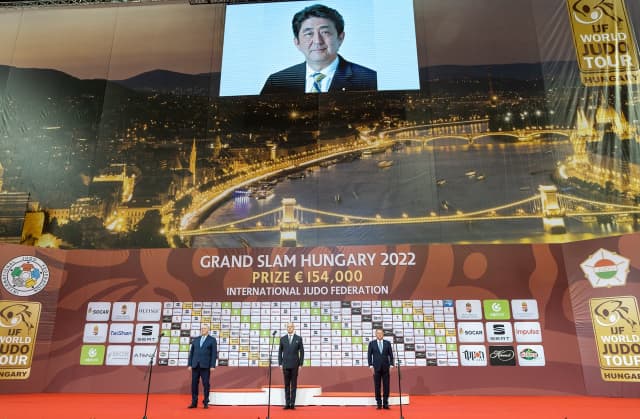 President Vizer delivered his speech with the proof of what he was saying under his eyes. Eight hundred children, three hundred of them from the Ukraine and rescued from the grip of horror by the international federation, thanks to the immense support of the Hungarian Judo Association and the Hungarian government, attended the ceremony. Those are the facts. It looked like a United Nations session, with the notable difference that peacekeepers wear blue helmets and are armed anyway. We wear judogi, it is our language and we fight on the tatami and not outside, greeting each other before fighting and shaking hands afterwards. Those are the facts. 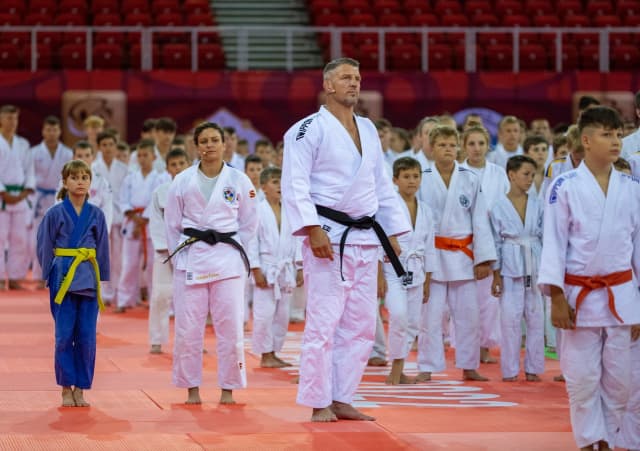 There were moments of kindness and hope that concluded with another tribute to a man of peace. Marius L Vizer, but also Laszlo Toth, president of the Hungarian Judo Association and the European Judo Union, as well as the Hungarian Defence Minister, H.E. Kristof Szalay-Bobrovniczky, presented H.E. Pal Schmitt, former president of Hungary and member of the International Olympic Committee, with a diploma accrediting him as the new ambassador of the International Judo Federation. 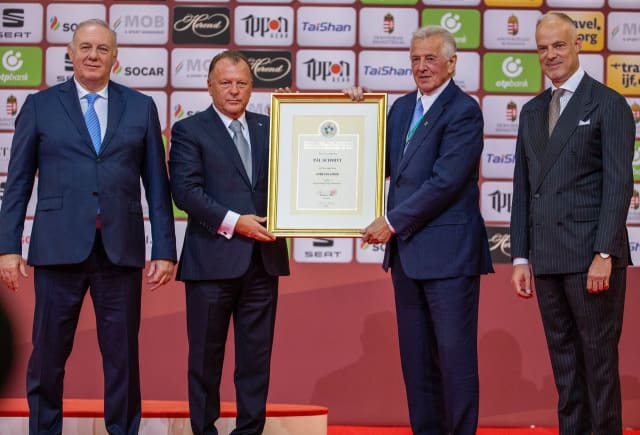 In just over half an hour, judo brought together the past, the present and the future as a continuation of a life project called harmony, education and peace, or judo, if you prefer.