Written by Pedro Lasuen on 10. Jul 2022
Photographs by Gabriela Sabau, Emanuele Di Feliciantonio, Tamara Kulumbegashvili
Share
So many things happened that it is best to mention them in order, slowly and well, so that no one gets lost along the way. First, a bit of protocol, because it is important to pay tribute to those who deserve it. The International Fair Play Committee awarded Laszlo Toth, President of the Hungarian Judo Association and the European Judo Union with a lifetime award that he received from the hands of the former president of Hungary and new ambassador of the International Judo Federation, H.E. Pal Schmitt. 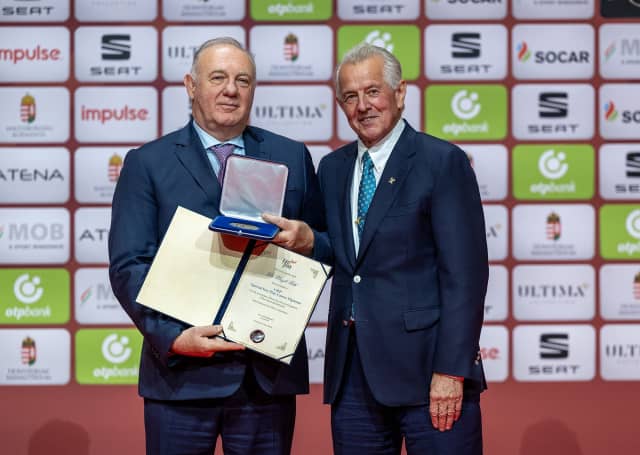 Now, let's sweat. -90kg is the lightest among the so-called heavy categories. Athletes are taller and stronger, but still agile and fast enough. There is a lot of wear and tear, especially as the hours go by and the battles continue. The other attraction is the high number of judoka of enormous quality. That is why it is difficult to predict and Budapest was an excellent example of this.

Christian Parlati had two easy opening rounds, if that adjective can be applied to judo. In the quarter-finals the Italian met Serbian Nemanja Majdov, who is one of those judoka with thorns, poisonous, with various tricks in his suitcase. Parlati won, and was pleasantly surprised to avoid first-seeded Azeri Mammadali Mehdiyev, eliminated by the unexpected Hungarian Gergely Nerpel. We say pleasant surprise, not because Nerpel was unworthy, quite the contrary, but because he reached the quarter-finals without an ounce of energy. Parlati won his ticket to the semi-finals, where he faced Rafael Macedo. The Brazilian also passed his test for the day with flying colours, first defeating German and Olympic runner-up Eduard Trippel, fighting for bronze afterwards. Look at the number of title candidates we've talked about and we're not even halfway there. 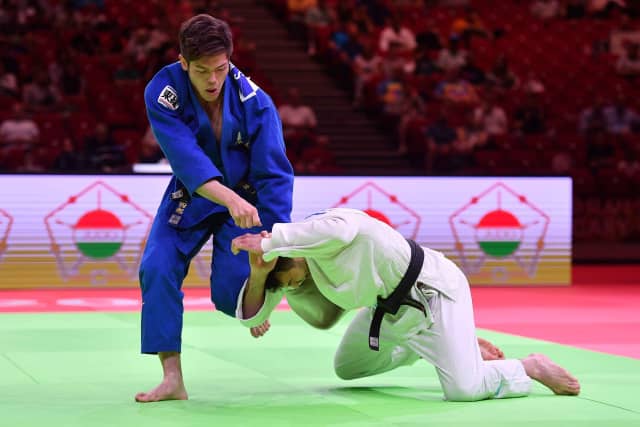 At the bottom of the table, Cuban Iván Felipe Silva Morales was one of the most serious candidates. His first two fights were a formality, but in the semi-finals he crossed paths with Sanshiro Murao. We already said it when he won gold at the grand slam in Paris, we are fans of the Japanese. At 21, Murao is like a melody, capable of changing rhythm and tone depending on the moment. He seems lighter than his opponents, but has devilish speed, is always on the move and has the refined technique of the Japanese school. Watching him fight is a delight and in Budapest he was no joke. He had two delicate moments, one with Frenchman Maxime-Gael Ngayap Hambou and another later, in the semi-finals. Murao got rid of Silva Morales and faced his second big obstacle of the day, the Georgian Beka Gviniashvili. If the Japanese is light as a wasp, Gviniashvili is a bull, robust, solid, always looking for contact and ippon. It was an opposition of styles worthy of admiration for the waste of energy and the number of attacks deployed by one and the other. Murao won, fresher, more whole and we still haven't talked about the final. 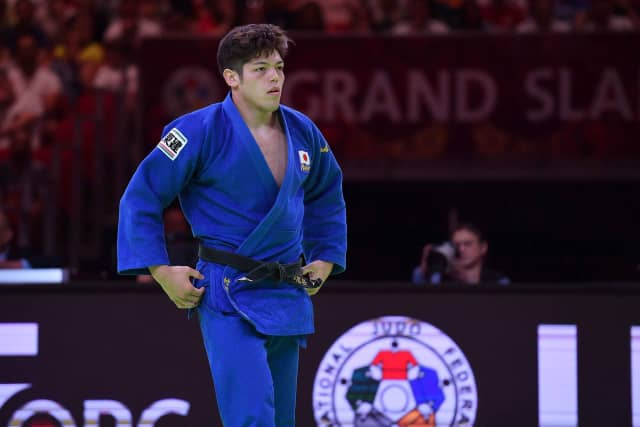 Parlati against Murao, the youngsters took, with their personal weapons, a category that is always a guarantee of spectacle. Murao continued his triumphant series playing his great melody, winning gold by eliminating Parlati in a final that we expected much more from. It was the sixth title for Japan in Hungary. 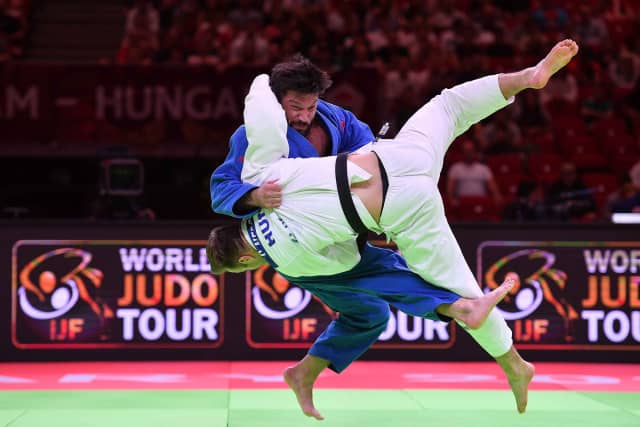 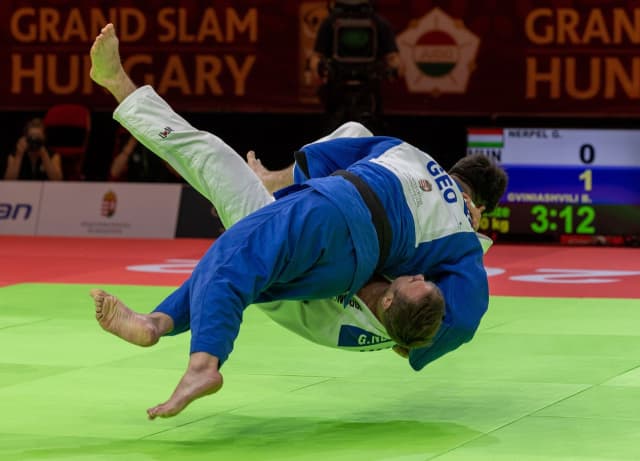 Gviniashvili was unhappy with his semi-final loss and crushed Nerpel in the bronze  medal match with ashi-waza for waza-ari right off the bat and a brutal pick-up seconds later. Yes, the Georgian was not happy; maybe he is now! 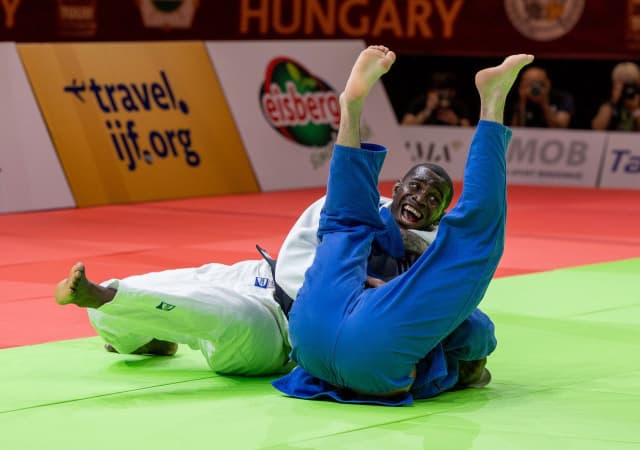 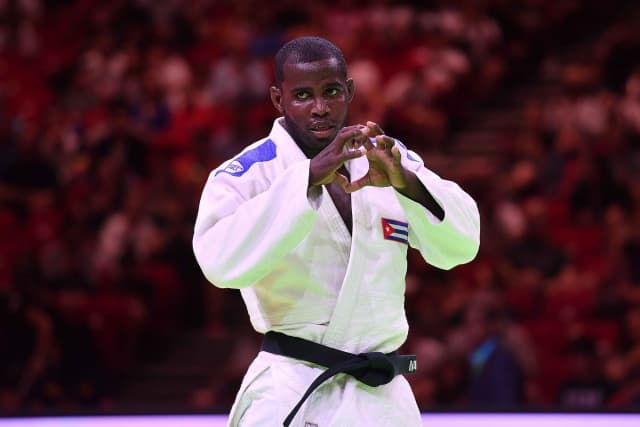 Silva Morales and Macedo shared the second fight for third. What at first seemed like it would be a lot of obrigado ended in many thanks and the medal returned to Havana with a beautiful sumi-gaeshi by Silva Morales. 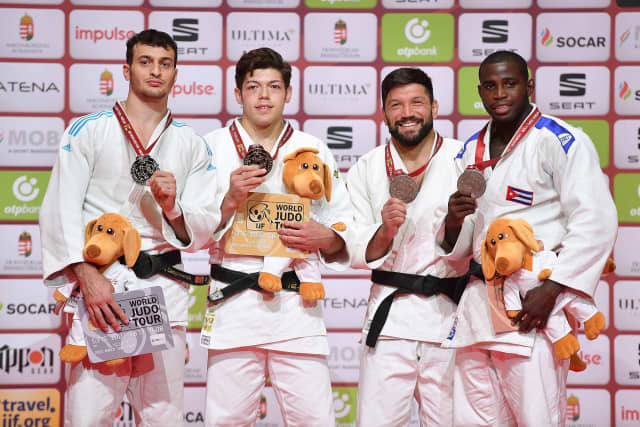 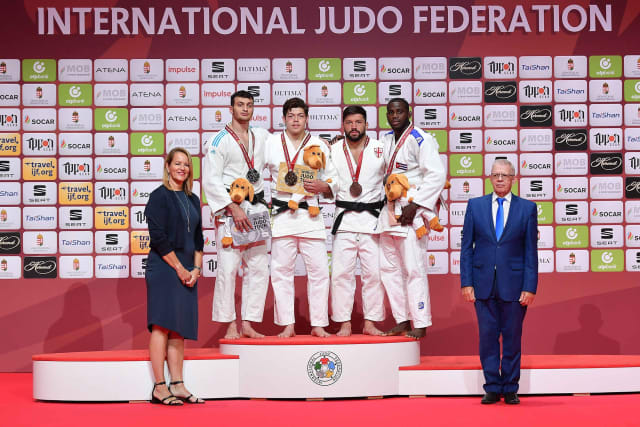