Written by Pedro Lasuen on 09. Jul 2022
Photographs by Gabriela Sabau
Share
It looked like a scene from a Mel Brooks film. We asking Charles Koshiro Chibana in English, our colleague and friend of the Brazilian, Leandra Freitas, translating into Portuguese, and Chibana himself amazed because Leandra repeated our question in English instead of in Portuguese. It was a funny involuntary way to break the ice; it's what happens when someone speaks many languages, like Leandra. In the end, with fatigue, it ends in a linguistic tutti fruti. 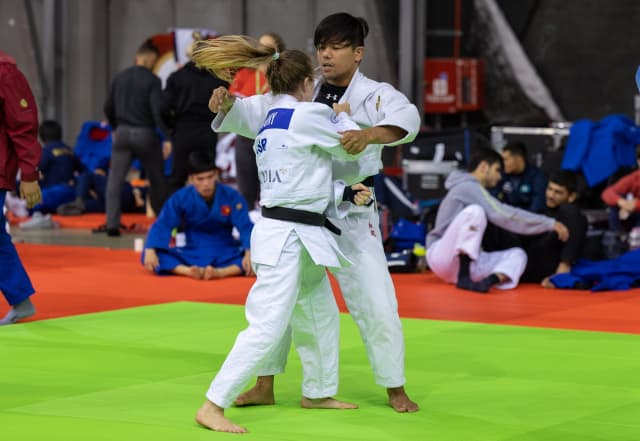 Charles is 32 years old, a young coach who, as they say, was competing until the day before yesterday. Now retired, but without wrinkles, we want to talk to him so he can tell us how he is doing because in just a few months he has found a new role.

"In March I got the call from Shany," begins Charles, and this time Leandra is not mistaking the language. Shany Hershko is the boss of the Israeli women's team. “He needed help and I accepted.” The truth is that Shany, like a few countries, such as Japan or France, has what we have previously called a rich man's problem. Charles explains it in his own words. “It is a very strong and dense team because there are many in all categories and they all aspire to win medals.”

Having several options is on the one hand the dream of any coach and on the other a headache because you have to choose and there are always one, two or more left out of the competition for the benefit of another. Ok, well, what about the team? What were your first impressions when you arrived? 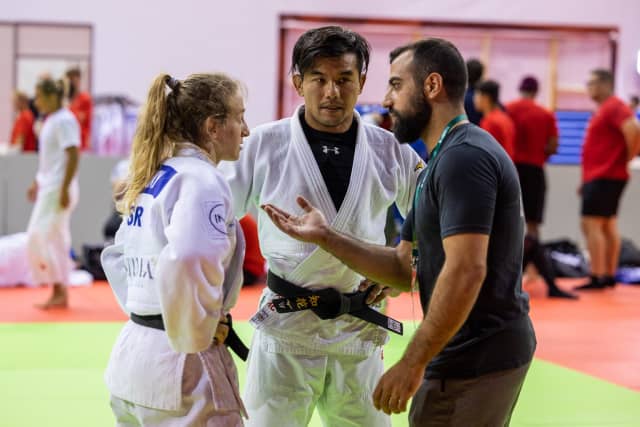 “It is a powerful squad, very determined and eager to succeed. Yes, the most striking thing is the will they have.”

In that case and because Israel has excellent coaches and a budget, Chibana has to come up with something else. “You have to work on tactics, take them further, because the problem is that the best ones are increasingly studied by the opponents. As Israel is becoming more and more successful, it is normal that they look at us with a magnifying glass. That is where I can help.”

It's what Charles has been doing since April. He says that he likes everything about Israel, the food, the weather, the atmosphere, everything. He also wants to thank Shany publicly for his call because, after all, he is the one who offered the job. Here we leave Charles because he has just begun a new adventure and there is not much more to add so far and also because the final block is going to begin and we have to work.

Charles Chibana walks back to his team, now coaching but we can almost hear the jingle of his 3 continental gold medals and his 8 World Judo Tour medals in his back pocket, being put to good use in a new way and in a new country. We say goodbye, muito obrigado, thank you Leandra, thank you very much Charles and see you soon to say shalom.