The Promise of a Spectacular Close to 2022

Written by Jo Crowley on 18. Dec 2022
Photographs by Gabriela Sabau, Emanuele Di Feliciantonio
Share
The finale of the year on the World Judo Tour is bringing an almost full compliment of the judo family’s elite to Jerusalem for the World Judo Masters. Twelve of the 14 world number ones are here.

Sheldon Franco-Rooks has been on the World Judo Tour since day one, commentating for the IJF all over the world, seeing it’s evolution, since 2009 and even before the World Judo Tour was established, as it is now. He’s now on his way into Jerusalem and is looking forward to an immense spectacle.

“It’s going to be carnage from round one in every weight. Even the world number 6, 7, 8 aren’t going to have an easy run to the quarter-finals.

The men’s heavyweights, for me, isn’t necessarily sitting in the right order at the moment but we can be sure it will be by the end of this tournament. There are only a couple of contenders missing but it seems any gaps have been filled by lower ranked but accomplished and dangerous Japanese judoka. When 1-8 on the WRL are here, there’s no hiding place. This is as hard as it gets. We could even say it’s as tough as a Games." 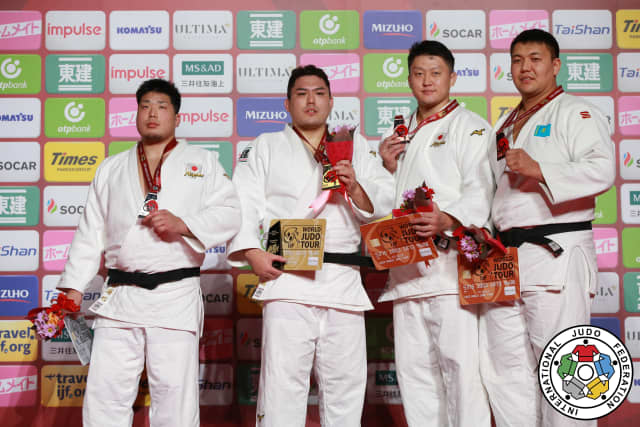 "The -63kg category this time round could be the unfortunate weight for spectators or maybe it’s going to be the most exciting, depends on your perspective, with Tina and Clarisse missing and a couple of other injuries from people who can bring a big performance. Miku Tashiro hadn’t medalled on the WJT for over 18 months until she arrived in Tokyo the week before last and obliterated the field to take the gold. However, during that 18 months she did get married and so arrives in Jerusalem as Miku Takaichi but make no mistake, it’s the same razor-sharp competitor we have seen in the past. She won in Tokyo when Horikawa blew out, having won in Tashkent. Trajdos, Fransen and others from the old guard have gone. Maybe Takaichi can clean up again as she did two weekends ago. The last few years have seen all the medals shared between the three of them, Tashiro, Agbegnenou and Trstenjak but now the world number one is Renshall of Great Britain and she’s not going to have an easy time of it." 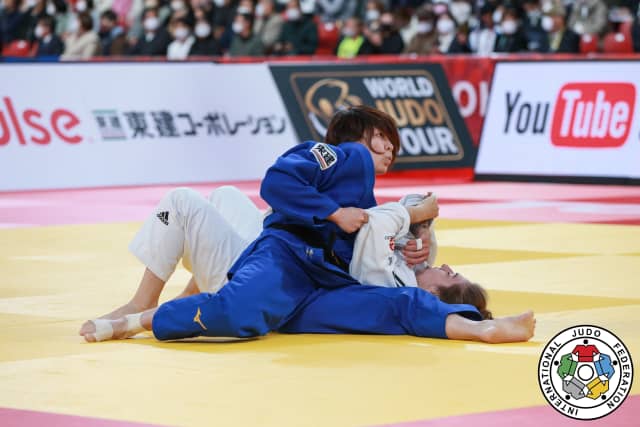 "In the women’s heavyweight group we all want to see Dicko come face to face with the Japanese. Tomita and Sone are here and one of them really should win it. We could see Dicko step up perhaps and take it from them. She might just be the only one from the rest of the category with the confidence needed to fight such strong opposition. Zabic of Serbia, so small compared to many, comes with really great movement and endurance. I like watching her tactically, usually impressive. Although I think it should be Dicko and one of the Japanese women in the final, I’d like to see her do well." 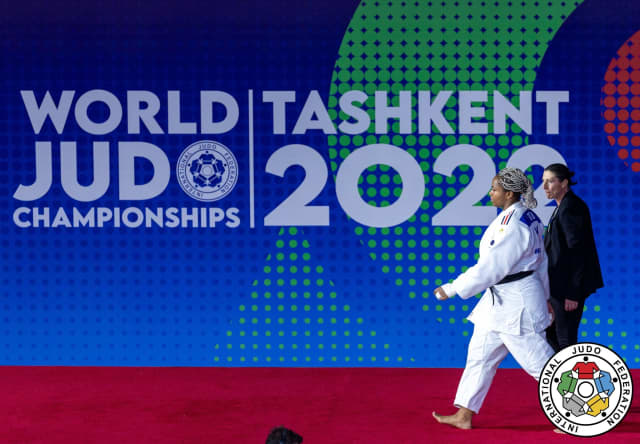 Dicko (FRA) on the way to world championship gold

"Across the board, the biggest thing I will be looking forward to, is the undoubted quality of the event. Even though we have said what a great world championships we had in Tashkent, here it promises to equal or even be better than that, wow! With so many athletes in great shape following strong preparation for the worlds, plus the Japanese that came back to the mat after a while out to compete in Tokyo, all in all it’s the best possible way to close out the year.”

The draw will be streamed online tomorrow at 2pm local time. Sheldon will be ready!